The Paint Spot on the Merry-Go-Round: Social Media and Narrative Freedom 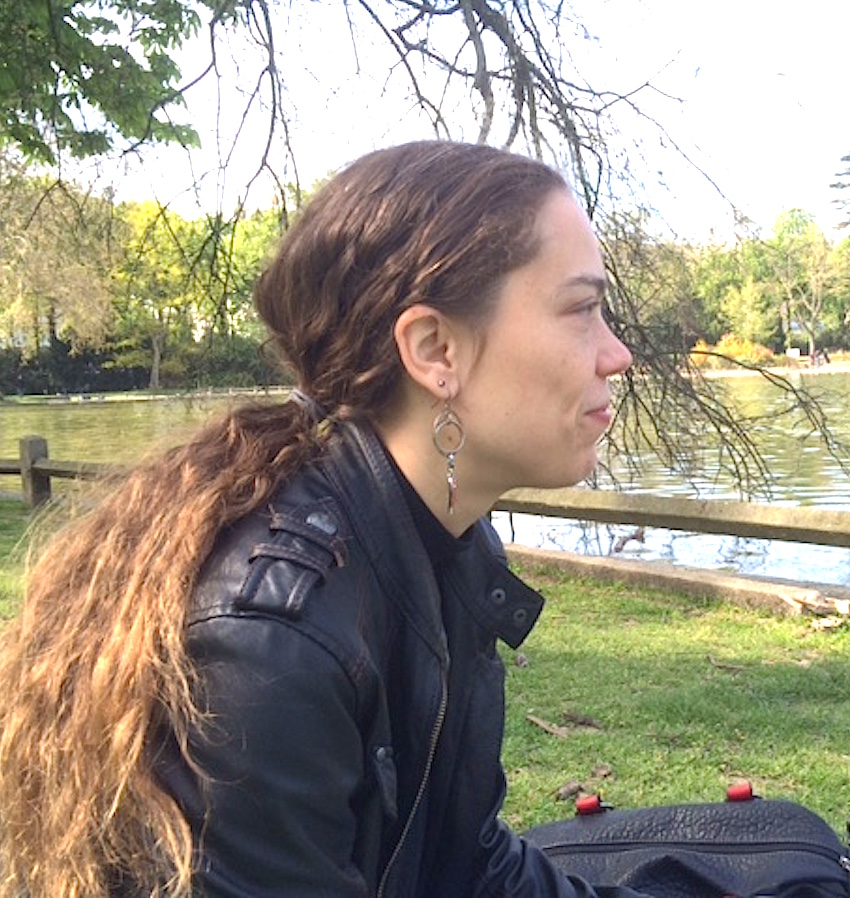 In the theater of my mind, the idea of pop culture tends to evoke an averse combination of gaudy colors and flashy lights, sealed with a signature bubble gum hot pink. In mulling over this theme, though, the notion of narrative keeps coming back to me like an unexpected paint spot on a merry-go-round, seeming more and more an integral part of the whole each time it comes around.

And where is pop culture, anyway? What is it? It’s not a person, nor a place, nor an object. It is an idea, but it also has concrete presence in three-dimensional (and virtual) reality. Its voice, spoken through selected and molded narratives, weaves its way through film, television, magazines, and the like. Yet all the while it remains elusive to me, a nebulous constellation of memes and mores, values and visions, both influencing and shape-shifting in response to a public that somehow seems to remain large enough and voracious enough to sustain the industries that feed it to them.

One key element that is both present in and influenced by prevalent narratives in pop culture is the idea of life trajectory. These narratives presume certain personal and collective path tracings, each with their own milestones corresponding to different life stages and chronological ages. These narratives also differ from one another depending on a myriad of criteria, among them gender and sexuality. Pop culture narratives shape how we see not only each other but also ourselves. These narratives impose messages about what is “normal.” With the internalization of these messages can come a deep-seated fear that any divergence from these “normals” may mean something is wrong with oneself and needs to be fixed.

Needless to say, the impact of these narratives on those whose life trajectories diverge from them can be harmful.  It can lead not only to being subjected to structural oppression and social stigma but also to self-pathologizing of aspects of oneself which are in fact completely normal and benign. Pop culture narratives about bisexual women are full of messages that paint bisexuality in women in a socially deviant light.  My impression is that these narratives often portray such individuals as either broken and out of control, or superconfident and hypersexual—or both. The internalization of these messages has certainly taken its toll on my self-esteem and self-image as a woman on the bi+ spectrum, and I’m still unpacking the baggage that these narratives have mistakenly delivered to the address of my psyche.

A newer vehicle for pop culture narratives like these and others complicates and complexifies the matter: social media.  Channels have opened up for disparaging messages about marginalized identities to be spooled out at unprecedented rates not only at an industry level but also at a social level.  Instead of having to be woven into a movie plot or published in a magazine article, biphobic conceptions of bisexual women can now be broadcast within seconds to millions in the space of 280 characters or less, and the effects seem to me to be no less damaging. Individual voices now have platforms that allow them to participate in the perpetuation and evolution (or devolution) of oppressive pop culture narratives.

At the same time, it is this very element of individual agency in the stories that get broadcast that seems to me to also be allowing for a more diverse range of narratives to be told by those who are living them and making sense of them, and heard by those who finally see themselves in someone else’s experience and realize they are not alone, not broken.  From coming out videos on YouTube to online discussion forums for individuals questioning their sexuality or gender identity, people are waking up to the realization that their stories don’t have to “fit the mold,” or even look like anyone else’s.  In fact, the more someone thinks they’re the only person in the world who feels the way they do, the more their voluntary sharing of their personal narrative may actually be a breath of fresh air—and in some cases quite literally a lifesaver—for many others who thought they were alone, too.

It seems to me that the space that is opening up for people to define their own personal narratives for themselves is also carving out room for the emergence of a new collective narrative.  On platforms like YouTube and Reddit, I have heard and read so many monosexual and non-monosexual people alike encouraging those questioning their sexuality or gender identity to take their time, reassuring them that there is no rush to have everything figured out nor to ever choose a label for themselves if they don’t want to.  More and more on social media I hear mentioned that sexuality and gender are fluid and that the way one understands their own sexual orientation or gender identity can change and evolve over time.

For many individuals, this narrative seems to serve as a buffer against a contrasting predominant narrative in pop culture that says one has to have their sexuality and gender identity all figured out for life as soon as possible.  This latter narrative is monosexist and cissexist “ism”s (which are the fault of cisheteropatriarchy, not of monosexuality or cisness) and can be particularly distressing for individuals who are questioning their sexual orientation or gender. It also puts pressure on everyone to stick to whatever sexual or gender identity we each currently hold.

Some (perhaps to subconsciously manage societal anxiety around perceived relative ambiguity) use the narrative of fluidity to invalidate bi+ and gender non-binary identities as non-distinct (e.g., with arguments like, “Everyone is a bit bisexual,” or “We all have masculine and feminine qualities within us”) and to invalidate sexual and gender minority identities as being “just a phase.” In spite of this, I think this fluidity narrative’s acceptance of shifting, evolving, or non-binary identities makes it a narrative that could be considered not only bi-affirmative and gender non-binary-affirmative but also important for individuals questioning their sexuality or gender.  The personal exploration inherent in the questioning process may help individuals engaged in it to come to terms with what they may eventually understand their sexual orientation or gender identity to be, while taking the pressure off to ever have a definitive answer about this.  This fluidity-accepting narrative seems ultimately affirmative of self-definition, because it allows space for someone to feel free to imagine themselves outside of their current self-concept if they feel drawn to do so.  Using this narrative to invalidate anyone’s self-definition—no matter how exploratory or solid the self-defining individual feels that self-definition to be—is a reflection of the attitude of those using the narrative in this way, and not a reflection of the narrative itself.

We have entered a new era of participatory pop culture in which spectators are now rewriting the script. By questioning dominant pop culture narratives that frame harmless facets of personal experience as “abnormal,” we can become agents in our own meaning-making, storytellers speaking our own personal truths, and, in doing so, inspire others to do the same for themselves.

Looking closer, I realize the paint spot on the pop culture merry-go-round is not simply narrative, but specifically social media as narrative vehicle. It can be seen as a blemish, staining the armature with unchecked personal expressions of stigmatizing attitudes running rampant. It can also be seen as the emergence of new possibility for going against currently established color schemes of the merry-go-round. Like any tool, it has the potential to harm or to help. The difference is in how and for what it is used. If we are to use it, may we do so to both personally and collectively birth and rebirth narratives that help us to feel more whole and that inspire others to do the same for themselves.

Lila Hartelius is a neurodiverse, bilingual (English & French), multidisciplinary queer artist and writer who is honored to have had the opportunity to be a EuroBiCon workshop leader. She loves cats, creative and expressive arts, ecological intelligence, and brain-friendly approaches to anything from folding laundry to becoming an Olympic ice skater.