Partner with a Man? Oh, My. 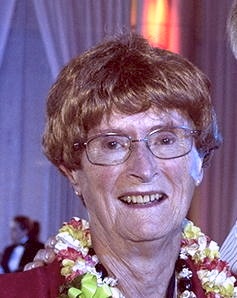 Partnering with a man, having any kind of an intimate relationship with a man, was an impossible situation 16 or 17 years ago. It would not only have meant I was gay; it would have meant gay sex. You know, um, different, uh, body parts. And that wasn’t possible. I mean, I was a heterosexual male… a male to female transsexual, true, but come on, I just wasn’t built that way.

Eventually, I realized that once I had my sex reassignment surgery, it would all be different. I’d be at the opposite end of the binary, and of course I could be intimate with a straight stick male. (No pun intended.)

Six months into hormone replacement therapy, and I surprised myself with an “Oh my, isn’t he nice” moment. That was an awakening. My mind was getting there, but my body wasn’t yet ready. I was still 95 percent interested in women, sure that I wouldn’t remain alone after divorce. (My soon-to-be ex-wife was unable to accept my gender change with or without sex change.)

A spiritual friend assured me that my life partner was being prepared. Oh, great. I wondered what she’d be like. Would she mind that I was modestly interested in men in a sexual way?

It took about a year, but my new life partner did appear. It took another year, and then we married. I was still nominally male; so I appeared on the marriage license as the husband-to-be, and she appeared as the wife. Funny thing, though, by then my name was Robyn Marie and hers was Emery Christian. After our church wedding, that one man/one woman union rapidly morphed to two women and then to one woman/one man. First, my male to female surgery and then Emery’s female to male surgery. And then the intimacy with a man…check. And then the sex with a man … Oh, wait; we’re old, and not all FTMs are sexually drawn to women.

So here we are, very much in love with each other and very happy in our very active, nonsexual lives.

Would I have liked to have the new straight or the new (for me) lesbian or bi experience? You betcha. But I/we are the old-fashioned, true-to-our vows type of couple; so at 78, those experiences will be looked forward to in my next life. One of the challenges of partnering with a man.

Robyn Walters is a 78-year-old transwoman, PhD, diver, radio amateur, whale sanctuary docent and lecturer and editor of her husband’s many novels and short stories. In other words, she is a busy wife, parent, grandparent and great grandparent living the good life on Maui, Hawai’i.