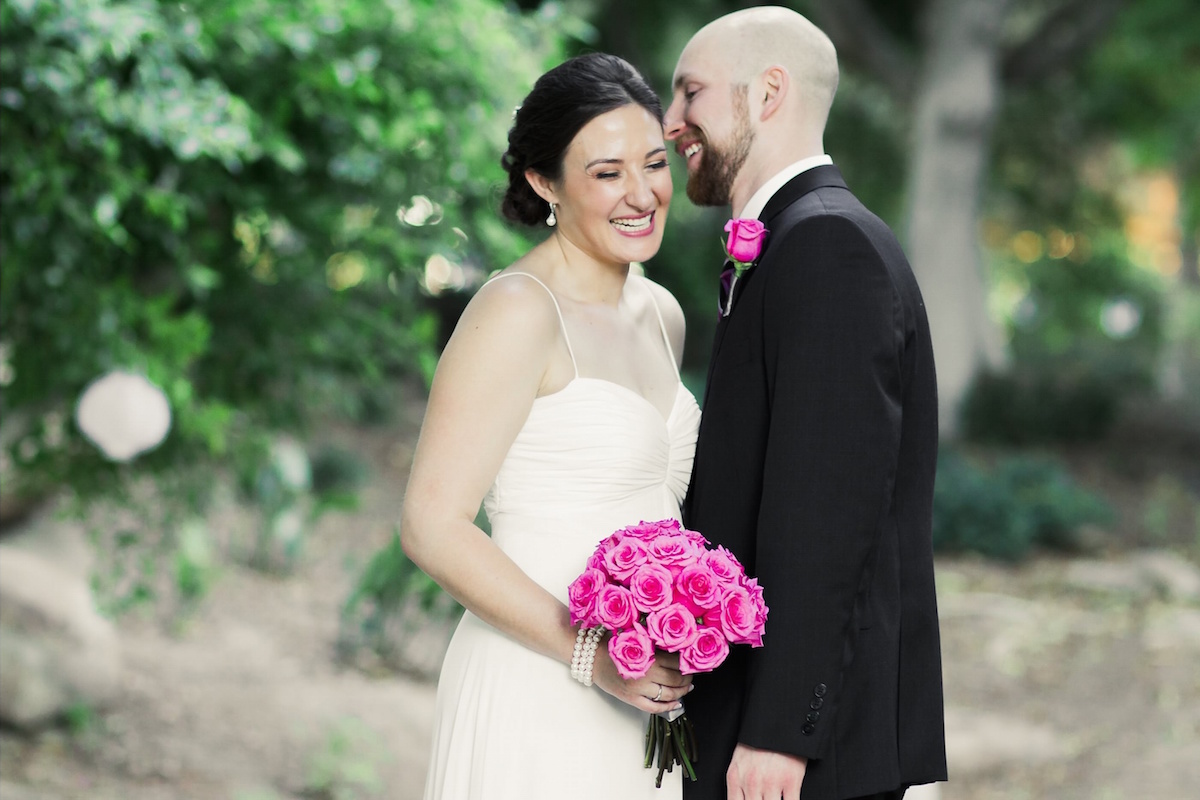 As a newly married person (one year as of November 8, 2015), I’ve never been more proud to proclaim my bisexuality – and part of that reason is because regardless of my past and present advocacy, it is all too easy to fall back into the invisibility of my closeted days.

Well-known to bisexuals, allies and LGBTQ+ community members, that damn closet is ever-present, sometimes most so for bisexuals who are in otherwise-seeming relationships, not to mention marriages. Once the ring is on the finger and the legal documents are signed, for a monogamous bisexual like me, if I am not loud and proud in my bisexuality, I will be seen as straight – as someone I am not and never have been.

Making the decision to marry my partner last year was not difficult – they are the person who is always there for me, come hell or high water; the person who loves me unconditionally; the person who knows how to calm me down from a panic attack or lift me up from a wave of depression; the person who can make me laugh harder than just about anyone else. No, saying yes to their proposal was not difficult; the difficult part is the enduring need to come out on a daily basis, sometimes multiple times a day, to those who don’t know yet.

No matter if I’m draped in the bisexual pride flag (most people outside of the community wouldn’t recognize it anyway), unless I’m shaking your hand when we meet and identify as bisexual (which can be awkward), or I come out by describing my activism (which rarely comes up in conversation fluidly), or tell you what my book Queer Greer is about, you will assume I’m heterosexual.

There are some family members of mine who assumed that, since I am a married woman, my activism days were over – they truly didn’t understand why I needed to be vocal about being bisexual. “It’s not about me,” I have tried to explain, multiple times. “It’s about the kid I used to be and the kids out there now who don’t know who they are. The kids who are still being told they’re wrong, that there’s something wrong with them. It’s about them.”

And as my partner and I think about having children, they will be born into that society and world as well. I have the responsibility to teach them who I am, what the bisexual community means, what being LGBTQ+ is; I have the perspective to give them perspective and, hopefully, shape them into more empathetic, loving people as a result.

I believe that the haters hate what they don’t understand or what they see in themselves and cannot fathom. The more the activist community educates, the more people we can reach who see themselves in us, as well as those who have simply not had the chance to learn what being bisexual means – and what it doesn’t mean (let’s get past those negative stereotypes already, okay?). The wider the vast spectrum of bisexuality and all it entails is portrayed and advocated for (single bisexuals, polyamorous bisexuals, monogamous bisexuals, bisexuals of color, trans+ and genderqueer bisexuals…), the more acceptance can be had.

Even as a woman married to a man, I am #StillBisexual. And I am proud.

A.J. Walkley is the author of  Queer Greer and  Vuto. She is a BiNet USA board member. An earlier version of this essay appeared on the BiNet USA blog. #StillBisexual is a social and video campaign aimed at dispelling the misconception that bisexuals don’t stay bisexual once they are in a committed relationship.

END_OF_DOCUMENT_TOKEN_TO_BE_REPLACED

From the Editors: Partnering With Men