How Pretty Little Liars Helped Me Leave the Catholic Church 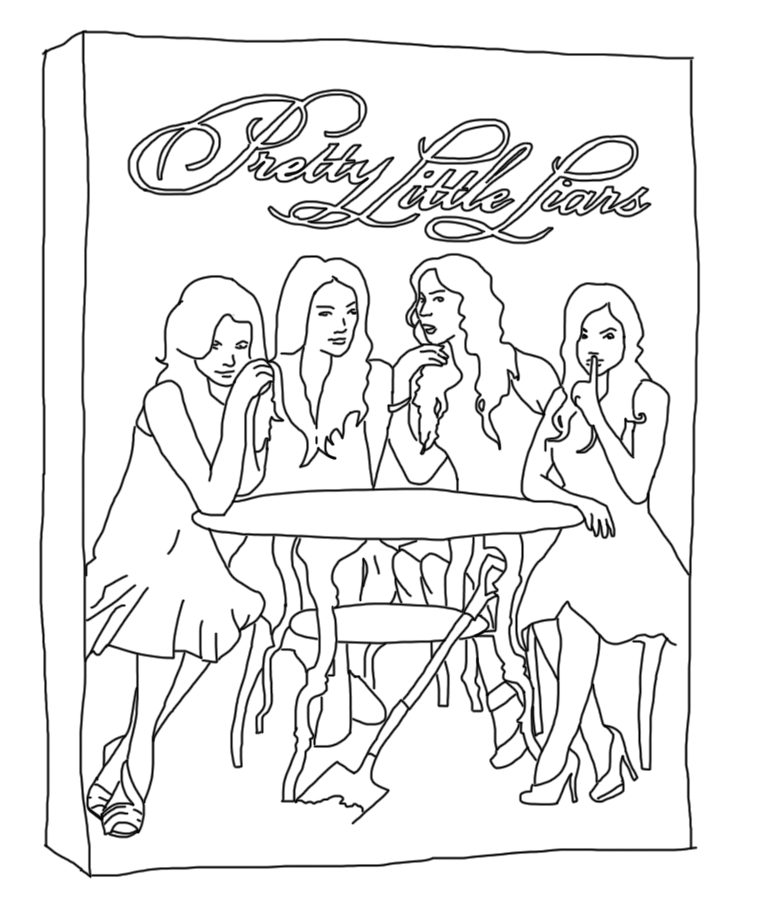 I’ve never really understood the distinction between traditions and habits. Throughout my childhood, going to Mass was a tradition, in that we did it every year with our extended family on holidays like Easter and Christmas. It was also a habit, in that we did it every Sunday, though none of us could really tell you why. Once a week, we would stumble through the too-heavy double doors, bleary-eyed and half-awake, because, well, that’s just what we did.

I’m a creature of habit. For this reason, I had always enjoyed the monotony of going to Mass—hearing the same man recite the same scriptures, in the same building, with the same people inside of it, year after year. It gave me time to be in my own head, which was and is one of my favorite places to be. Somewhere along the way, though, the church began to feel less like a home and more like a prison. Those same people in the surrounding pews, who I had seen every Sunday since I was a child, were no longer guaranteed allies, but rather potential enemies. If they knew who I really was, they wouldn’t be smiling at me like that. They wouldn’t be taking my hand for the sign of peace. Maybe they wouldn’t even let me inside this place at all.

By the time Easter 2012 rolled around, I was a 13-year-old time bomb. I had been waging a silent war on myself since I realized I was attracted to girls, feeling at odds with the church I had grown up in. My family, much like the church, had traditions to go along with the Easter holiday—namely, an Easter egg hunt around the house, which ended with a basket full of goodies from the bunny himself. This particular holiday, my basket contained one very special gift—season two of Pretty Little Liars on DVD, nestled in-between candy, a not-so-subtle pack of razors, and shaving cream. Needless to say, I was thrilled.

As I held the DVD case in my hands, watching my parents and cousins scrambling for their jackets and shoes, I had one singular thought in my mind: “I don’t want to go to Easter Mass. I want to binge-watch Pretty Little Liars.” It hadn’t felt like an option back when I thought I was going to hell for all eternity, but now it was so clear: I could just… not go to Mass. All it took was the promise of watching a season of a TV show that wouldn’t be on streaming services for another six months for the realization to happen. Strange, sure, but there it was. “Mom,” I said, feeling braver than I had in years. “I don’t want to go to Mass today.”  And that was that. Sure, my parents weren’t thrilled, but in the end, I got the house to myself (plus Aria, Spencer, Emily, and Hanna, of course).

Once I’d broken the pattern, it was like the spell had worn off. If I didn’t have to go to Easter Mass, maybe I didn’t need to go to Mass at all. Maybe I didn’t need to go through with my Confirmation, either (a decision that would cause quite the stir a few years later, mind you). As I settled into the couch, I felt freer than I had in years. For the first time in my life, I felt like I could be whoever I wanted to be—and who I wanted to be was someone watching a teen soap about lives that were nothing like my own.

Sometimes I wonder what would have happened if things had been just a bit different back then. If I had been born cisgender and heterosexual, perhaps I would have stayed in the church—perhaps I would still be a devout Catholic now, citing scriptures in my Instagram captions and wearing a cross around my neck. Perhaps, if the church had been more accepting, I would have avoided all that heartache and self-loathing. Perhaps I would never have left at all. In a way, I feel robbed—after all, if I’d been able to keep my faith, maybe I would have had better tools to deal with the things life was going to throw at me in the years that followed.

Mostly, though, I feel grateful. I feel free.

I’m 23 years old now, working a full-time job that I love and living with two of my best friends in the world. It’s been almost ten years since I first got that DVD, and yet it feels like no time has passed at all. Recently, I decided to re-watch Pretty Little Liars in its entirety. I found that, even a decade later, the show continues to bring me comfort. Even with all its ridiculous twists and plot holes, all of its not-so-healthy relationships and problematic portrayals of serious issues, Pretty Little Liars managed to catch me all over again hook, line, and sinker. It reeled me in, and I went willingly.

In a way, this has become a tradition of mine—re-watching TV shows that brought me comfort in my teenage years and seeing them from a different perspective as an adult. Or perhaps it would be more accurate to call it a habit—something I do because I’ve done it before and will likely be doing again in a few years’ time, just because. Regardless of what you call it—habit, tradition, or perhaps just cringe behavior—re-watching these shows has provided me with that same sense of calm I used to experience on Sunday mornings, with sunlight pouring through the stained-glass windows and projecting color onto everything in its path. The hymns sound a bit different these days, and the scriptures aren’t the same, but the feeling is there. I am safe.

I guess what I’m trying to say is thank you, Pretty Little Liars, for helping me to escape my home-turned-prison. Thank you for teaching me that religion is simply one way to comfort yourself—not the only way. Thank you for helping me see what works for me, even if that means watching the same characters do the same things for the same reasons, time after time. Perhaps it is a bit unorthodox, but then again, so am I.

Em L. is an artist who enjoys drinking chai lattes, spending time with animals, and watching (and eventually re-watching) teen dramas from the early 2010s. 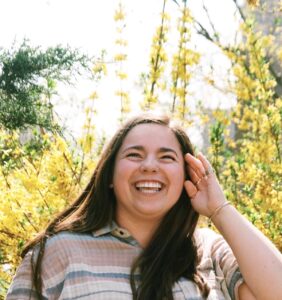