Growing Up Queer and Neurodivergent: Emerging Understandings of Myself Through Pop Culture 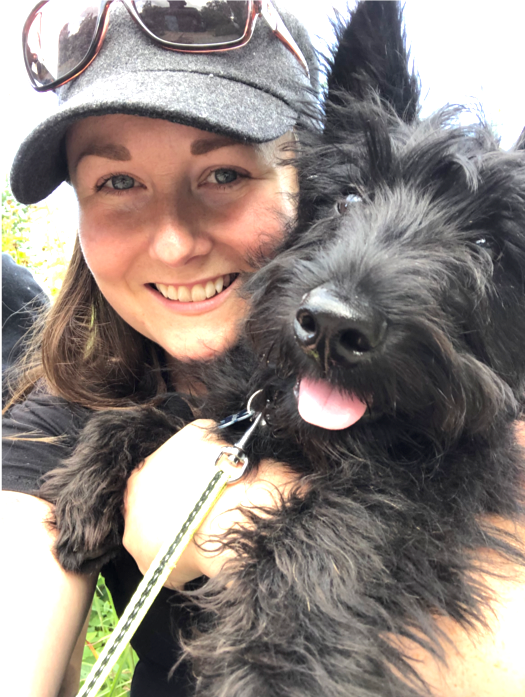 I am a white bisexual woman who grew up in a very small, conservative town where pop culture—music, television, magazines, books—provided windows into a world that was much larger than the boundaries of what felt like our own small world. In some very important ways, pop culture helped me understand who I was and who I wasn’t, who I did and didn’t want to be, and who I could be. Pop culture is tied closely to many core memories and some of the most critical times of my life—what I look back on and see now as a series of pieces, however imperfect, that slowly unlocked and awakened understandings of myself that I was only at the beginning of realizing and connecting with as a young bisexual woman, and eventually as a late-discovered neurodivergent woman.

As a teenager, I looked quite young for my age (common for autistic women, I have since learned) and not at all different from a typical white cis girl growing up in a small town in Ontario, Canada in the ’90s. On the inside was a very different story, however—I often felt confused about who I was, largely because I did not see many pop culture icons whom I felt were like me and I was very sure I was way too boring to be that different from the other girls at school whom I was assumed to be like. I was very quiet and did my best to blend in and listen while my friends talked endlessly about the Backstreet Boys and NSYNC, while I daydreamed about playing the drums, forming my own band, and my ongoing fascination with Raine Maida, the lead singer of Our Lady Peace.

I became very enamored with Our Lady Peace in the late ’90s, listening to and reading and re-reading Raine Maida’s cryptic and poetic lyrics and deeply analytical and artistic takes on life and the complexities of humanity. They melded so well with the emerging characteristics of my young neurodivergent mind and its wanderings and constant processing of the deeper meaning of life. I saw glimpses of my emerging queer and neurodivergent self in the shreds of pop culture I was drawn to. For many of my teen years, I hyper-focused on Our Lady Peace’s music without yet knowing this was an emerging, lifelong special interest (intense “special interests” being characteristics of girls and young autistic women that are commonly dismissed and glossed over as regular passing interests of teens, when in fact they are a core indicator of neurodivergence).

As a teen, I continued to be drawn to punky or broody musicians and often wondered if I could pull off a more punky style myself (I decided I could not and continued to only dream of this possibility). I would spend hours watching music videos on Muchmusic at my grandparents’ house (a second home for me and my sister located in a slightly larger small town where we had access to cable TV). I was drawn to bisexual musicians like Billy Joe, the lead singer of Green Day; feminists like Shirley Manson, the lead singer of Garbage; and really any musician dubbed “alternative” with an energy of rebelliousness and questioning of the norms and systems we were meant to live under.

I hadn’t connected the dots yet, but there was an unspoken sameness that I couldn’t put my finger on at the time. My young brain knew on some level that I was defining some very important values and ways of being for myself. I knew that I had to find ways to become who I so desperately wanted to be and to build a life that actually fit who I would soon learn I was… bisexual, autistic, and a young woman who just wanted to dream so much bigger than the traditional, heterosexist role I was assumed to be heading into as a white woman.

Fast forward to my 20s and 30s. I have had the privilege of attending university for psychology and social work, living in more than a few different cities, dating and loving people of different genders, marrying my partner who is a woman, and being part of the messy work of building and re-building bisexual queer communities, both online and in real life. I have witnessed changes in pop culture that have made at least some intentional space for better representations of bisexual people and across a range of bisexual lives.

In 2022, at 38 years of age, I see increasing numbers of celebrities coming out as queer and/or non-binary, and trans. I see more storylines including well-developed bisexual characters with varying and sometimes complex stories (e.g., Rosa from Brooklyn Nine-Nine, Gael and Malika from Good Trouble, Casey in Atypical). Still, there are things I would love to see more of and still yearn for as someone who has spent a lot of time searching for bisexual community.

First, I would like to see not just single characters who are bi and surrounded by mostly gay men, lesbians, and/or straight people. I want to see more bisexual characters speaking to each other about common challenges and successes. I want conversations about life between bi friends who have overlapping and different stories, about navigating their romantic lives, families, careers, activism, and community building as bisexual people. I want to go beyond the rare confronting of biphobia within queer communities as seen in the L Word, and would love to see representations of uncomfortable but necessary ongoing conversations and the hard work of acceptance of bi/pan folks within queer communities and recognition of our historical and ongoing contributions to queer movements.

I want to see greater diversity and more complexity in bi characters—more BIPOC, disabled and/or neurodivergent, varying genders, ages, and more representations of a range of characters to showcase how diverse and multi-faceted bi+ individuals and communities really are. There continues to be only so much tolerance for diversity in one character, at least in the facets of pop culture with which I am most familiar.

I want to see the complex realities of bi+ folks represented and re-imagined in pop culture beyond existing written bi+ anthologies, private Facebook groups, and rare queer community storytelling events that hold the entirety of our loving, joyful, messy, painful, imperfect, taboo, and ultimately just complex human lives so they can be witnessed in their full beauty—ideally without heterosexist, biphobic, fetishizing, and other oppressive lenses that are often applied. I want bi stories to be told and understood not as just flipping between a gay and straight experience. I want bisexual experiences and lives to be represented as inhabiting unique and multifaceted spaces all their own, and combining with our other identities in unique, intersectional ways. I want representations of bisexuality that are unmitigated by heterosexual and homosexual desire, and not to have our experiences shoved and reshaped into binaries and boxes that do not represent bi+ folks. I want our experiences to be represented in their full uniqueness and complexity, rather than being understood and represented as a mishmash of heterosexual and homosexual desire.

Overall, I have an ambivalent relationship with many facets of popular culture because even at 38 years of age, I am still yearning to feel truly reflected and to see bi+ folks who are multiply marginalized adequately represented. Even more so, I want to feel inspired and to re-imagine what diverse bi people and communities can be for ourselves and the wider world. I want pop culture to more fully acknowledge and celebrate the full diversity of queer communities and to tell stories in ways that increase our power and validity in the world, instead of pushing the stories and lives of bi+ folks to the margins. I remain hopeful that more bi+ folks will continue gaining positions and platforms where we can fully tell our own stories.

Lindsey Thomson lives in Guelph, Ontario, Canada, with her wife CJ, two rescue dogs, and a 28-year old turtle. She identifies as a neurodivergent bisexual woman and is a specialist in community-engaged research and teaching at the University of Guelph, and who is very passionate about the role of research and community collaboration in social change.