“Despite the abundance of it”: Why Amber Heard Inspires Me 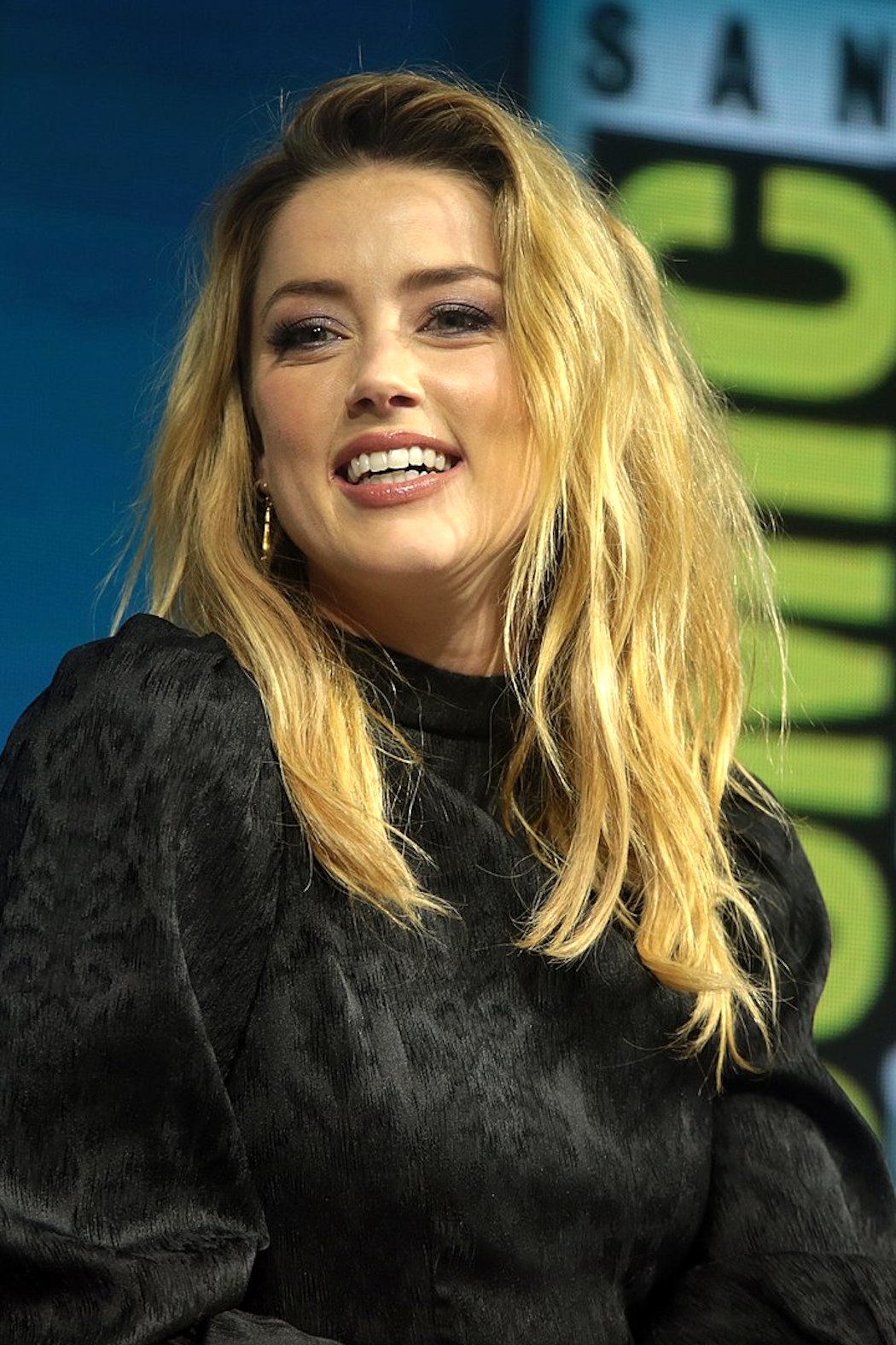 By Mage Hadley (a.k.a. black and white thinking)

It is whilst scrolling through Twitter I see a call for submissions. Robyn Ochs, a bisexual activist and personal hero of mine, is asking for submissions for Bi Women Quarterly: “Name a bi+ pop culture figure (real or fictional) who inspires you, & tell me why.” The tweet from Robyn sits on my timeline between a mass of retweets from people I follow, all containing the hashtag #IStandWithAmberHeard.

Amber Heard was in her twenties when she met her abuser; he was almost fifty. Her abuser is a powerful man with many powerful friends. Her abuser did things to her that should probably remain unspoken by anyone other than Amber herself. And it took Amber a long time to escape her abuser. He was powerful, rich, enabled, and loved by millions of people who had never met him. When Amber finally did leave, she was met with a media slander campaign that could rival, and perhaps was more aggressive than, the one Monica Lewinsky suffered after her own grooming by the most powerful man on the planet back in the ’90s.

Amber Heard has always been open about her bisexuality, and that alone over the years has inspired me. Being out as bisexual, and having been out for over a decade in the Hollywood sphere, can be seen as courage in its own right. Being out as bisexual in any situation can feel like constant activism.

Amber’s abuser knows she is bisexual; he married her long after she had come out, and yet he used her sexuality as a weapon against her. In many witness testimonies found in legal documents relating to Amber’s relationship to her abuser, you can see biphobic and lesbophobic slurs and hatred being aimed at Amber and many of her queer friends. The D slur aimed at queer women and claims of “‘lesbos”’ trying to steal “‘his girl,”’ all recorded in a British court, all incidents said by a high court judge to have had enough witnesses to corroborate their happening.

As I write this piece, Amber Heard sits in a courtroom in Virginia, being sued by her abuser for defamation for writing a piece not unlike this one. The rich cishet guys’ last bastion of defense, the American justice system. He was found to have definitely abused Amber in a UK Libel case that was argued in the highest court in the country. However, he continues to abuse Amber through the court systems that generations of mishandling and misogyny have allowed. Amber is there though, straight-faced and hardy, as her abuser takes the stand to lie (under oath, mind you) about her truth.

Bisexual women have the highest likelihood of experiencing an abusive relationship, compared to straight and lesbian women. Some reports state that up to 60-80% of bisexual women will report having suffered interpersonal violence and abuse by a partner in their lifetime. Almost all those women will have been abused by a male-identifying partner. Bi-misognyny is quite literally deadly.

I don’t think I can overstate the bravery of Amber Heard right now. The whole world is against her. Not because of facts or logic or reason but simply because bisexual women are never seen as “real” victims. An army of Twitter trolls piled on, more than half of which I would bet personal money on being bots, as well as a media cycle that has coddled her abuser for almost half a century. Amber’s degradation by the public is one that is emblematic of how bisexual women, bisexual survivors, can expect to be treated when they tell their stories. Right now, Amber seems to be suffering on behalf of us all.

And perhaps I am just too millennial, having grown up in a world of screen and celebrities, but I can’t help feeling the stakes of this case are higher than anyone really wants to fathom. Amber Heard isn’t dead, she isn’t silent, and she isn’t backing down when the media turns against her. This makes her the minority. For years, the media, the Hollywood zeitgeist, has encouraged the endless witch hunts and shit shows surrounding bi women, and the quite often abusive men in their lives. A lot of those women have ended up dead. Too many of those women have ended up dead. Whitney Houston, Amy Winehouse, Marilyn Monroe, Janis Joplin. All women who were famously dragged in the media, famously surrounded by bad men, and all famously dead due to substance abuse issues. Amber Heard isn’t dead; she is fighting. And she is not alone. As she fights in Virginia, Evan Rachel Wood has been fighting in California to release the statute of limitations on abuse claims. Evan is also a bisexual actress who has recently named her abuser. Evan’s abuser happens to be Amber’s abuser’s best friend.

For bisexual women, the world can often feel like a dangerous and haunting place, but we are not alone. People like Amber and Evan prove it. Resources like BWQ prove that we are not alone. We just have to find each other. We have to build communities and systems to protect all bisexual+ people. Supporting Amber Heard in her fight against bi-misogyny is a good place to start. Amber’s willingness to be the face of that fight is why I find her so inspiring.

Mage Hadley is a bisexual writer and filmmaker from England, focusing on issues facing bisexual people, as well as some media and myth analysis along the way.

Judgement on Libel Case in the UK https://www.judiciary.uk/wp-content/uploads/2020/11/Judgment-FINAL.pdf