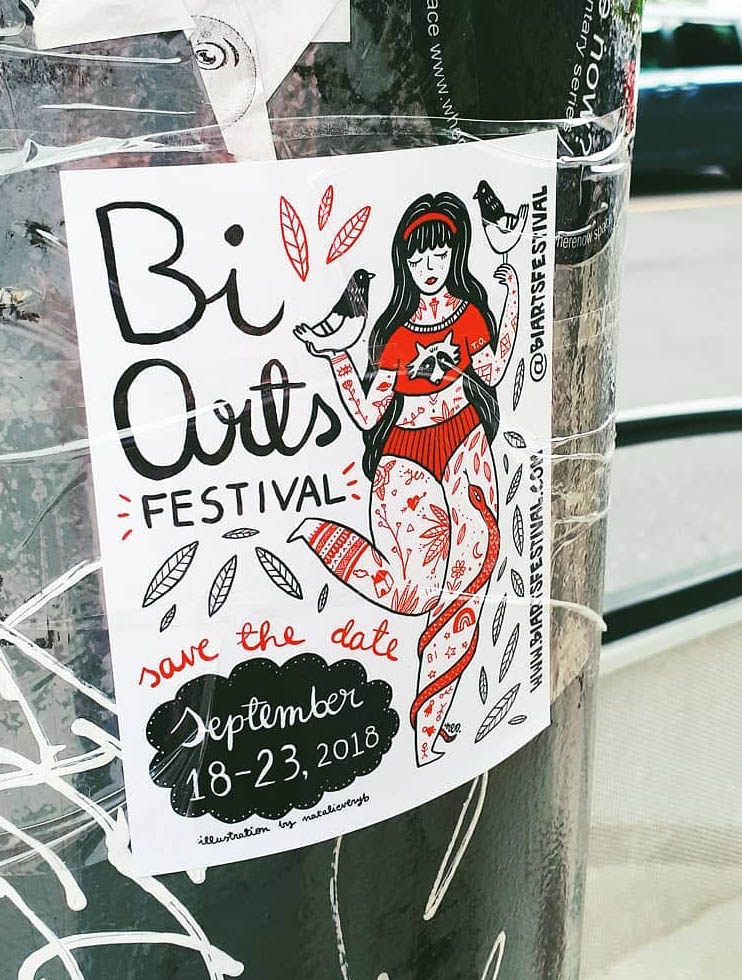 As the founder of this Festival, and as an artist, a storyteller, and an activist, I believe deeply in the magic of stories. As a child, my grandmother would send my sister and I handwritten letters with tales of a magical bee, Bartholomew, who lived in her garden. These letters were medicine—connecting us in imagination across many miles and across several generations.

Later, as a baby queer, I fell across these lines in a poem by Muriel Rukeyser: “What would happen if one woman told the truth about her life? The world would split open.” Rukeyser (a bi woman) wrote them in 1968, in a poem about German artist and sculptor Kathe Kollwitz (also bisexual). When I first read the poem, I did not know either woman was bisexual, but these lines felt like a lightning bolt. They have stayed with me over the years.

Last year, I saw the wonderful documentary film No Ordinary Man about jazz musician and trans icon Billy Tipton. The film asks us to reconsider how we talk about trans history.  It suggests that although we might know with certainty, in our hearts at least, that trans people have always existed (in every culture and at every point in time), they are a community that almost never sees itself represented. I nodded when I heard that because it feels true for bisexual people, too. Many of us travel through this world alone, at least in the beginning of our journey as bi+ people, without stories, traditions, or histories to turn to. 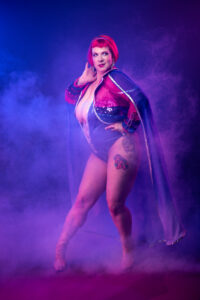 So the Bi+ Arts Festival has become a place where we come together to build new histories and traditions. The Festival is a place for bisexual, pansexual and two-spirit artists to take risks, to try out new work, and to connect with each other and with bi+ audiences. In 2021, Syd Lazarus read new, heartbreaking work to us, on their relationship with their father, his illness, and his recent death. Mugabi Byenkya raged against experiences of racial profiling while walking in a Toronto subdivision. Jasmine Noseworthy Persaud showed a new film about disabled body wisdom, nonbinary femme adornment, and survivor’s intuition. San Alland meditated on water and political art (and who gets to make it). Toronto storyteller EC Marcon brought us an updated story of capybaras in love, and on the run. In past years, artists and writers have explored queer desire, beauty, and joy. We’ve watched films about coming out, about living with depression, about navigating the world in an unreliable body. We’ve traveled to future worlds, explored life beyond or in-between genders, and been witness to work on the devastating legacies of anti-Black racism, and colonization.

There is no single or monolithic bisexual+ narrative, nor should there be. I’ve been saying for years, to anyone who will listen, that our gift to the world as bisexual and pansexual people is fluidity. As bisexual+ people we have many stories to tell, and many ways of telling them through the arts. And when Walt Whitman (another bi poet) wrote that we contain multitudes I think he is speaking not only to the ways we are all intersectional beings, but also to our many voices. Stories ground us, they tell us who we are, and can give clues to where we have been. They also let us create and imagine possible futures—for ourselves, and for our beautiful bisexual+ community.

Catherine Jones (she/her) is a Toronto-based collage artist whose work explores life as a bisexual femme, madness & chronic pain.  She creates work at the intersections of digital image-making, animation, collage and photography. She is the founder of the Bi+ Arts Festival.