They Meant Us Harm 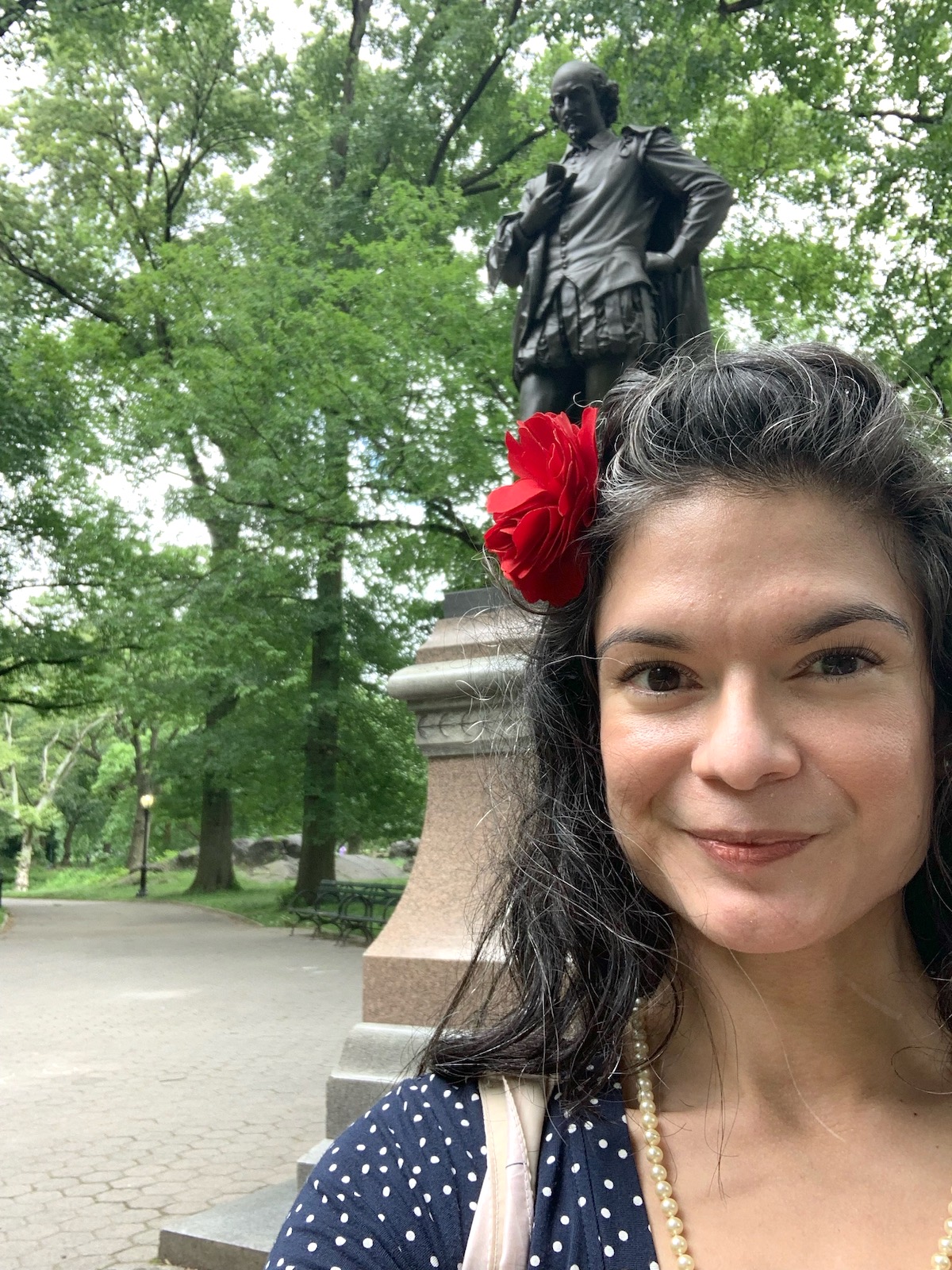 At first the women only bumped into us on the dance floor. At first. And, at first, we paid them no attention.

We were just a couple of long-haired Latinas dancing to the salsa music in our heads while Def Leppard leaped from the speakers of Club Xenophobia. Latinas with husbands, mortgages, and four small children between us. Latinas who’d left big cities to have kids in a more affordable place. Latinas who soothed each other’s crippling homesickness by donning party dresses once a month and going dancing.

(Did I have a strong bisexual crush on Yelena? Yes. Did she reciprocate? No. Did this stop us from grinding on the dance floor of whatever nightclub we’d picked that month? Hell no!)

Holding Yelena around the waist, dancing cheek-to-cheek, and spanking her butt if that one particular Ludacris song came on made me ecstatically happy. Being out after dark without any children around trying to suck milk out of her body made Yelena ecstatically happy.

We usually danced in the city. At Rumba. It helped the homesickness and augmented the sense of escape.

But Club Xenophobia was only ten miles away—with free parking—and Yelena had to be up early the next day. We resolved to make it as liberating as possible, given that we were still in the suburbs.

We could’ve gone dancing in Elgin—been less conspicuous—but I wasn’t enamored by Mexican music or the gun battles between gangbanger mocosos that broke out in parking lots around midnight in those places. I wanted Yelena to feel safe with me. Xeno was boring, maybe, but I figured we’d make our own fun and nobody would have to call 911.

I tipped the DJ to play Prince. Everyone liked Prince, right? When he finally played a song by Prince, Yelena and I pretend-kissed at the end of “Kiss.”

The women knocked into me first. Then Yelena. Then the two of us together. At first, it seemed accidental and the women said, “Sorry.”

“Let’s dance over there.” I said in Yelena’s ear, feeling yet another bump.

The club was full now. It was nearly impossible for us to leave the major appliances department.

“Ouch!” Yelena said, after a refrigerator stepped on her foot.

“Yeah, I’m okay.” She winced a little but kept dancing.

I pulled her closer, thinking I’d never danced with anyone as graceful as Yelena. With her silky hair and dimples, she reminded me of the first girl I’d kissed. I didn’t talk about that, though, especially with the few female friends I’d made since the move. It was hard enough making friends out here without discussing my bisexuality. Besides, Yelena was straight. Married. With three kids. Girls’ night out was her small share of freedom. And we were Latin. Latin women could dance close without it being sexual.

I succeeded in elbowing us to the far side of the dance floor—the music practically attacking us from a nearby speaker.

We moved in perspiring synchronicity; the small of Yelena’s back under my hand, her chest against mine, her cottony, lemon-blossom smell in my nose.

One of Yelena’s big hoop earrings caught in my hair and we laughed, disentangling ourselves. We laughed for a minute together until someone bumped us, her drink a-slosh on my arm. Yelena and I almost fell into the speaker.

I had worked in a strip club for a year in college. I knew what a bar fight looked like before it happened—and this was it.

“We should get out of here,” I told Yelena. “Hey,” said the deep freezer who’d bumped us this last time, “you girls ever see the movie Broken Back Mountain?”

Yelena shook her head “no.”

Yelena had three little kids. The only movies she saw starred talking animals. I had not seen Brokeback Mountain, but I’d read Annie Proulx’s story—and knew it ended with the hate-crime death of a gay character. My inner English teacher wanted to correct the woman about the title, but the heat of her threat had spread throughout my body.

I pulled Yelena through the crowd to the front door.

“Would you mind making sure we get to our car safely?” I asked one of the doormen, pointing to my car.

“No problem.” He walked us to the car.

As soon as we got in the car, I locked the doors and felt safer.

I pointed the car towards my house; where Yelena had left her minivan with its baby seats and floor full of toys, (the rolling tomb of an adolescence cut short by getting pregnant her sophomore and senior years of high school—for though, at twenty-seven, I was two years older and had only one child—Yele had been married just as long, and her oldest child was nine years older than my infant son).

The red pickup parked beside us left at the same time.

“It was those women,” Yelena said, “the ones who kept bumping into us.” She sighed. “I was having fun. Why couldn’t we just ignore them?”

“They thought we were lesbians.”

“They meant us harm.”

She flipped through my CDs. “You think?”

I didn’t know how she could be so oblivious to danger.

Yelena had grown up in gang territory in Chicago. She’d carried brass knuckles and mace to school and had almost been kidnapped as a girl—yet she wouldn’t notice danger out here if it stomped on her foot.

It was tempting to let down one’s guard in the ’burbs.

We were halfway to my house.

My heart had resumed a normal beat.

I made the third-to-last turn towards my house, onto Red Barn Road.

Red Barn Road was a side road. Nobody turned there unless they lived in the neighborhood.

The pickup behind us had turned onto Red Barn Road.

What were the odds?

I turned left instead of right.

“Your house is the other way,” Yelena said.

“I just want to see if the pickup behind us is following us.”

The pickup made the same turn.

I made another turn away from my house, this time onto a smaller street.

The pickup made the same turn.

I slowed the car to ten miles an hour—a speed that would make any normal driver behind me honk with rage or at least pass me.

The other car slowed down, too.

I pretended to park.

The pickup parked a few feet behind us.

I cut the lights and drove onto a bigger road.

The truck cut its lights and followed.

I stopped signaling turns and sped up, hoping one of the squad cars that usually staked out this road for speeders would stop me.

No police in sight.

“Where are we going?” Yelena asked, her face gone pale.

“Call the police, Yele. Tell them someone is following us and that we’re going to the police station.”

Yelena did as I asked. She spoke with a female officer who instructed us to lean on the horn when we got to the station.

The pickup followed us three more miles. All the way to the station. When whoever was in the pickup saw it was a police station, they drove away.

I leaned on the horn.

A female officer emerged from the station. She asked for a description of the truck.

It was dark and neither Yelena nor I had gotten a good look at it.

“It was a big red pickup truck,” I said. “It turned right on Hamish.”

The officer looked at me in my too-short party dress, then down at her pad. “We’ll do our best, ladies,” she said, “but there’s a lot of big red pickup trucks around here.”

We stayed in the police station parking lot for a few minutes after she left.

“I wouldn’t have noticed we were being followed.”

“We’re all right.” I feigned calm.

She was still pale. Would she ever go dancing with me again?

“Next time,” Yelena said, her smile back up, “let’s go dancing in the city.”

I reached over and squeezed her arm.

Jen Companik holds an M.A. from Northwestern University and is a fiction editor at TriQuarterly. Her debut collection, Check Engine and Other Stories, was included on CLMP’s “Reading List for National Hispanic Heritage Month 2021.” “They Meant Us Harm” was originally published in the Spring 2018 issue of Muse Literary Journal. Reprinted with permission of Muse Literary Journal and the author.

*Unpartnered because men in this outer outpost of suburbia did not dance until they were blackout drunk. The night had not progressed that far. So they watched the dance floor from behind their Miller Genuine Drafts; slowly etherizing their white, Midwestern fears that only gay men dance.