Musings on Parenting While Bi 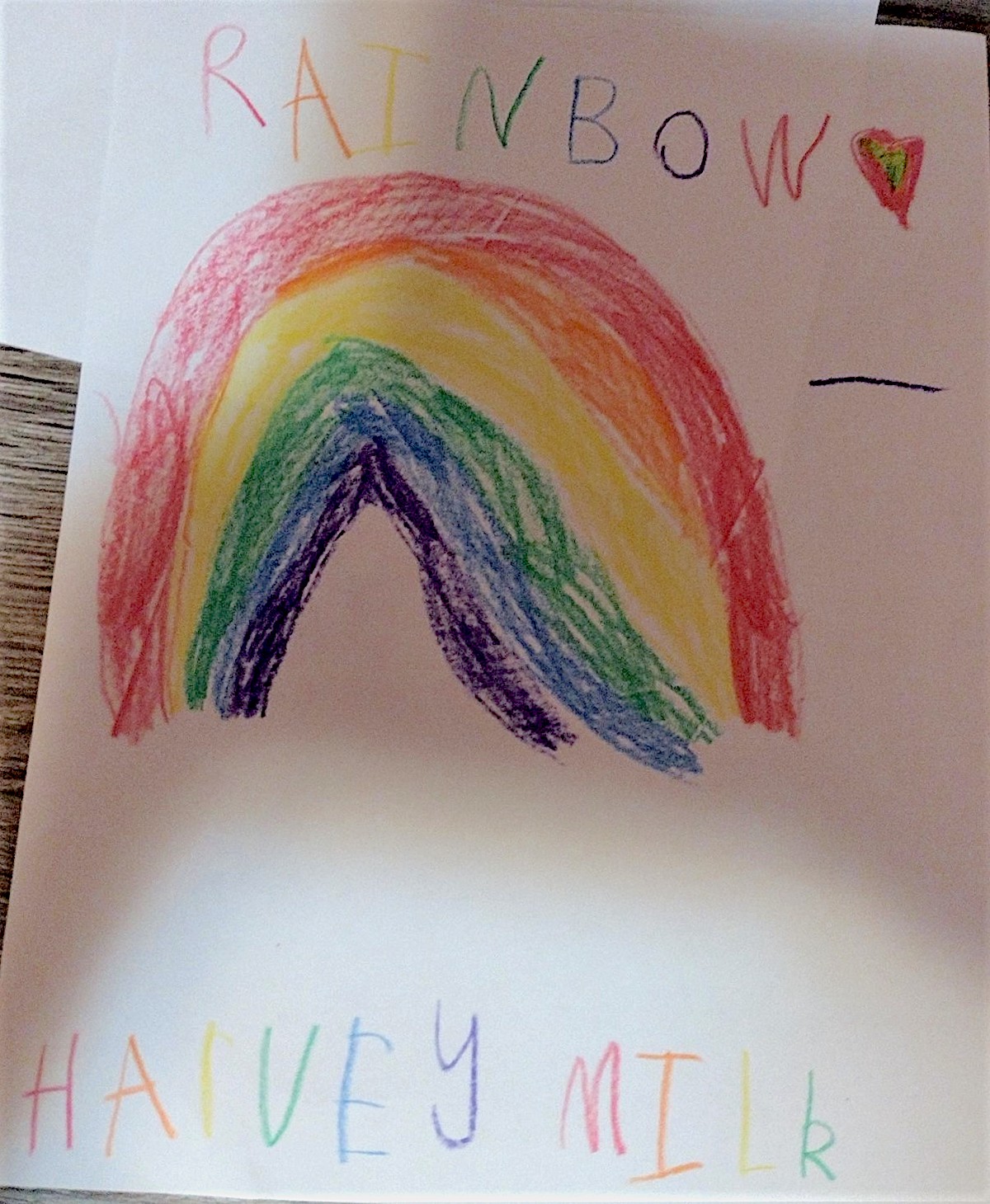 What does it mean to be a bi parent? I think part of being bi in general, especially if you’re partnered with someone who makes you look like you’re in a “straight couple” when you walk down the street, is never feeling bi enough. So maybe that’s why I swell with pride when I overhear my seven-year-old talking about Harvey Milk. Or when she tells her dad about her friend who uses “they” pronouns like this is the most common thing in the world (and it is, but when I was her age it sure wasn’t). I even appreciated that my daughter asked me, “Is it OK if I only like boys? Does that make me a bad person?” and I reassured her no, straight is great too, and all sexualities are awesome. As a bi parent, I post pictures of our attendance at Pride events on social media, but I know most people look at those posts and see allies—I’m invisible as a bi mom. So how exactly do I parent while bi? Or be bi while parenting? I don’t really know the answer, even though I earned a Ph.D. researching bisexual identity! One thing I do, of course, is come out. Over, and over, and over . . . honestly, I’m getting a little sick of coming out. It was fun and exciting and daring when I was in my 20s. I’m now solidly middle-aged and exhausted. And I know it’s totally a privilege that coming out is optional for me. I’m married to a cisgender, straight man. We have a child who looks like both of us, so no one questions her status as our biological offspring. Basically, we’re 1.5 kids, a dog, and a picket fence away from looking like those idealized images of (white) American families promoted in the 1950s. So, I know coming out is a choice for me. If I feel like my child’s playdate is going to suddenly end if I out myself, I can keep that on the downlow. I didn’t wave my bi pride flag when I was a parent council member at my daughter’s Catholic school, and I will have a choice to make as I navigate her new (public) school in the coming year.

Many of my fellow bi folks, as well as gay, lesbian, and transgender folks, don’t always have so many options when it comes to disclosing this information. Having that option means that sometimes I question why I need to be out. My relationship is monogamous, so I’m not looking for new sexual partners at this point in my life, so no one needs to know I might be into them. And how much do people I meet need to know about my past relationships, current fantasies, or possible future relationships if my spouse dies/divorces, or whatever anyway? And my seven-year-old doesn’t need to know about any of these things (ew, mom, gross!). So, why be an out bisexual parent?

For me, the importance of being out and visible as a bi parent lies with being authentic and having the real, wonderful me seen and validated by others, as well as being a role model for my child to “always be yourself.” It’s nice to have that glimmer of joy I feel when someone else validates my identity and doesn’t question if I’m “really” bi or bi “enough” now that my life looks so darn heteronormative, and that’s a connection I seek that only comes when I disclose who I am. However, as a parent, we so often sacrifice for our children, and so, sometimes, I forego the chance to allow others to see my authentic self, to come out and have them say “awesome” or “me too!” because I don’t want my daughter to be excluded because of who I am. Exclude me all you want, but don’t hurt my kid. I think that’s something all parents, not just bi parents, can relate to. So, while I’m certainly far from “closeted,” I might not wear my bi-pride gear to every playdate. At the same time, being a parent, of any stripe (or spots), means being a role model for our children, and there are things my daughter won’t see me do. I don’t ever want her to witness me let a homophobic or transphobic comment go unanswered, even if it means I’m kicked out of the Parent Teacher Organization. She’ll learn ways to call people out—and in—when it’s warranted. If she’s not invited to a playdate because of who I am, she’ll know that it’s not because of who she is – and that it’s not really because of who I am either, it’s because of who the other person (or their parent) is. As she gets older, my daughter will know that should her “I only like boys” feelings change, I’m here for her, and for any of her friends who might need a bi mom in their corner. This is what being a bi parent means for me—or at least what it means so far, seven years into the journey.  It means always being authentically, unapologetically, me, so that my daughter can be just as authentically, unapologetically herself as well.

Julie is a sociologist who teaches at a community college in Illinois. She is a parent, spouse, educator, researcher, gardener, runner, and terrible ukulele player.