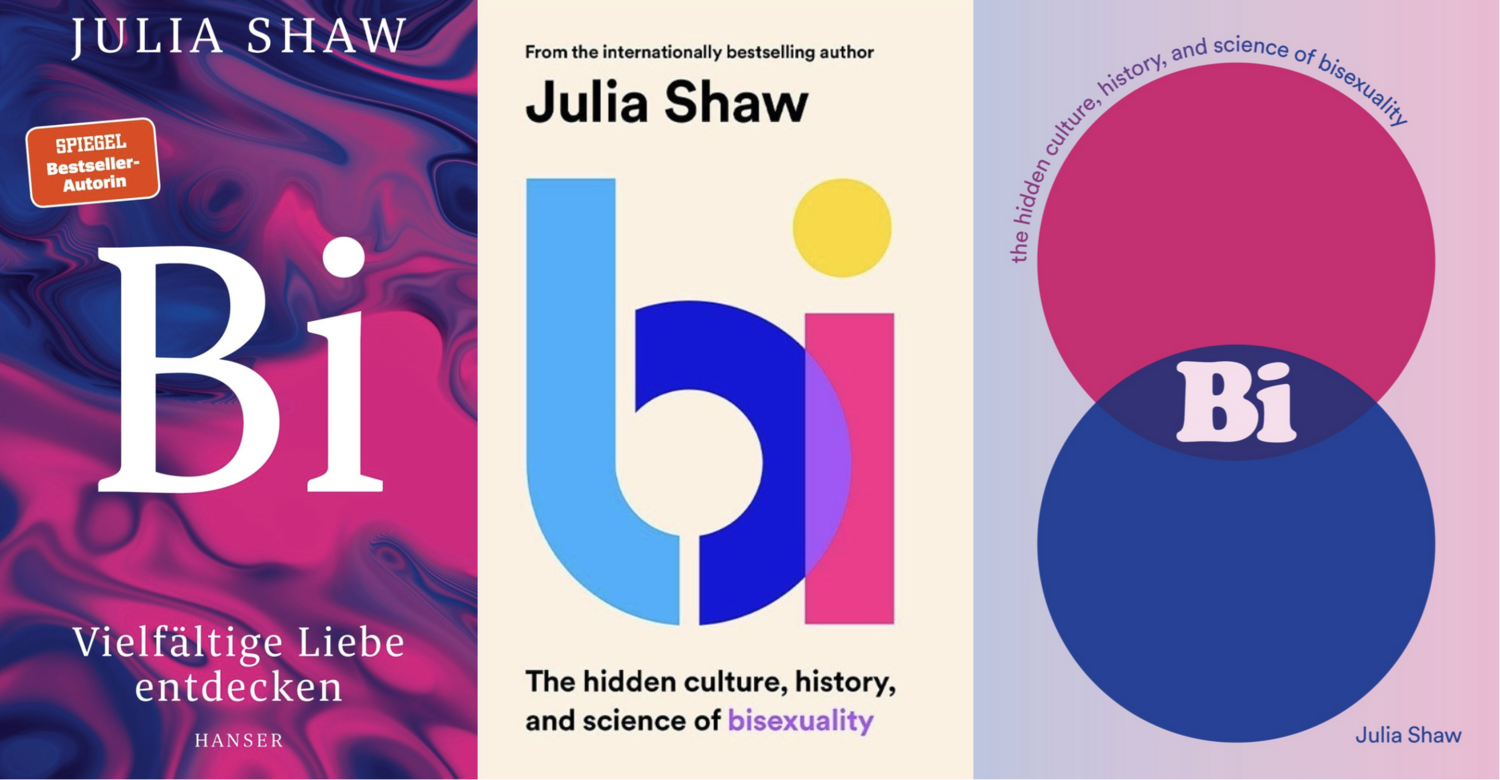 At twelve I fell in love with Judy. We enjoyed caresses so natural that we didn’t think to hide or brandish ourselves. In 1957, two years later, I fell for a boy with the same dark looks and tenderness—though too literal for me. In my twenties I enjoyed threesomes, swinging and the rare sex party, and read Colette and Woolf—my brilliant bisexual heroines. At 31 and still bi-identified, in an open relationship with a smart bi man, I was happy; it worked.

Until I tried to turn a straight woman, and decided I must be a lesbian, and found a bona fide lesbian love, and left the lovely bi man. Oh, no. I was then invisible to myself. To everybody. After a few years I took a sexual sabbatical, dated a straight male and then married a lesbian for nine years, uneasy with my bisexuality. When that ended, I moved to New York and dated two brilliant straight men. Sequentially.

But who “read” me as bi? I wrote a poem “The Bisexual Headscarf” thinking of maybe sewing a blue batik kerchief, tied sixties-style feminist in the back, but I didn’t make one.  And if I had, wouldn’t I be seen as insatiable, indecisive, greedy, confused, or really gay or straight? And being 78.5 years old? Do we elders still even have a sexual nature? Way back in 1976 I wrote two poems, one about scary dykes and femmy dykes. They were popular, but unless you’re holding hands with a man and a woman, you don’t look bi. Even in poetry.

Never mind that you’ve got 45 years incognito in the lesbian community and—by just leaving the house—a whole life in the straight one. The default is lesbian or heterosexual.

Enter stage left Dr. Julia Shaw, whose photo shows a pretty, made-up (no pun), blond-haired woman. Great. When I accidentally opened her book to “I was in a lesbian bar…” I was thrilled to find an out bi with academic creds who was kinda looking bi too. After trying various combos of butch and femme, Shaw arrived at outfits of leather and lace, a tough jacket, a mini and heels. People finally got the message.

Where she’s really au courant is in her discussion of open relationships, threesomes, and combinations thereof. Since studies show 25% of all het couples have non-consensual affairs, why not follow some bis out of the monogamy straightjacket and think in broader terms? Why should “faithful” hets be the default?

Blind are the government and lawmakers when it comes to civil rights, immigration, etc. No law mentions us. Yes, Kyrsten Sinema (D-Ariz.) identifies as bi. Christy Holstege is the new mayor of Palm Springs, California, making her the first out bisexual mayor in the U.S. The rest are hidden in the alphabet of LGBTQ+. Meanwhile, this very summer bi men are visible, unfortunately, grappling with monkeypox.

Like Lady Gaga, we. were. born. like that. I love dark boys and blonde girls, talk-ish and bright, as bright as can be. Come on in, says Julia Shaw, The water’s great. Then what would we see in a photo or video of two men, two women, or a man and a woman in a café sipping lattes? Would we say “Ah, bis. Us! And what about me? I’m wearing a crossbody black canvas bag, into which is tucked a Revlon Super Lustrous lipstick in Dusty Rose, with thick black Birkenstocks on my feet below a fluttering, pink flowered dress. Oh, yeah, and some days, waving from my red walker.

AROUND THE WORLD: EAST AFRICA