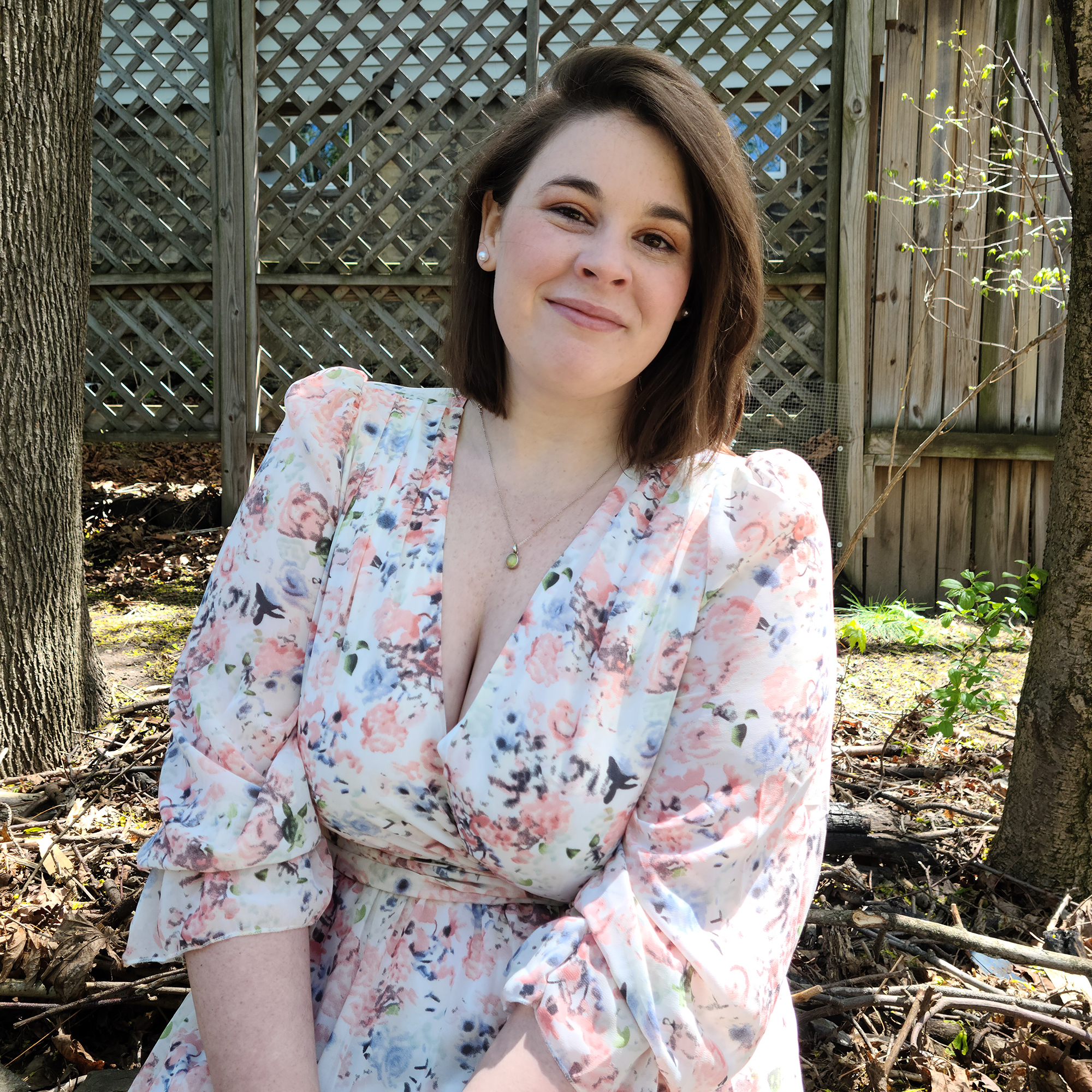 Like many people, I have never had a good relationship with my body. My fatness is a tale as old as time. My mother wasn’t affectionate and worked often, but she was a baker—a good one—and she told me “I love you” with pound cakes. As I got older, I supplemented my loneliness with food. A common refrain in my house became: “You ate all that while I was gone? Bailey, what are we going to do with you?”

I learned how to cook from her, and sometimes it was the only thing we had to talk about. Food would always be a comfort. When I went off to college, I was probably one of the only freshmen who brought cookware and availed themselves of the dorm kitchen. Not that roasted chicken dinners on Sunday kept me from losing control of my mental health.

As my depression piled on in grad school, so did the pounds. At my heaviest, I was probably a little over 250. It’s hard to say, though, because I didn’t own a scale. Why hurt your own feelings when getting out of bed every day is already hard enough? Then again, I didn’t really feel my weight was a problem. Despite all my intellectual insecurities and imposter syndrome, I’ve never felt fat. Maybe it’s because I’m tall and have always carried the weight in a socially acceptable way (full-figured, as they say), or maybe it’s because I was so mentally and emotionally detached from myself that self-consciousness never had a chance to set in.

When I started a new chapter in Boston, losing weight was the furthest thing from my mind. It just sort of happened. How could it not? I was broke and had to walk everywhere. In my first six months in Boston, I went from a size 18 to a size 14. No one said anything (maybe because it was a gradual loss, and I was, after all, still fat).

After a year of being single, I jumped into the dating pool with all the confidence in the world, knowing that I could have anyone I wanted. It didn’t happen like that, of course. People want to fuck fat girls; they don’t want to date them. Fat girls are disposable. They don’t have feelings. Didn’t you know that?

Perhaps the most embarrassment I’ve ever felt is when I went home with a very thin man. When he took off my shirt and filled his hands with my breasts, he said, “Oh, yeah, look at those fat tits.” Like it was a compliment. Like I should be so seduced by his sensuous murmuring. I put my dress back on and left his ramshackle Brookline duplex. When he asked if he should walk me to the T, I laughed and told him I had a big girl job and could afford an Uber. When he texted me a few days later, he said that he wasn’t ready for a relationship but would be totally willing to hook up. I told him that I wasn’t interested in seeing him again. When he texted me the following month, I told him the same.

I may be fat, but I’m not desperate. It’s: Treat me like a goddess or keep on moving.

Flash forward to the pandemic. I’m in a relationship with a man I met in January 2020 and was engaged to before Christmas. We’re getting married next September. When you know, you know. He worships my body in a non-fetishist sort of way, making me feel like a beautiful person, not a beautiful object. The only drawback to our relationship (and it isn’t even really a drawback) is that he weighs all of 130 pounds. Sometimes it is hard to be next to him and his flat stomach and his toned arms without feeling cumbersome.

I knew I wanted to hire a photographer friend of mine I met in college for our wedding. The wedding photos she takes are of these gorgeous, waifish women that make me feel bad about my arms, legs, and chin. Even still, I hired her because of her artistic eye and flair for drama. We spent a lot of money on photos.

So here it is: I don’t want to be a fat bride. I don’t want to be relegated to the back of the wedding dress shop where size 14 and uppers are swathed in scraps of burlap lace that designers heap over us to hide the disgusting lumps of our bodies. We deserve better than that. We deserve more fat-inclusive shapes in bridal clothes, preferably made by a fat designer. Deliver me from A-line dresses that somehow do nothing for me. I don’t want people to ask why my partner has decided to marry a marshmallow, and I wish I loved my fat body enough to not care about those opinions.

Of course, I didn’t know what to do about losing weight. I’m no runner. I don’t like the idea of dieting because, ultimately, you return to your normal weight when you stop. Keto kept me constipated. So, I’ve been doing intermittent fasting (which is simple in practice: you set an eating window and don’t eat outside of it. I’ve been fasting 16 hours a day) for almost two months. Without changing my diet too much (a little less bread and a little more kale), there have been some changes. I’ve lost 12 or 14 pounds, depending on the day. I can fit into dresses that were too tight a few months ago. I’d like to lose more.

I feel proud of myself because I’ve actually followed through on something I said I would do, not because I’ve lost weight. Cue everyone else’s fucking opinion. It started when a woman I haven’t seen in a while told me, “I don’t know if I should say this, but you’re looking good. Keep it up!” And then, for the rest of her visit, she would keep chocolates and cookies away from me. “Not until after the wedding,” she’d chirp. People started catcalling me again. My best friend told me that she was surprised by my progress.

I don’t feel bad for being big. In fact, the only time I think about my weight is when somebody points it out. It is not morally wrong to be fat. Body weight bears no morality. Why is it a “good” thing that I’m losing weight? I don’t feel any better. I don’t have more energy. I do everything that I did before.

My reasoning for wanting to lose weight is entirely informed by the fact that I paid a lot of money for a photographer to capture me on my wedding day, and I don’t want to completely dwarf my fiancé. I want to lose weight because social cues tell me that being small is the only way to be beautiful. What I don’t want is for people to applaud my progress or to comment on how “good” I look. I look good at every weight. I feel good at every weight.

I’ve never been thin. I’ve never thought to be thin. I have a big body, broad shoulders, strong bones, an hourglass figure. I will never be a small person; this is a fact. But I’ve always been beautiful. The back and forth is hard, I know that. It’s made even harder when outside voices tell me that I get to exist now that I’m smaller. It’s bullshit. It’s double bullshit when a part of me agrees with them. When people ask me what I’m doing to lose weight, I tell them: “Thanks, I have a tapeworm.”

This body has kept me alive for 28 years, and you don’t get to have an opinion about it.

Bailey Merlin is a writer living in Boston, MA, in a communal household with seven other people, a baby, a dog, and a snaggletooth cat. She has spent the pandemic working on creative projects, including an opera and a spoken word/jazz album Bug Eyes.