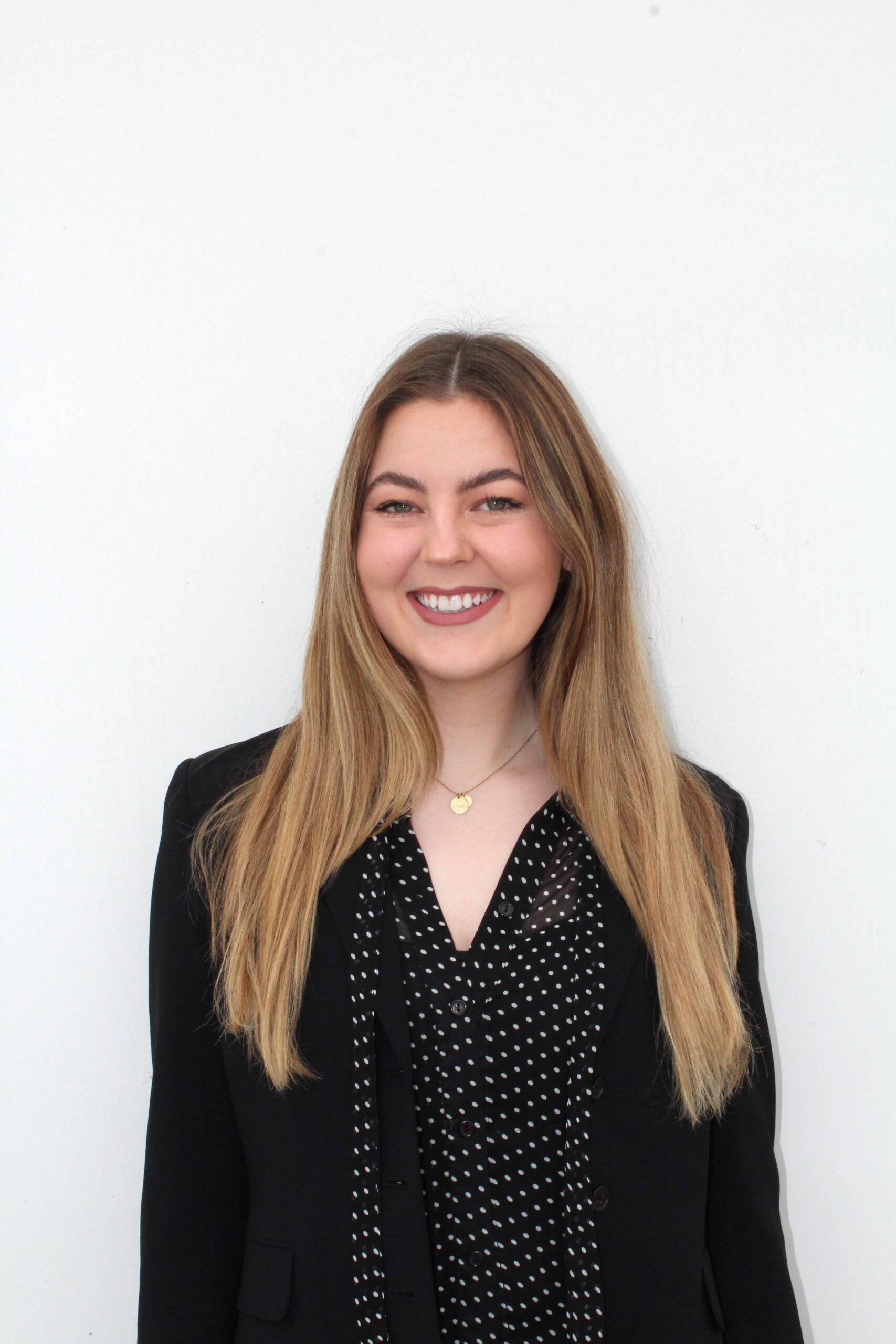 I can’t tell you how many times this happened to me during my undergraduate experience: I’d be at a party, hanging out with my friends, and a conversation would start between a fraternity member and me. I tend to be quite the open book, especially after a drink or two. So, eventually, it would “come out” that I’m bisexual. At this point, it was always one of two responses: “That’s hot. That means we can have a threesome, right?” or “Oh, so like you just make out with other girls at parties?” This is not only not what it means to be a bisexual woman, it promotes harmful stereotypes that have real-life negative effects on the community. Comments like these simultaneously serve to take away a person’s autonomy to express genuine interest in the people they are actually interested in, limit the ability to desire only one partner, and undermine bisexuality as a valid sexual orientation in general.

Now, me being me, I got into a habit of pushing back on these comments by teasing these alpha males a bit. I’d respond with something like, “well, actually, your friend’s pretty cute, would you wanna have a threesome with him and me?” A look of disgust would immediately spread across their faces. Of course, they would never hook up with another man! Isn’t the whole point of bisexual women so that a man can sleep with two or more women at once without it becoming like a whole thing?! No. In fact, nothing about being a bisexual woman is meant exclusively for the entertainment or pleasure of a heterosexual man. I know that may come as a shock to many men out there, so let’s dig a little deeper into what the research tells us about the false assumptions about bisexual women, what this results in, and why these notions are harmful to society as a whole.

The general public often describes bisexuality as an unstable sexual orientation. This means that the overall public opinion is that bisexuals are really either straight or gay and are just in a state of confusion at the time of coming out. Essentially, this is a blatant denial of all bisexual people’s identities and struggles. This type of thinking makes it difficult for bisexual people to enter and stay in loving relationships as the individual and societal preconceived notions of bisexuality interfere with the intimacy and stability levels of the relationship. This occurs not only when there is only one bisexual person in the relationship, but also when there are multiple, illustrating that these deeply-rooted stereotypes affect us all. In fact, bisexuality overall is the least studied sexual orientation, as these individuals are often clumped together with gay men and lesbian women for research purposes. Part of the reason for this is that even though bisexual people make up over half of the LGBTQ+ community, they receive less than 1% of donor funding, even from LGBTQ+ organizations themselves.

More specifically, being a bisexual woman means existing within intersectionality. Intersectionality, a term coined by Professor Kimberlé Crenshaw, describes the double discrimination that occurs when an individual inhabits overlapping categories (i.e., gender, race, socioeconomic status) that society deems as less than. Bisexual women inherently inhabit at least two categories as they are affected by both LGBTQ+ issues and women’s issues. Thus, biphobia and sexism coexist to create a specific kind of discrimination that targets bisexual women and churns out stereotypes. Notably, because of this intersection, there is even less research done on bisexual women’s issues, less publicity about the harms facing the community, and generally less societal respect given to individuals in this community. Stereotypes about bisexual women actually thrive in these underground conditions as they are not societally learned, but individually deduced based on the typical notions of sexuality such as attraction or sex drive. Thus, the lack of informed public knowledge on bisexual women’s concerns only adds to their stereotype as promiscuous.

There are five common microaggressions used against bisexual women: dismissal, mistrust, sexualization, social exclusion, and the denial of individual complexity. Almost all of these can be seen in my initial fraternity example, proving that they often happen under the guise of social interaction or “jokes.” Stigma tactics such as these cause bisexual women to experience poorer mental health than heterosexual women and lesbians. Further, bisexuality is the sexual orientation with the highest rates of intimate partner violence. Intimate partner violence is especially high when a male perpetrator has bi-negative attitudes and/or suspects that his bisexual female partner has been unfaithful.

Compared to heterosexual women and lesbians, bisexual women are more likely to be sexually assaulted, and then, as a result of the promiscuity stereotype, female bisexual victims are also more likely to receive negative feedback following their disclosure of sexual assault experiences. Particularly when bisexual women are sexually assaulted by a male perpetrator, they are perceived as less the victim, and more the responsible party in the situation due to the incorrect notion that bisexual women want more sex and, therefore, “lead men on” more. Following this logic, if bisexual women enjoy all sex so much, they must not suffer as intensely as others from sexual assault, so this victim-blaming strategy is societally justified and reproduced in other contexts. When bisexual women are asked about their sexual assault experiences, they typically attribute their targeting and the after-effects to bi-negativity through hypersexualization, perpetrator insecurity, or even “corrective rape.” These types of experiences stay with survivors as they engage in future sexual acts, causing them to be hypersensitive around male partners. With all of this taken together, though the bisexual orientation is very much real, bisexual women may be coerced into second-guessing their own sexuality as a means to cope with society’s criticism.

It’s no surprise, then, that the bisexual woman promiscuity stereotype led to the exploitation of same-sex desire for the pleasure of men. Whether this exploitation is in the public (e.g., fraternity parties, bars) or private spheres (e.g., group sexual encounters), bisexual women commonly feel fetishized for their sexual orientation. In fact, a survey of heterosexual undergraduate men revealed more positive ratings associated with bisexual women than bisexual men, but mediation analysis clarified that this difference was partly due to the eroticization of girl-on-girl relationships. Moreover, some participants regarded bisexual women as extra “sexy,” but “actually heterosexual.” These reactions highlight the paradox between fantasy and denial of identity. By choosing to believe that one’s sexual orientation is purely for men’s pleasure, one can be both hypersexualized and stripped of their autonomy.

The fantasy goes even further, though, to include imaginings of cheating and resulting relationship jealousy. Another study showed that while women expressed moderately high levels of insecurity for relationships with bisexual men, men expressed only low to moderate levels of insecurity for relationships with bisexual women. Thus, bisexuality in women is not considered as threatening as it is in men. I’d venture to think that this is, again, due to bisexual women being seen as a bonus avenue to woman-man-woman threesomes for fun, though the “real” relationship would remain strictly heterosexual.

In a study on perceived infidelity in bisexual individuals, bisexual men dating women were most distressed by the idea of their partner cheating. In contrast, all other combinations (bisexual men dating men, bisexual women dating women, and bisexual women dating men) were less distressed by the idea of their partner potentially being disloyal. Bisexual men and heterosexual men were on the same level of distress—both groups reported the largest amount of uncomfortable feelings when imagining their partner cheating. Interestingly, bisexual women also reported the most amount of distress about their female partners cheating with a man. Thus, the male gaze has a strong hold on the notion that bisexual women may be more sexually active and unstable in relationships. Further, because bisexual women were still affected by these trends, this type of patriarchal thinking is proven to affect everyone. However, bisexual women with lower levels of internalized biphobia are known to cheat less than those with higher levels. So, ultimately, everyone would benefit from dismantling these systems of oppression.

You’ve probably heard the phrase “the personal is political.” This phrase follows the feminist ideology that one’s identity is inherently linked to societal power structures and attitudes. Partially because of this, bisexual women and lesbians are more likely to be feminists, associate with feminist beliefs, or engage in feminist actions. If the personal is political, everyone’s relationships are bound to societal thinking about said relationships, which creates the negative health and love outcomes that we currently see. Without challenging these ideas, we cannot achieve equity and justice-based objectives. Not only that, but if I get asked for a threesome one more time, I’m going to lose it. Ultimately, everyone has something to gain from breaking down barriers around love and sex. Let’s do the work so we can enjoy the play.

Emily Carriere is a graduate student pursuing her Master’s in Public Policy at the University of California, Riverside, USA. She hopes to use her lived experience and gained educational background to advance bisexual+ women’s positionality, health outcomes, and political representation.