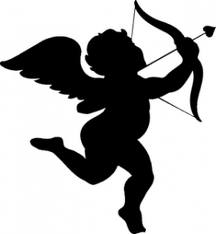 Let’s be clear from the start: this perpetually single lady is no stranger to online dating. Girl, I did online dating back when Al Gore taught the Internet to boom. Just out of college, I had precious little dating experience because on campus, it simply wasn’t done. You just sort of hooked up and – sometimes – hoped something came of it. (“You mean the dreaded Hook Up Culture existed in the ‘90s? Heavens, fetch me my smelling salts!”)

Out in the real world without a community of peers at my fingertips, I viewed online dating as one arrow in my quiver for finding affection in all its glorious forms. I not only got good at dating through these online adventures, I actually came to enjoy it. I learned everything from taking a chance on people (“Well, she’s 4’10” and I’m 5’9”…but she wants to see a movie with me, and we might be soul mates”) to determining the worst kind of person to date (i.e. anyone embarrassed by online dating). Both the Internet and I now have over a decade of online dating experience. Nowadays, with the Internet literally in your back pocket and linked up to GPS, online dating should really be coming into its own. And it is. Unless, of course, you’re bi.

Take OkCupid, one of the most widely used dating websites, partly because it’s free. I hadn’t used it in years but decided to log on a month ago and found an unsettling new development. In order to get started, you now need to choose your gender, current relationship status, and sexual orientation. Each question provides possible answers in drop-down menus; the one for “orientation” allows you to choose “I’m straight,” “I’m gay,” or “I’m bisexual.”

Any bisexual woman seeking a monogamous relationship knows not to put “bisexual” in a profile when searching for men. It is, for lack of a better word, distracting. In fact, this is why it behooves you to make two separate profiles, and usually on two different sites. A lady may defy this rule in favor of honesty and pride in her identity: rest assured, she’ll only make that rookie mistake once.

I chose “I’m bisexual” and received a list of profiles that were mostly straight women or gay men. How was that supposed to work? (When I re-answered the question as “I’m straight,” I only received profiles of straight men.) I could then do a Targeted Search based on zip code, age range, and sexuality/gender. For the latter, I could choose any combination of: guys/girls, guys/girls who like guys/ girls, both who like bi guys/bi girls, or straight/gay/bi guys/girls only.

But why does it matter that I identify as bi? The fact that searchers can opt out of seeing my profile simply because I’m bi might imply that the site facilitates their biphobia. I don’t think it’s a leap to wonder if the techies behind OkCupid conflate bisexuality with polyamory or a penchant for threesomes.

Lest you think the queer sites are any better, I present to you Curve, a popular lesbian magazine that has been on the stands for 20 years and online for ten. Their online personals, run by TangoWire (which also runs Latin Lesbian Dating, Black Lesbian Personals, and others), offer you the choice between “I am seeking a Lesbian” or “I am seeking a Bi-sexual [ugh, spelled with a hyphen no less] Woman.” This presents the same opt-out obstacles and implications as in OkCupid. Perhaps, here, the idea is that bisexuals should only date each other? Who cooked up that model of a dating leper colony – Dan Savage?

Even iPhone apps are getting in on the act. Grindr, a kind of electronic gaydar for queer men, allows you to click on a pop-up that says, “I’m straight or lesbian, and I want Grindr too!” Once you do, you can sign up for notification when they create a similar app for you. Your choices? “I’m a Straight Guy/Straight Girl/Lesbian.” If websites are insulting in “othering” bisexuals, the apps do them one worse by purporting that we don’t even exist.

Online dating sites have evolved, but not in the way that I expected. It seems that their willful ignorance of queer culture has become more specific. Times were, mainstream dating sites thought they could just stick “M4M” and “F4F” in their drop down menus and watch the queer money roll in. That actually hasn’t changed at all; these sites continue to make no effort to provide a culturally appropriate template for their queer clients. They offer no references to butch, femme, or androgynous identities, no options to indicate how out you are, no choices outside of the divorced/single dichotomy.

Now there’s just more ignorance surrounding minorities within minorities. Most queer dating sites even have the gall to reduce gender to a binary choice. (Don’t look so smug, Gay.com. You managed to remember that trans people exist but you socially ghettoized them in your search menu in the same way Curve did bisexuals.)

Some sites get it right by taking a page out of the sexual health playbook and focusing on actions instead of identities. On Skout and Act4Love, you simply choose whether you’re a man or woman looking for a man, woman, or both/either (although the question of gender queerness remains). The best format I’ve seen is on Lovetastic, a site for men specifically looking for a relationship with another man. The profile is mostly free-form and the search engine is just that: an empty field, like Googling for love. There’s even a tag cloud, making Lovetastic the ‘10s answer for complex, unique queer male daters who want to search and self-identify comfortably.

The problem is, no one uses Skout, Act4Love, or Lovetastic, and to get the best results in online dating, you need to be where everyone else is (read: Match.com). My vision for the online dating future is that people in their 20s – the target audience of all such sites – will drive a Movement for Love by demanding culturally appropriate dating sites. Considering younger folks seem to prefer more fluid gender and sexual identities, change may be just around the corner. And that’s good, because my love life is hard enough to navigate without technology conspiring against it.

Jen is a board member of the Bisexual Resource Center.

END_OF_DOCUMENT_TOKEN_TO_BE_REPLACED

If Flying Solo Is An Art Form, Then My Life is a Masterpiece

By Kanika Ameerah I confess: I’m single out of complete and utter laziness. To me, dating seems like a chore, and a rather unpleasant one at that. Hitting up the bars and clubs, going to mixers, reading books such as The Rules and He’s Just Not That Into You and doing...

END_OF_DOCUMENT_TOKEN_TO_BE_REPLACED

From your editor: Bi and Single

The theme of this issue is “Bi and Single.” I’m pleased to say that submissions came pouring in! Jen Bonardi offers a bi perspective on dating sites. Fennel and Dillan DiGiovanni offer tips for single folks. Kanika Ameerah, Kitty Kavanagh and The B Word Poet offer...