Am I Doing It right? How Normalizing Queerness Helped Me Build Connection with My Child—and Turn a Mirror on Myself 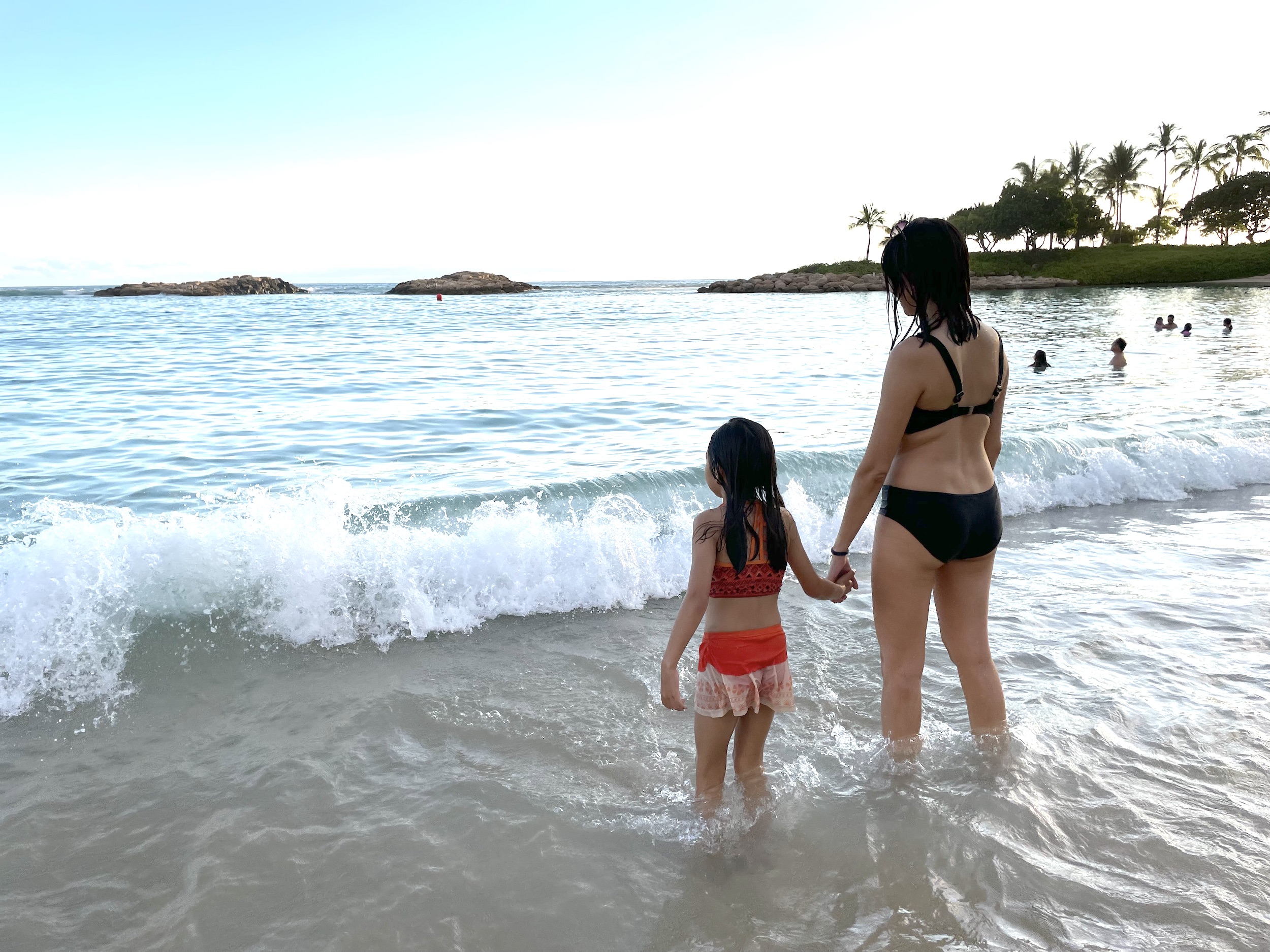 When my pregnancy became outwardly visible to others, I learned that parenting in a mostly white, middle-class suburb of Los Angeles had dropped me into the middle of an arena surrounded by armchair quarterbacks.

“What’s your birth plan?” What the hell is a birth plan, I thought. Don’t you just show up at the hospital when it’s time and they take the baby out?

“Are you getting an epidural?” Of course. Haven’t I suffered enough?

“I hope that’s decaf in your cup.” Nope.

“Are you planning to breastfeed exclusively?” Um …we’ll see how it goes?

And then, nine months into the pregnancy, my dad died. A few weeks later, I gave birth, followed by a life-threatening medical complication and a year-long bout of postpartum depression.

A week or so after my re-hospitalization and near-death experience, the other questions began:

“When are you gonna give her a sibling?” Never.

“Why not? She’ll be so lonely as an only child.” I’d rather be alive with one kid than dead with two.“Oh my God, you put her in daycare already? She’s only two months old! Poor thing!”

Of course, nobody questioned my husband for returning to work after four weeks. And I wondered why it was hard for me to make friends here. Me, I had chosen to go back to work as soon as my C-section healed, as a coping mechanism for the depression. Those were the days before I’d started going to therapy. Based on this experience, I began to realize that no matter how my partner and I chose to parent our child we would be judged, so we might as well choose what felt right to us. And so we did.

Fast forward six years later; I was staring out the passenger side window of our Honda Civic, watching the Mexican bush sage swaying in the wind. I imagined running my fingers along the velvety leaves, inhaling the sweet, peppery fragrance of their purple blooms, when my daughter brought me back to the present.

“Yes, anak?” I turned to look over my shoulder, addressing her as my child in Tagalog. She held my gaze with her shining brown eyes.

“I think I wanna marry a girl when I get older.”

A smile formed in my spirit, reaching my lips and eyes. “That’s wonderful, lovey. I hope you find someone who treats you well and is a good partner for you,” I said.

I turned back around, glancing at my husband, a supportive, down-for-whatever, cishet Asian guy who fits both of those criteria. Without saying a word, he nodded his head in affirmation, checked his blind spot, and switched lanes.

I thought about what it meant that my child shared her heart so freely with us. At this early point in her life, I hesitated to put a label on her, instead celebrating her openness to think beyond compulsory heterosexuality. When the time comes, she can decide her identities for herself. Meanwhile, I thought of all the ways we normalize queerness in our home: hanging out with queer friends, stocking her bookshelf with queer picture books, watching The Bravest Knight on Hulu featuring Nia and her two dads, hanging sapphic art by @Pandesaii in our guest bathroom, participating in community Pride events hosted by fellow queer women of color. I thought of the arguments I’d picked with her preschool for telling the girls they could only choose from princess dresses, while the boys had to select from superhero costumes, of the exhausted conversations I’d had with my sister about resisting our community’s insistence on distinguishing “girl toys” from “boy toys.”

For a moment, I patted myself on the back for doing the emotional labor to create a safe haven for her, which, after six years of trudging uphill through quicksand and questioning whether I was doing too much, finally seemed to be paying off. Now, maybe I could lie down and rest for a moment. And then, with a twinge of envy, I started to wonder where the safe haven was for myself.

Growing up in a strictly Catholic, Filipino household, any mention of sexuality was unheard of, let alone queerness. It was only over the past year that I’d started to acknowledge my attraction to certain women and nonbinary people, snippets of knowledge floating aimlessly in my consciousness since my early twenties but quickly suppressed. Although the vocabulary already existed and I’d watched with admiration as various friends came out over the years, it hadn’t occurred to me to try it on myself—until this conversation happened.

And sometimes our kids have that effect on us. They motivate us to be better—to work on ourselves so that they can inherit more of our healing and less of our trauma.

A Google search led me to Robyn Ochs’ definition of bisexuality:

My eyes widened and my pulse quickened. I’ve never met this person before; how does she know me? I thought. And then I realized that she wasn’t just talking about me—she was referring to a whole community of people. A community that I’d been searching for.

Another hour down the rabbit hole led me through bisexual memes about lemon bars and sitting in weird positions, eventually landing me in some affirmations:

You are queer enough.

You don’t owe anybody receipts of who you’ve dated.

You can be in a monogamous relationship with a person of any gender. Still Bi+.

It took me about a week to gather the courage to come out to my husband. He glanced up from the virtual Scrabble game on his phone, patted my thigh reassuringly, and said, “You be you, babe.”

A few weeks later, as I affixed a striped, heart-shaped sticker to my laptop, my daughter asked what it was. I explained, “It’s a bisexual pride flag. Bisexual means we might like boys, or girls, or nonbinary people. I’m bisexual.” And she smiled and asked if she could have one too.

For everyone else, save for a couple of trusted friends I’d confided in sooner, I put up an Instagram post. In the video of myself getting ready in front of the mirror and attaching a bisexual flag pin to my sweater, I added the caption, “I’m dreaming of a future in which our children and grandchildren will have no need to “come out,” because we will no longer assume that straight and cisgender are the default, and they will be safe to show up as their whole selves in all corners of the world. Until then, this bisexual bitch will wear her badge with pride.”

Looking back, I wonder if some of my nesting habits from years ago—the intentional curation of queer art and media, the connection with queer friends and community members—may have been a reflection of what my spirit already knew to be true before my brain caught up. These were behaviors not of an enthusiastic ally, but of someone who already belonged to the queer community.

As someone who’s newly out, I have yet to find my people within the bi+ community, but I appreciate the concept of our expansiveness. In a world where people demand that you pick a side—Black or white (neither), gay or straight (also neither), Filipino or American (both)—I appreciate that bisexuality is inclusive so that, at least in this identity, I don’t have to place one foot in each world. I can just be here.

DC Malaya (she/her) lives in Los Angeles County with her partner, child, and two dogs. She works as a nonprofit executive and is currently working on her debut novel featuring a bisexual Filipina-American protagonist.

AROUND THE WORLD: EAST AFRICA