Why I Am a Bi Ally 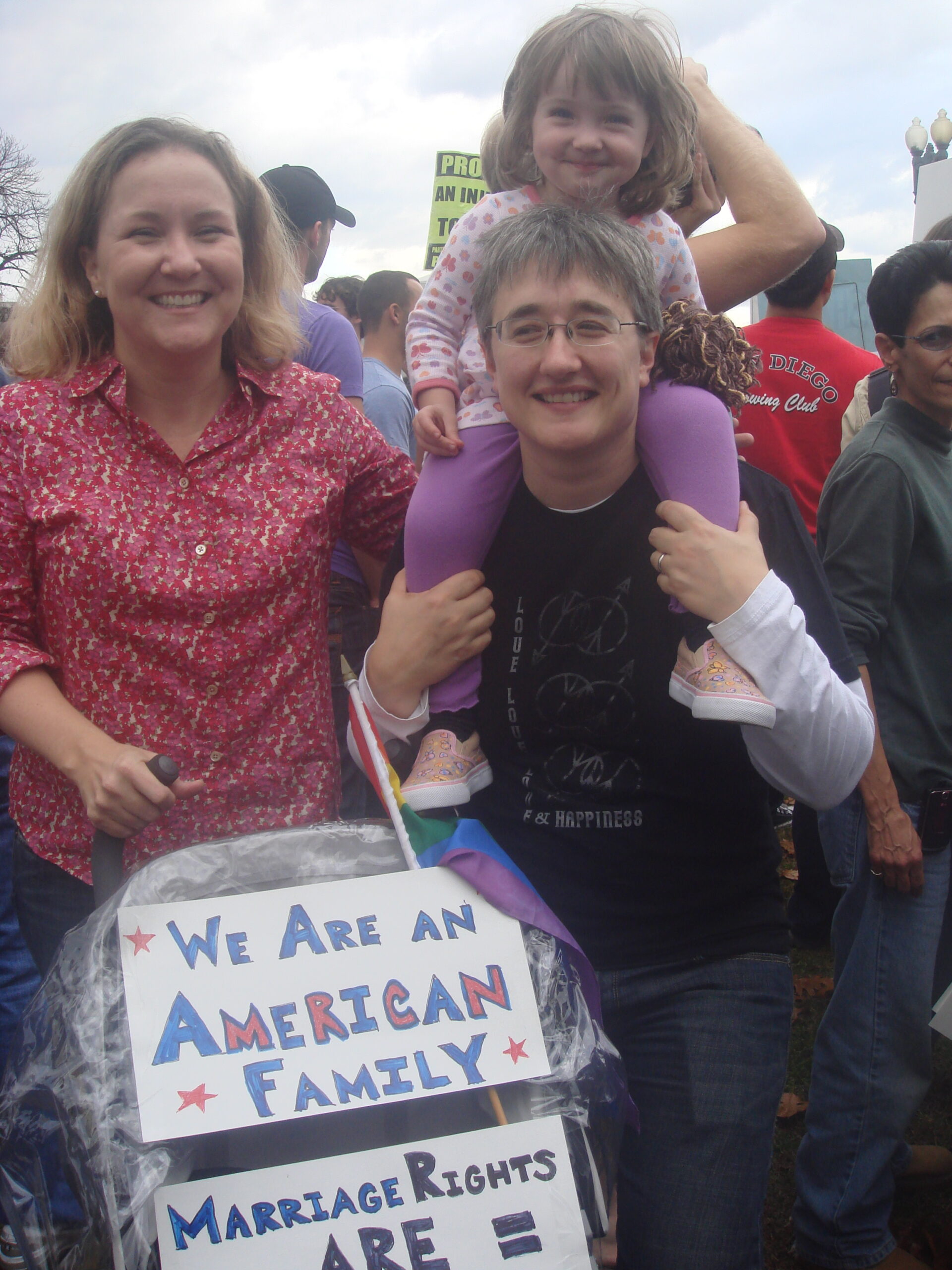 One of the most interesting parts of being an ally—for me at least—is the reaction of other people. “I had no idea you were [fill in the blank]” has been said to me so many times I cannot count. I consider it a compliment, which always confuses people when I then say “Actually, I am not [fill in the blank], why do you think so?”

The two most common communities for whom I consider myself a strong ally and hear this about are the bisexual and leather communities. I often joke that the thrill of being thought of as bisexual or a leather dyke is well worth the flack I take for my outspokenness. More simply put, being a married, monogamous and vanilla (ok, maybe with a few chocolate chips), Kinsey 5.9 (big crush on Sting in high school), I need all the excitement I can get.

But seriously, this is the most frustrating thing I experience as an activist and as an active member of the LGBTQ community. Why we do not look at our own biases or internalized phobias about our sexual identity or behavior is truly beyond me. Oh right, phobias are irrational fears and people need to recognize that for themselves. Sigh.

I have stopped trying to explain that and now simply see myself as a truth teller who just takes every opportunity possible to confront biphobia (amongst others) when I see it. One of my friends jokingly says my business card should read “reality based activist.” He seems to think we are a rare breed.

Sadly, this blatant prejudice and ignorance still happens in front of me, often in the company of people I do not expect it from. I was recently at the NGLTF Creating Change conference and even there, at a dinner with colleagues I consider friends, the comments were made that “I don’t know any bisexuals,” “I would not date a bisexual,” and “I don’t think anyone is really bisexual.” If they made those comments and inserted the word gay or lesbian, I noted, what would their response be? Discussion ensued. I hear them say “I never thought about it that way.” Then we had dessert. I hope I made a difference. Welcome to my world.

So here are my reasons for being an ally—which I duly trotted out at that dinner—which might help others in combating the ignorance around bisexuality:

Seems simple, no? Well, as someone whose life’s work has been all about activism and education related to LGBTQ issues, the on-going denial and unwillingness to overcome one’s fears, learn about bisexuality and not be inclusive in our thinking is not just irresponsible, it is dangerous. Consider the marriage equality debate, the on-going AIDS epidemic, the struggle for family equality and so many other issues. To not consider the needs and nuances of how the bisexual community plays a role in the bigger picture or is impacted by the legal and cultural implications of these issues is unconscionable.

I was once on Good Morning America, talking about Anne Heche and her new relationship with a man after her break-up with Ellen Degeneres. I spoke up strongly for her, in a non-judgmental way, in addition to educating the audience about the reality and existence of bisexuals. What I rarely tell people is that the producer loved me because I was honest and said I had dated and been in relationships with a number of out bisexual women. So when the question was asked by host George Stephanopoulos “Does the lesbian community feel betrayed?” I answered as honestly as I could. “If they feel betrayed, they are being ignorant and disingenuous.” I followed up with a message about how we should all wish Anne—and Ellen—the best and that the reality is that we don’t really know them, but we do know that relationships are difficult and being left sucks no matter who someone leaves you for—which resulted in some not nice emails from lesbians and a good deal of fan mail. A few even started out with, “I didn’t realize you were bisexual.” Guess how I replied to those.

Cathy Renna, a media relations expert and as a leader within the LGBT community, was a major force behind the success and growth of the Gay and Lesbian Alliance Against Defamation (GLAAD), where she worked for 14 years. Cathy served as a primary spokesperson for GLAAD, as well as its first National News Media Director. She is currently managing partner of Renna Communications.

On January 31, 2009, at the National Gay & Lesbian Task Force’s Creating Change Conference in Denver, Robyn was given the 2009 Susan J. Hyde Activism Award for Longevity in the Movement. The award comes with a beautiful plaque, inscribed with the following: “We...

END_OF_DOCUMENT_TOKEN_TO_BE_REPLACED

From your editor: Allies

The theme of this issue is “Allies.” Th is topic is very important to me. Thinking back to the “bad old days” when out bisexuals were even fewer than today, and we were subjected to relentless biphobia, having our identities, our commitment to the LGBT movement— and...

END_OF_DOCUMENT_TOKEN_TO_BE_REPLACED

How To Be an Ally To a Bisexual Person

By Ellyn Ruthstrom I was walking down the street in Jamaica Plain a few days ago when two people with clipboards approached me and asked, “Do you have time for gay rights?” I cheerfully replied that I always had time for gay rights and stopped to listen to their...