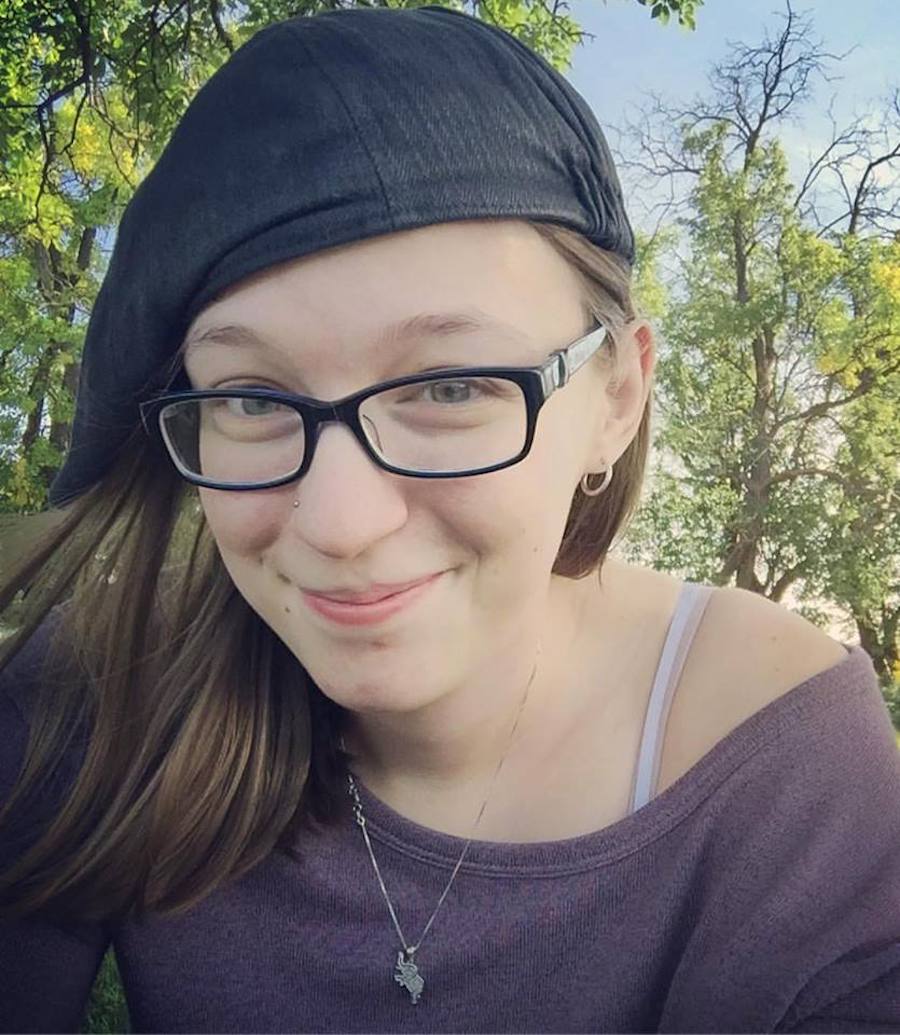 Goddamn, was I ever thirsty at eighteen.
So desperate was I to stop the burning, I’d take any glass offered to me—
Filled with vodka or rainbow-shining oil, it all felt the same dripping down my throat.

When I was nineteen, he was my first beer.
It was a hot, hot day and I was so             thirsty.
The more I drank the more I needed him.
Dehydration getting worse even as I drank—
Every sip soothing, every gulp doing more damage.
I would drink from him every chance that I got; I was addicted.
I used up my precious resources making sure I had enough to drink.
It wasn’t foul oil or burning scotch, but my body withered anyway.
My heart pumped wildly when I saw him, and when he offered me that cup—
I was done for. I, who was so thirsty,
Drank from that poisoned well for three years.

I didn’t know I was drowning until I met you.
He had offered me an innertube and promised me a lake
But all I ever got from him was saltwater.
I waded in his ocean, thought his world so expansive that I would find
Something, anything to anchor me as my skin burned in the sun—
Wouldn’t you kill for a nice, cold beer?

Your hands make a cup and lift water to my lips:
Lips cracked, sundried, feel the coolness and don’t even recognize water.
They have gone so long without.

You are my water, and that sounds incredibly boring
But I can’t think of a single taste as sweet.
You are my water, you have become essential in so short a time
I don’t know how I survived before you
When I was so             thirsty.

It isn’t about the thunder in my ears growing silent when you whisper.
It isn’t about missing you when you are out of arms’ reach.
It isn’t about feeling loved in your arms, though I hugged myself for years.
And it isn’t even about sex, though I want you to fuck me—
Now. Right now. I want you. Now and forever.
I am never satisfied, never loved enough.

Casey Lawrence is a 22-year-old Canadian university student completing a Master’s degree in English Literature. She is the author of two bi+ YA novels, Out of Order (2015) and Order in the Court (2016), published by Harmony Ink Press. Last year she co-edited an anthology of poetry reacting to the 2016 US election, 11/9: The Fall of American Democracy, to raise money for RAINN, the nation’s largest anti-sexual violence organization, and the ACLU, the nonprofit organization defending the constitutional rights of Americans. It can be purchased on Amazon at www.amazon.com/11-9-FallAmerican-Democracy/dp/1521474060.

END_OF_DOCUMENT_TOKEN_TO_BE_REPLACED

By Kristin Turner Growing up, raised as an only child... Holidays mostly spent with family in New York... Born in Boston, MA... Favorite New York relative my TaTa... My Vito... My Step Grandfather... Every trip down to my Grandma’s Coop, he would surprise me, showing...

END_OF_DOCUMENT_TOKEN_TO_BE_REPLACED

By Karen Schnurstein Her childhood church was exactly as she remembered: flooded in red carpet, dark, glossy wooden pews holding everything in order. On the ceiling, high as the sky— the many mighty phoenix symbols (white and black, on red and blue tiles). Before she...