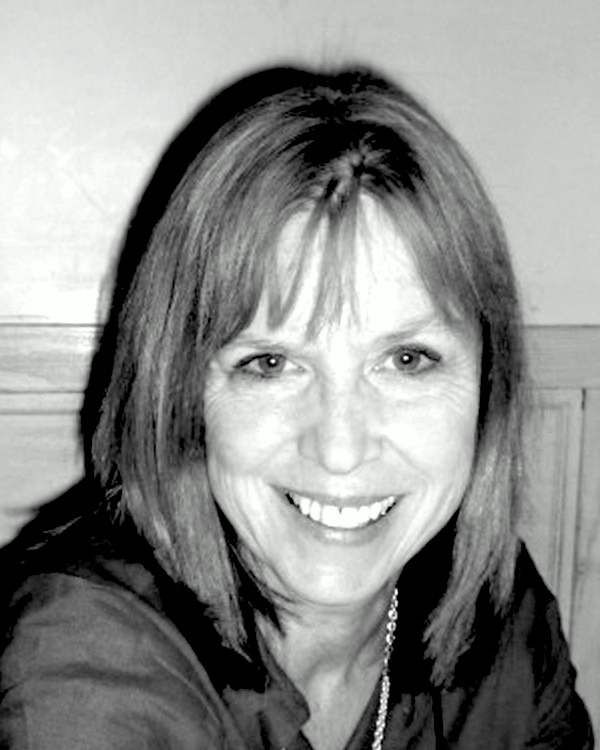 At long last, here are the final three parts of Jess Wells’s nine-part story, I hope you enjoy them as much as I have.

We had been arguing about the kids’ comings and goings, about schedules and being notified of things because I’m a planner and Simon’s plan-phobic.

Simon hates to plan. He doesn’t know what he’s going to do at the end of the day, even after morning coffee. He never makes a reservation for anything and he thinks even the smallest calendar or note pad with dates on it is giving in to The Man. Weekends that I thought were scheduled with the kids, weren’t. I assumed it was because his wife (count-down to the divorce) was running the show, but it isn’t. He just admits to having a serious deficit in the time-management skills department.

But life takes planning, I argued. It doesn’t, I know, but I’m a professional project manager. Gant charts, spreadsheets, rolling deliverables and all. I can only “be here now” if I have a plan of action for immediately after “now” and a backup plan for that plan, just in case.

Simon went seven years after the separation without dating at all and I think that after he dropped his kids off at their mother’s house he would just fall into a stupor, as if life was on hold until they returned. He never wanted to go anywhere until his kids came back: things didn’t matter unless they could be shared with the kids. Life on pause. The see-saw tips, he’s stuck at the bottom.

When an opportunity came up to be with them, even if it was a spur-of-the-moment change of the family constellation, he would jump at it. But that means that he’d go off to Marin to drop off the kids and come back with one. Or walk through the door (when I had dinner for three in the oven) with two extra mouths to feed.

Finally I put my foot down, pointing out that putting everything on hold until his kids returned made me feel like my son and I didn’t count. And if he’s not going to plan ahead or let me know when they’re going to be around, I can’t schedule things only for the weekends that they’re there.

It was my “life goes on” speech. Which was a bit ridiculous of me because I am incapable of being without my son. That’s why I’m a single parent by choice: better do it all alone than have to have him just half-time.

That’s when the “oh my gawd” moment came and I could see things more clearly. Simon was talking about how difficult it is for him to be without his kids, how painful it is for him to only see his kids half-time.

And I could see it in his face: more than the demise of his marriage, the central pain in his life is his separation from his kids. Relationships come and go but if you want pain, take a parent away from their kids. That pain overrides all schedules or menus, that’s for sure. Simon now tries harder to let me know what’s going on, and he’s getting used to doing things with just the three of us. In return, I cook for five, almost always.

I am a single parent by choice—rare, I know. Not a “broken family” or a it-didn’t-work dream. Single parent by choice because I figured that if there’s a 50% probability of divorce among heterosexuals then there has to be a 75% chance of divorce among lesbians. And I just wasn’t going to have my son living out of a suitcase, shuttled back and forth. I’ve seen too many disorders generated by that uncertainty. My son would come home to the same house and sleep in the same bed every night, regardless of whether I had to incur the huge karmic debt and my ex- bear the huge emotional scar of my refusal to co-parent with her. Besides, I am a mom who wants to be up to her elbows in motherhood, so there just wasn’t enough kid to share. Fifty percent parenting wasn’t enough parenting for me. I suggested she have one as well (so handy, this lesbian parenting) but she declined.

So I walked into this relationship with a divorced father with a deeply held dislike of the see-saw lifestyle. I need order and stability.

The fluctuating cast of characters was difficult for me because the see-saw was tipping. It caused a couple of hours of the oldest mouthing off at his dad (read transition behavior) or the young one talking incessantly (read: transition behavior). I faced rising panic every time I knew they were about to arrive (transition behavior) and would need to retreat to my room and close the door to have some control. Everything changed. My son never spoke at the dinner table when Simon’s kids were there, as if we were watching someone else’s dinner theater. If he did speak, it was to make outlandish claims as if he had to open with a zinger of a punchline (transition behavior). And for the first year there was nothing I could do to keep my son at his homework or on his usual regimen because Simon’s youngest was there and there were video games and the Simpsons. I lost my son to the pack whenever Simon’s kids arrived.

And Simon, so hungry for their company, would walk down the street shoulder to shoulder with his oldest, the rest of us trailing behind. Waiting our turn.

Then Simon would fall into a funk when they left and put life on pause while my son would get wacky and out of control to fill up the space the other kids had vacated.

“Cave of the Clan Bear”

The joy, of course, is that all things balance out in time. I am blessed to be in a situation in which the care of children takes primacy. Simon and I recite the litany of sporting events and play dates that will keep us jetting around town all day Saturday and there’s no resentment or inequality. There’s no issue if I work all evening with my son on his homework and it’s assumed that Simon will play guitar with his oldest, go to dinner alone with his kids after aikido, and go to the swim meets of his youngest. At 10 p.m. every night it all shuts down and it’s time for the two of us (gosh, a whole 30 minutes). We try to get away every couple of months for a weekend, and once a week we grab a few hours when there are no children in the house at all. I think it’s pretty healthy. No one is left behind. Neither of us is lonely or neglected. And we get along even better when the kids aren’t around, which we recognize as a darn good thing because in a short seven years the house will be empty. We’re in a clan now, and it doesn’t make any sense to pretend we’re alone in a couple, or that the configuration is any different than it is. Some of the clan members move more than others, but we’re a clan anyway, trying to be careful and kind.

Jess is the author/editor of a dozen volumes of work, including the novels The Mandrake Broom (historical fiction), The Price of Passion (lesbian erotica), and AfterShocks (modern drama).  She is the recipient of a San Francisco Arts Commission Grant for Literature and a four-time finalist for the Lambda Literary Award. Her work and workshops can be found at www.jesswells.com.

Katie Sekelsky is an illustrator and graphic designer living in Johnstown, Pennsylvania. You can see more of Katie’s work at www.ksekelsky.com.

END_OF_DOCUMENT_TOKEN_TO_BE_REPLACED

I always love it when Bi Women arrives. It’s full of voices that sound like mine, which is empowering. It’s a publication I always relish. Keep doing the grounding, inspirational work that you all do!! –Fiona Carey Last night I went to a meeting at the local Pride...

END_OF_DOCUMENT_TOKEN_TO_BE_REPLACED

From Your Editor: Traveling While Bi

Dear Reader, The theme of this issue is “Traveling While Bi.” We present you with writing on this theme by Ellyn Ruthstrom and Elaine Kolp. Chiquita Violette and Jen Yockney describe traveling to their respective countries’ seats of government, the White House and 10...