Interview with Miranda Schreiber: Improving Health Care for Bisexual+ and Other 2SLGBTQIA+ Individuals Through Better Training of Medical Practitioners 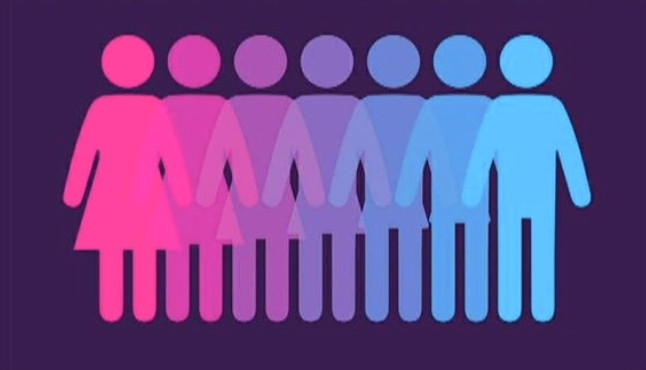 Miranda Schreiber (2021), along with four colleagues from the University of Toronto and McGill University, recently published a call to action in the Canadian Medical Association Journal, arguing for improved training of medical practitioners across Canada, in order to better address care for 2SLGBTQIA+ patients. While their call is directed towards Canadian medical institutions, insufficient training regarding this patient population is clearly a problem faced across most, or perhaps all, other countries. Miranda shared some of her thoughts about the impacts of this problem on bisexual+ and non-binary individuals with Bi Women Quarterly. Below is the paper summary and interview.

In this paper, Schreiber et. al. argue that 2SLGBTQIA+ individuals consistently experience worse mental and physical health than heterosexual individuals. Despite this, in North America, medical colleges provide little or no training to students on how to provide comprehensive healthcare to this population. Canada’s regulatory associations do not require that medical graduates are competent in treating 2SLGBTQIA+ individuals (or other minorities). As a result, most North American medical trainees have little understanding of the medical needs and systemic oppression faced by these communities, and do not understand the nuances of the potential needs specific to 2SLGBTQIA+ individuals. Advocates, federal government committees, and medical students themselves have called for integrating 2SLGBTQIA+ content into curricula and ensuring that such training also addresses additional challenges faced by 2SLGBTQIA+ people who are Black, Indigenous, immigrants, or otherwise marginalized. At colleges where such training has occurred, researchers have found significant improvements in patient care and reduced evidence of prejudice towards patients. The authors argue that training in this area must be integrated across all medical disciplines and incorporated at all phases of the educational process: in lecture, lab, and clinical training periods. Finally, the authors point out that medical institutions have themselves been among the root causes of the health problems faced by 2SLGBTQIA+ people and must recognize and address this history through structural reform to fully achieve inclusivity.

You point out that 2SLGBTQIA+ individuals have higher rates of many diseases, such as cancer and heart disease, that would seem unrelated to an individual’s sexuality or identity. Why is this, and how can better training help resolve this problem?

Western medical analysis only includes the physical body when examining the causes of disease. However, empirical evidence has overwhelmingly determined that the social world is one of the variables that shapes health outcomes. As an example, one of the reasons queer women have higher rates of breast cancer than cisgender, heterosexual women, is because 2SLGBTQIA+ people are reluctant to engage with the medical system, and thus, less likely to catch early signs of cancer. Structural oppression produces isolation, poverty, chronic stress, and other factors that contribute to an individual’s likelihood of experiencing conditions such as heart disease. Disproportionate rates of these medical conditions in 2SLGBTQIA+ communities are therefore produced by systemic violence.

It is imperative that we acknowledge the impacts of social structures that are beyond the reach of education reforms. Compulsory heteronormativity and settler colonialism are structural roots contributing to gaps in health outcomes that exist among 2SLGBTQIA+ people, especially for those who are Black and/or Indigenous. Better education will not end a systemically-produced phenomenon. However, better medical training can improve some outcomes. Some examples include sexual health, gender-affirming hormone care, cervical cancer screenings, obstetrics and family planning, psychiatric care, and ending the gatekeeping for gender reassignment surgery. Furthermore, clinicians across all medical specialties need better training on how to interact with queer and trans patients, as many 2SLGBTQIA+ patients report experiencing queerphobia and transphobia while receiving medical care. If clinicians are better trained, they can provide queer and trans patients with more informed, compassionate care, and reduce hesitancy of engagement with the healthcare system.

What are unique health problems faced by bisexual+ communities when working with health practitioners?

Bisexual women have some of the worst health outcomes in 2SLGBTQIA+ communities. Bisexual people are disproportionately unlikely to come out to their healthcare providers. This absolutely has consequences for the quality of care provided. Bisexual people also experience disproportionate rates of poverty and violence, both of which are important factors when assessing the causes of negative health outcomes. Rates for mood disorders among bisexual women are around 60%, which is higher than for gay women. Heteronormative assumptions inherent in diagnostic processes contribute to concerns such as heightened reluctance to come out to a doctor, thus reducing critical information needed for comprehensive treatment.

What kinds of practices could health practitioners provide that would address unique challenges faced by bisexual+ individuals?

If healthcare practitioners were more aware of the unique challenges that bisexual communities experience, such understanding could contribute to better outcomes. Medical care often presumes patients are cisgender and heterosexual, or tangentially, that they are cisgender and gay. Asking patients to describe their sexuality, rather than presenting them with a predetermined list of categories, allows for more precision.

What problems are faced by non-binary and intersex individuals in their interactions with health care providers? What would be the focus of training that could help to resolve this?

The history of intersex and nonbinary people and the medical institution is extremely violent and devastating. Since the Enlightenment, Western doctors and scientists have insisted on classifying newborns as either male or female, often engaging in medically unnecessary procedures at birth, to establish rigid sex/gender binary outcomes. People whose gender identity or physical expression do not conform have historically been subjected to medical and legal abuse. Their gender nonconformity has been interpreted as evidence of a medical condition.

The residue of this history persists in the medical world: intersex people are still pathologized and subjected to unnecessary surgeries. Violent structures cause people outside the gender binary to experience disproportionate poverty, substandard self-reported health and wellness, and reluctance to engage with the medical system. Genders that do not conform to Euro-American binaries need to be integrated into medical curricula and training, as this content is currently absent. A lack of understanding of trans health could contribute to misdiagnosis; for example, a doctor could attribute unexplained pain to the patient’s gender-affirming hormone therapy, rather than suggesting a blood test. Currently, it is rare for a clinician to ask for a patient’s pronouns, let alone an articulation of gender identity. Healthcare providers have an important role to play in confronting the violent systems that have produced, and continue to reproduce, the harms that we have discussed.

By Josephine Raye Kelly What does bodily autonomy mean in a country where three women a day are killed by an intimate partner and over half of women have experienced sexual violence? These numbers get significantly higher when we look at the bisexual population....