I, the worst of all 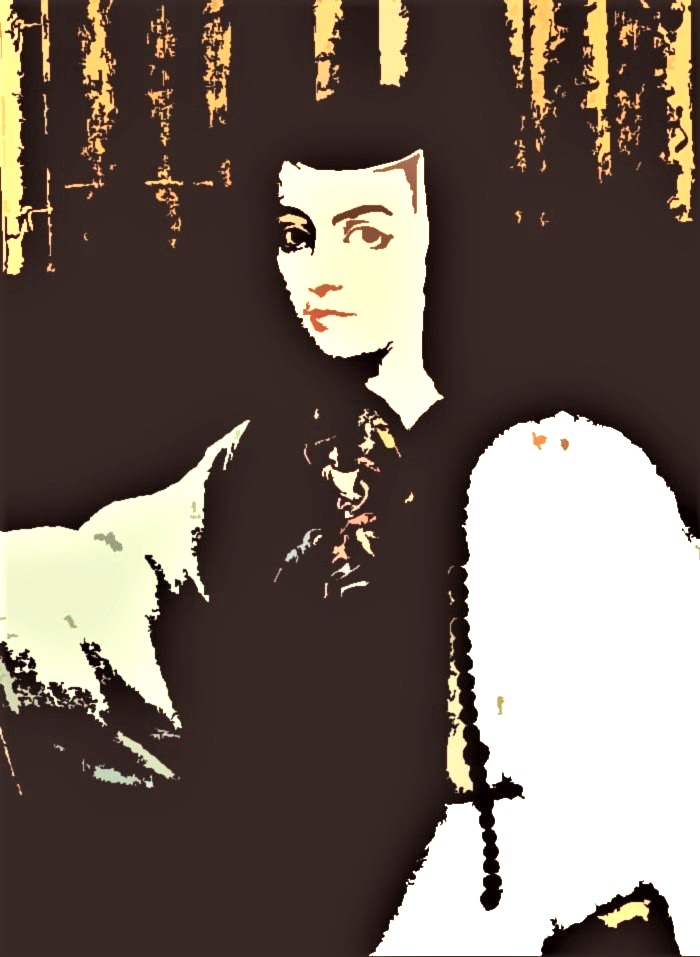 She was the Sun. She was that kind of woman that could attract you into an invisible orbit spinning around her without even trying. She was power, she was wisdom, she was light and beauty in her late thirties. And I was only 19, a naïve Language and Literature student with a passionate fondness for Sor Juana’s poetry that didn’t know how to shield against the irresistible pull of her name and the enticing way she used to put an intended emphasis in the “g” every time she spoke. I knew it the very first time I saw her. It was too late to run.

“I remember looking at myself in the mirror, crying and tearing the ribbons from my hair,” I said to my therapist. “I was heartbroken because she didn’t show up. She was my secondgrade teacher, and the only thing I knew was that I wanted to spend every minute of the day listening to her voice. I have a weakness for voices,” I said, playing with my watch, looking to the floor and recalling my Abue’s joyful smile at the celebration party of the twentieth anniversary of my uncle’s ordainment as a priest of the Catholic Church. “And how does that feel now?” asked my therapist. “Uncomfortable,” I answered. “Because she was a woman or because you were seven years old?” I took a deep breath. “Maybe I just admired her,” I said holding back my tears. He gave me the kindest look I’ve ever gotten in my life; it was as if he were afraid of breaking me just by seeing me. “Or maybe you need to stop avoiding yourself and own your feelings,” he said, and kept talking. “It’s fine if you can’t come out to your family and friends yet, but at least you need to come out to yourself. I have seen the way you look at her, so there’s no point in lying to me.” Besides being my therapist, Francisco was also a professor in the same university where I studied, and he knew her much better than I did. “It’s all good, “he said. “You don’t have to feel ashamed for being bisexual. You fall in love with people regardless of their gender—that sounded like a superpower to me—and there’s nothing wrong with it. Nothing wrong at all,” he said, and he put his hand on my back. I let the word settle in my mind for a moment, it felt surprisingly liberating. A warm feeling of certainty finally started filling the void. “She’s gorgeous,” he said, trying to clear the air. I nodded. “And she was dating a woman last year,” he added. My heart skipped a beat. Although I was aware that she was out of my league because she was much older, she was also the main patron of the university (oh yeah! I’ve always liked challenges), and had never talked to me. The fact that she also liked women propelled me into an ocean of promising maybes. I drove back home with the windows down, letting the chilling air hit my face. I was invincible. No one was going to take that away from me, not even my homophobic parents or the recent rejection of my male crush who dumped me for that curvy chaparrita who wore makeup and high heels as if she had been born with them. “Sorry, you’re not my type,” he said after someone told him that I gasped every time I saw Carmen walking through the hall.

I woke up the next morning and got into the shower still repeating to myself the word “bisexual.” As hard as it is to believe, that was the first time I heard it. Two hours later, I crossed the main entrance carrying my books and my coffee with the same pride I did every time I wore new shoes to elementary school. It was Sor Juana’s birth anniversary, so it was going to be a very busy day full of lectures and Mexican baroque sweet treats. She used to live in that building as a nun. She wrote almost all her poetry within those walls and even her bones were buried there. She was everywhere.

I walked into the crowded room for the last lecture of the day, and, somehow, I managed to find a seat just in front of Carmen’s spot behind the microphone. Soon enough, she was talking about Sor Juana’s romantic affair with Maria Luisa Manrique de Lara, whom the nun referred to as “Divina Lysi” in every poem she wrote for her beloved Countess. Sor Juana’s sexual orientation was discussed for at least one hour. At a shallow glance, she was pretty much a lesbian who entered the convent because she didn’t want to get married and was eager to dedicate her life to books. Under the surface, there was much more about her. I looked at Francisco who was sitting at the other side of the room. He stared back at me and held his breath. He instantly knew what was going to happen.

I stood up, interrupting the panel discussion. “She was not a lesbian,” I said out loud, “she was bisexual.” I felt my blood rushing to my face; my heart was beating faster and for a moment I thought I was going to faint. The silence was painfully overwhelming. Then I realized it. That was the first day, of thousands of days, explaining myself to others, justifying my feelings and desires to not make them feel uncomfortable, to avoid being rejected, judged, excluded. The first day of thousands of days that I had to betray myself to fit through a door that wasn’t even built for me, until the day I stopped caring about the damn door. I waited for Carmen to say something because she had two children from her former marriage with a man, but instead she turned to those sitting beside her and pretended I wasn’t there. In a desperate attempt to not being ignored, I recited one of Sor Juana’s poems I knew by heart.

That you’re a woman far away
Is no hindrance to my love:
For the souls, as you well know,
Distance and sex don’t count.

Everyone in that room knew Juana Inés had had a couple of romantic affairs with young men before she concealed herself from secular life, and that she wrote dozens of love poems to at least one male recipient that were not proven to have been written by mandate. Silence.

I couldn’t bear it anymore. I was standing there, in the middle of a room full of people staring at me, and yet I had never felt more invisible. Francisco came to my rescue and took me out. He held me in his arms and let me sob over his sweater until I was able to breathe again. “It’s okay,” he said, “it’s okay. The first time is always the hardest to endure. It will get easier. “

I wiped my burning eyes and cleared my throat. Will it?

Alicia González is Mexican, bisexual, a writer, an activist for peace at Nuestra Aparente Rendición/Colectivo Fu, a translator, and an astrologer.