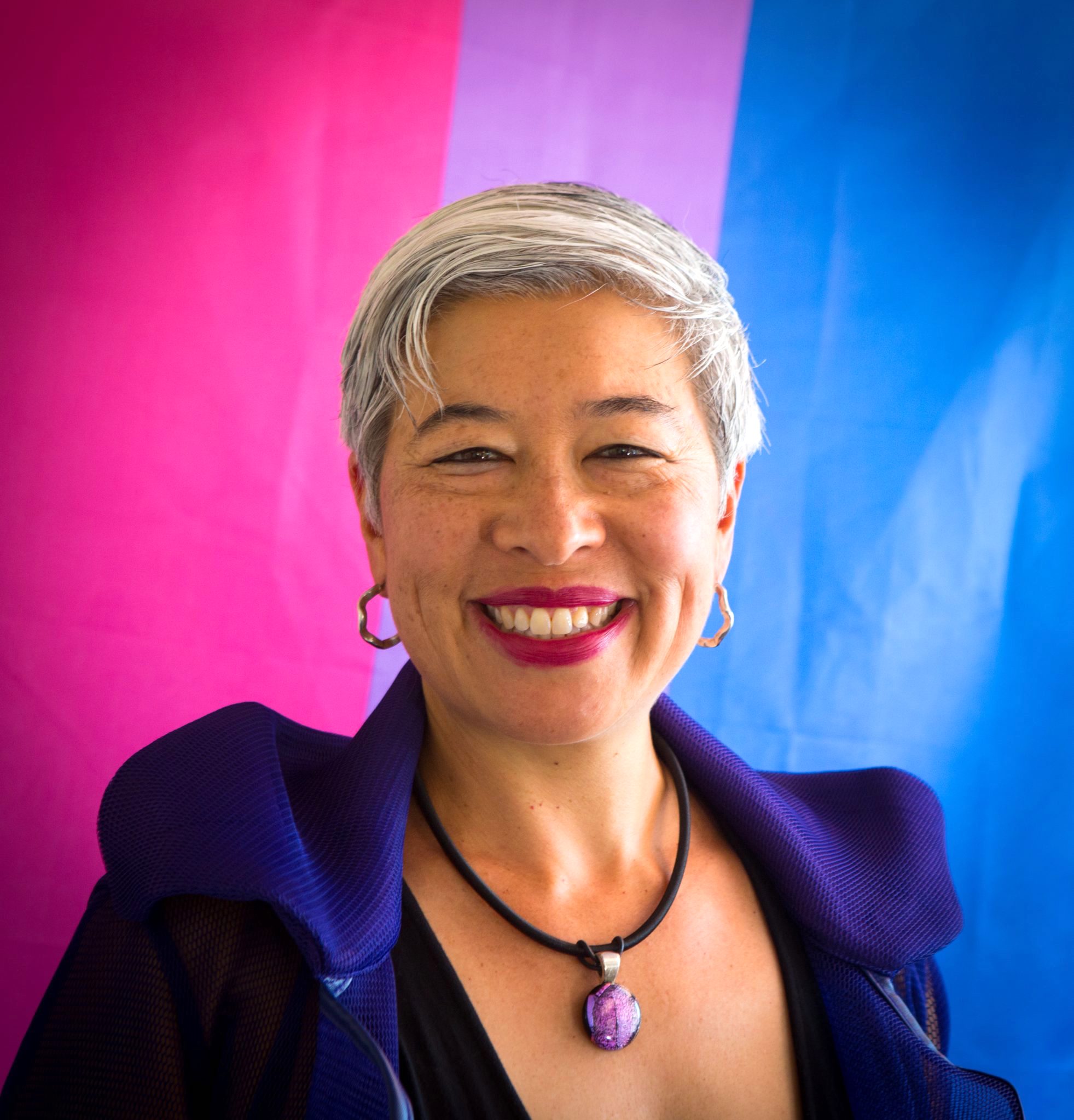 Bisexuality can feel isolating. You may not know any other bisexuals, or at least, you may not know that you know other bisexuals. You don’t quite feel like you fit into the LGBTQ community, even though the B is right there in the acronym. You’re not sure how your straight friends would react if they knew you were bisexual. Although there are more bisexual media characters and role models than there used to be, they don’t always make it look easy or acceptable to be bi. The isolation and lack of visibility make it difficult to fully accept yourself, to feel whole. You long for connection, for other humans who can speak to the lived experience of being three-dimensional bisexuals, and who can witness your journey.

I co-founded Bialogue Santa Barbara in 2016. I had been blessed with opportunities to connect with other bisexuals around the U.S., and I felt inspired to bring that sense of bisexual community back home. Now in its sixth year, we gather monthly (formerly in person, these days on Zoom) to talk and listen to one another. Our loose structure begins with a check-in (name, pronouns, what’s going on for you bisexually); the facilitator identifies topics from the check-in to initiate discussion; we share thoughts and feelings and experiences; and we check out, often with a word or phrase about what we’re taking away from the conversation. It’s so simple, and yet so powerful.

Our conversations have focused on topics of coming out, navigating health care, relationships, family, and caregiving, to name a few. As a group, we’ve raised the visibility of bisexuality in our local area by speaking at Pride, wearing “B” buttons at LGBTQ gatherings, and listing our group in community calendars. Some people come to the group saying it’s the first program they’ve ever seen that’s specifically for bisexuals. Notably, Bialogue is the most diverse group I belong to—we cover a wide range in terms of gender, age, culture, [dis]ability status, and socioeconomic status.

At a recent Bialogue meeting, I asked what people got out of our gatherings. Here’s some of what was shared:

“I don’t have to explain myself; people get it immediately.”

“I don’t allow myself to be my whole self in the rest of the world.”

“It’s deeper than a social group because we get underneath the things that are different and connect on the things we have in common.”

“It’s not a therapy group, but it’s very therapeutic.”

Over the years, Bialogue attendees have reflected on the benefits of the group: it supported their coming out process; feeling whole in this group helped them to make a career move; simply knowing the group exists is validating. The word “validating” comes up a lot. Personally, the group has deepened my connections with people I already knew and has bestowed new friends. Plus, seeing Bialogue members around town reminds me that there are other bisexuals in my community.

Because I am a researcher of bisexual psychology, I am aware of the elevated risk of depression, anxiety, suicidality, and substance use among bisexuals, and I know that social support can help shield people from the impact of stigma on mental health. As a member of Bialogue, I have witnessed this power of connection. Discussion groups cannot completely alleviate the health disparities bisexual people experience, but they are a powerful tool that can be implemented by individuals, grassroots organizations, or service providers to meet some of the most crucial needs of bisexual people: support, community, and visibility.