Bis in the White House 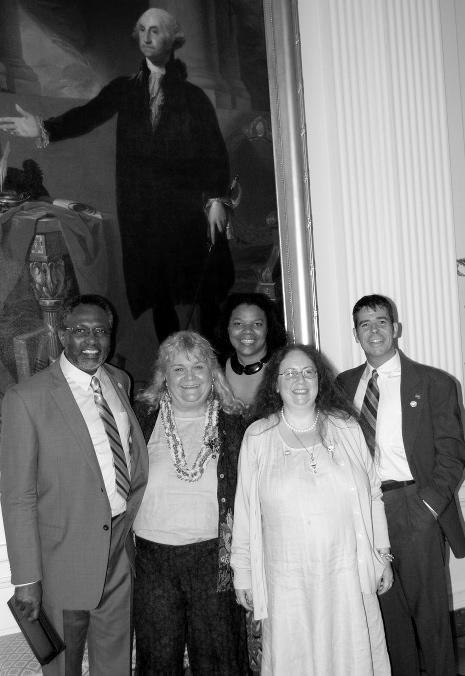 Lani, from the California Bay Area, is co-editor of Bi Any Other Name, and the first our bi member to serve on the board of the National Gay and Lesbian Task Force. She has been an inspiring activist paving the way for decades, helping to form the first national bi rights organization, BiNet USA.

Sheela is a New York City activist who founded the Bi Writers Association and writes a national bisexual column for Examiner.com.

This is the third year the Obama White House has hosted an LGBT reception, the third year bi activists were invited, and the first year we didn’t have to ask for a last-minute invitation. Past guests invited as bi community representatives: Robyn Ochs (2009); Ellyn Ruthstrom, Faith Cheltenham and A. Billy Jones (2010). Other bi folks have been present at these receptions, but they were there wearing “other hats.”