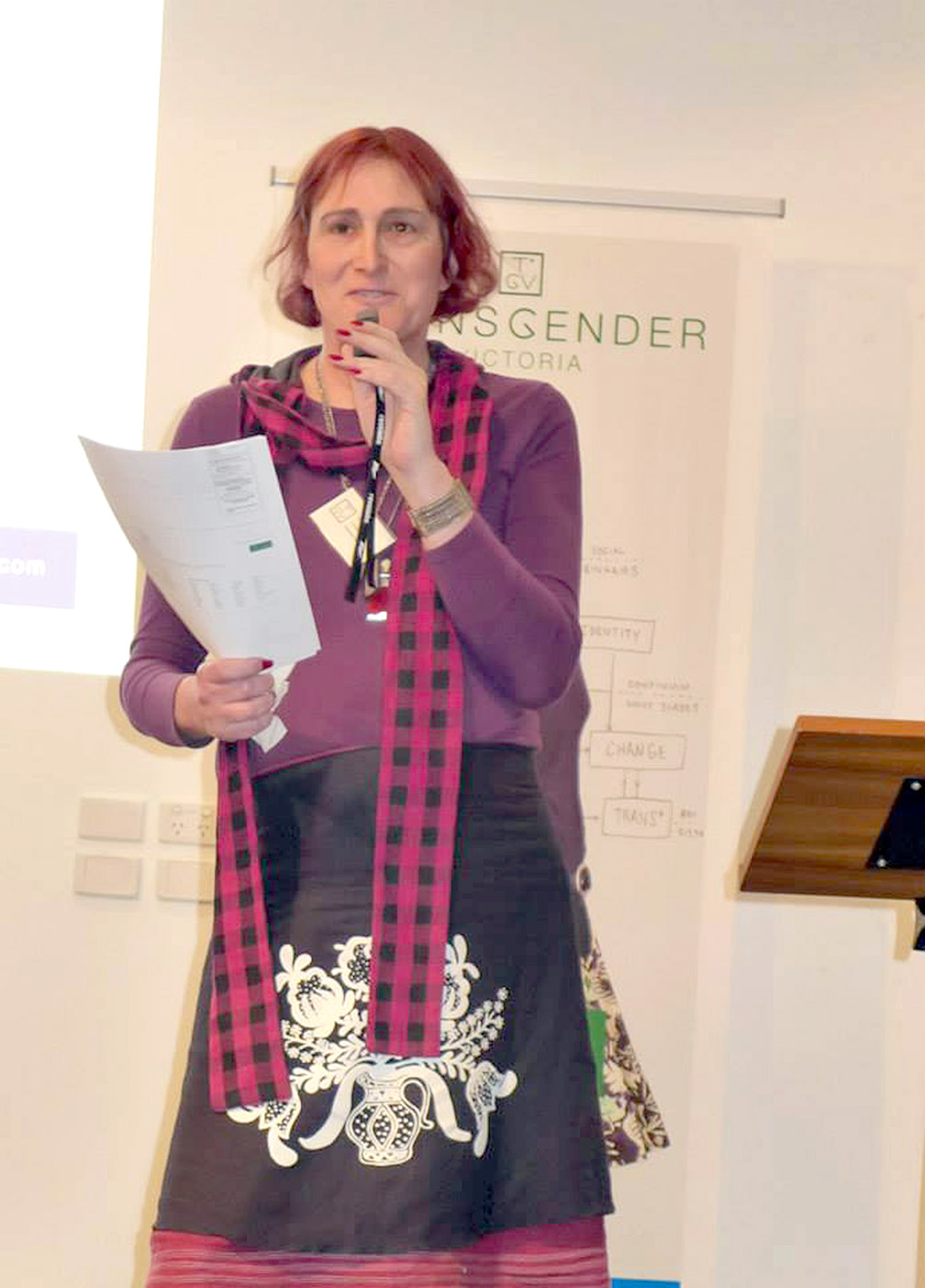 My first coming out journey was in relation to trans in 1995 when I was 29. There was very little information and knowledgeable support on this issue at that time – the Internet was only very new and there was no social media. (Yes, Virginia, there were times like that. *smile*).

I was not helped by the fact that the psychiatrist to whom I had been referred by my local doctor tried the psychological side of conversion therapy on me (re: trans) without explaining the “therapy” and without my consent. I ended up in a bad way.

What saved me was that the only friend in whom I’d confided came out to me as bisexual. I was one of only three people on the planet whom they (I’ll protect their identity in every way) had told. While it was not the same as coming out as trans, it gave me a huge sense of connection and a much-needed boost to my mental health.

I eventually found a psychologist who knew about trans and resolved the gender identity side of things.

I identified as the “cross-dresser” part of the trans kaleidoscope for around the next two and a half years, still identifying largely as male, occasionally presenting as female but making no permanent changes to body or identity. I still thought of myself as only attracted to females and therefore heterosexual.

It was around 1997 that the next layer peeled off and I first imagined/visualized the idea of being with a male. Because my friend had explained bisexuality so well, I knew very quickly what this all meant and all seemed OK.

It was not until after coming out to myself that I encountered biphobia from some gay and lesbian people. I remember in 1999 going to a screening of Jewish and supposedly queer films in Melbourne. One included a scene about a party for Jewish lesbians. The organizers received a phone message from someone saying, “I have a friend who is bisexual. Can she come?” They shook their heads while listening to the message and laughed at each other. Most of the audience laughed, too. I was horrified.

Another incident included going to a regional event in 2002 and being asked by a lesbian in an accusing tone of voice, “You’re not one of those bisexuals, are you?”

A former lesbian housemate complained to my face about “bisexual women bringing disease into our [the lesbian] community” – in our own home.

A further incident even occurred while representing Transgender Victoria on JOY 94.9 radio about our support for a petition against vile remarks (about a bi man) by Jeff Kennett. Someone emailed in saying, “Everyone knows bisexuals don’t exist.” I was at least able to respond, “I think the 300-plus people on the Bi-Victoria Yahoo group would disagree.”

Which leads to the good parts of the story. The group Melbourne Bi Youth in the late 1990s was really supportive (even if I was an older youth). In 2001, Bi-Victoria (which preceded Bisexual Alliance Victoria) consulted with trans and intersex people and came up with an inclusive definition for their website of bi being “attracted to more than one.” I really appreciated that inclusiveness and respect for intersectionality which was way ahead of its time. It’s that emotional connection to bisexual which explains why I’ve been slow to embrace the term pansexual, but I’m now beginning to use bi/ pan when describing my sexual orientation.

And, of course, since 2010 I’ve been hugely proud to be a part of Bisexual Alliance Victoria’s steering committee.

And I’m open to polyamory although I haven’t been in that situation yet. I’m rarely if ever jealous or envious in other ways, but of course multiple relationships can be a test of jealousy and envy. I’m up for the challenge.

It is heartening to see the shift in attitudes about bisexuality. Generally speaking, young people are so much more fluid in themselves about sexual orientation, gender identity and sex – including intersex – and have an approach of “whatevs.” They want to leave behind the tribal separatism of years gone by – hooray! Older people are getting the message too. And I suppose there is something serendipitous that I’m writing this as reports emerge from the Celebrate Bi Day meeting that took place at the White House in the United States a few days ago.

We are marching equally with everyone. We will no longer be bi-standers!