Around the World: PETRA MAGNO, Philippines 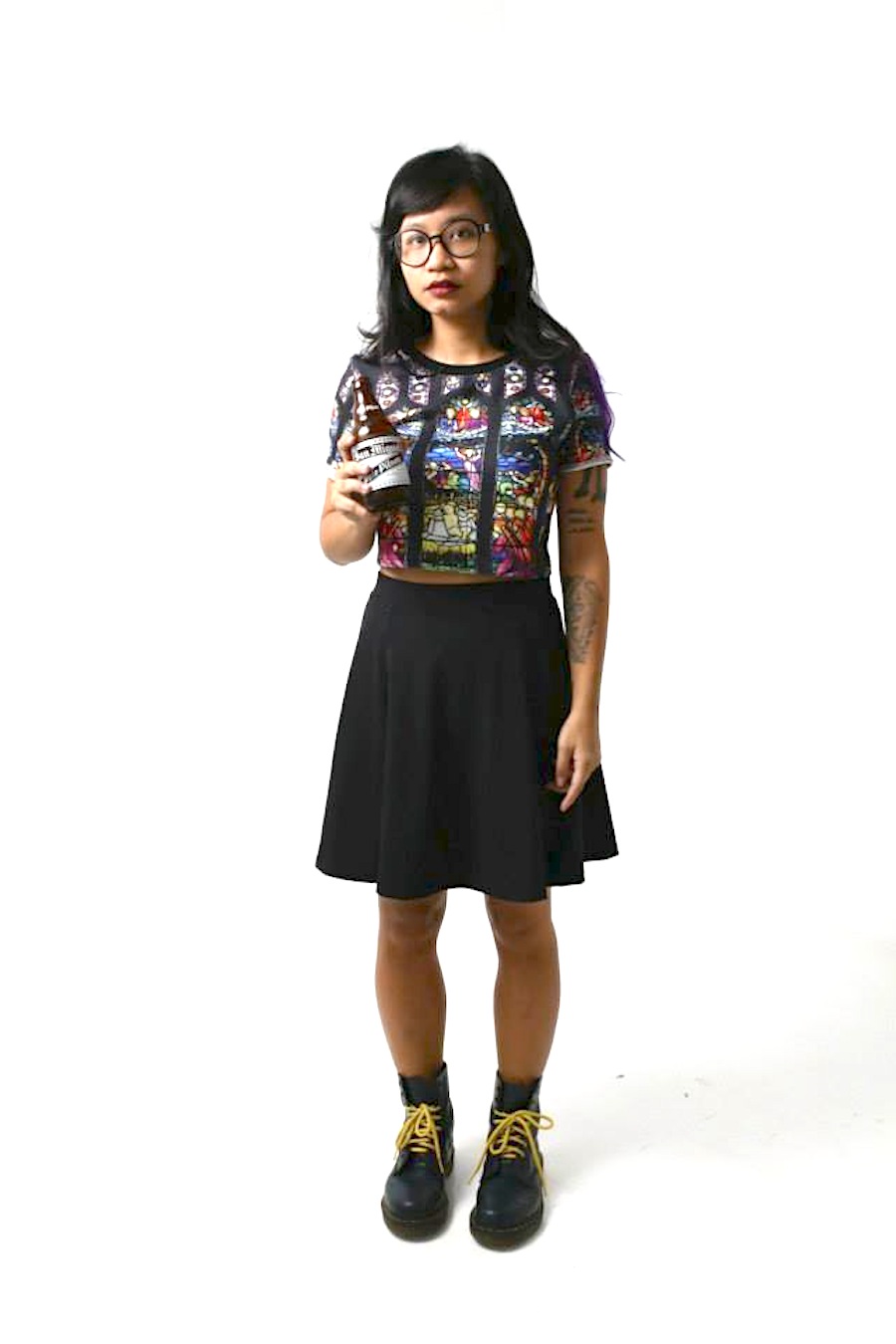 Petra, please tell us about yourself.

I’m Petra Magno, in my early twenties, fully Filipino in lineage but American on paper because I was born in Guam. I was raised in Metro Manila, and graduated a couple of years ago from the Ateneo de Manila with a major in Literature and a minor in Philosophy. I was originally primed to become a doctor, but I have always wanted to write, and a life spent scribbling poems on prescription pads didn’t appeal to me at all. After graduation, I worked at Ace Saatchi & Saatchi as a copy-based creative for two years, and then went freelance to accommodate writing gigs for glossies. I love people: I love meeting new characters, picking their minds, re-telling their stories, and chasing their thoughts into unexpected places. Since I’ve had more time on my hands, I’ve been working on collaborations with creative folk in my city, as well as little digital projects like Missed Connections Manila, Usapang Bastos (Dirty Talk), The Quick And The Dirty, and my own poem-a-day project, Soft Floors.

How did you come to identify as bi? How old were you? How did you know? Who did you tell? What happened?

I figured it out while in high school, that tempestuous arena of feelings and fears. I was a new freshman in a Catholic all-girls high school, attracted to a very pretty senior that I was never brave enough to approach, yet I was also crushing on boys from the high school next door, awkward handsomeness I’d only glimpse during mixers. I chalked it up to misplaced hormones until I fell head over heels for a girl in another class. This time I was sure about the feeling, but unsure about how to approach it. We’d write each other cautiously affectionate letters, which probably helped hone my current confessional tone.

It’s curious, but I don’t think I ever told anyone back then that I was bi, at least not anyone I knew personally. I kept a Livejournal which had a privacy setting that only contained people from other countries, people I figured I’d never run into – Australia, America, Canada – and I would write to them every day after coming home from school: bad poetry and enormous declarations about the girl I loved, all the wistful wanting that had nowhere to go. In this way, I got to keep a secret without ever being silent.

Of course the secret is out now, and those far away Livejournal friends are now Facebook friends, some of whom I’ve met in person, but that was the fraught and golden time when I figured myself out as I figured out what it was that I was meant to be doing: writing about my desire was the first and best practice I had.

You went to a Catholic all-girls school. Were you raised Catholic? If so, what impact did this have on your coming out?  Did it make it harder or easier? In what way(s)?

Like most Filipinos, I was raised Catholic: First Communion, Sunday Mass, the nine First Fridays, novenas, highly religious mother, the works. I spent a year in a strict Opus Dei school that confiscated a binder of mine in which I kept some writing with latent gay themes. They never returned it, but they never mentioned it either. I remember living in fear for the rest of that year.

My mother has an MA in Theology and Family Counseling, which I thought would make it easier for her to understand me if I ever officially announced my bisexuality, but I don’t think she has come to terms with it yet. I’ve mentioned my attraction to girls, and have brought home a girlfriend or two the way I’ve brought home a boyfriend or two, but she’s dismissive of the former even as she acknowledges the latter. I do think this has more to do with her religious upbringing than mine, as I’ve never experienced a conflict between my faith and my love. I’m lucky in that way, as I have had friends who have had a much harder time coming out to both themselves and their families on account of their religions, whether they’re Catholic or of a more conservative order.

What can you tell us about the experience of being bisexual – or more generally LGBT – in the Philippines, and specifically in the part of the country in which you live?

LGBT activity in the Philippines is a curious thing. On one hand, there is widespread acceptance and applause for the gay community insofar as they provide entertainment in popular media. My Husband’s Lover is a recent television show portraying a married man having an affair with another man; it’s getting excellent ratings and buzz. Local comedy clubs are often run by phalanxes of gay men, and the humor is of the brilliant and bitingly snide variety, zingers directed at popular culture, politicians, or audience members. Celebrity coming-outs are treated as spectacles. I think of Charice Pempengco, a young pop singer once featured on Ellen, who recently came out and changed her image accordingly – chopped and dyed her hair – and was then billed in a duo concert with Aiza Seguerra, another openly lesbian pop singer and a former Little Miss Philippines. The concert, if I remember correctly, was called “The Power of Two.”

I say Charice changed her image “accordingly” because Filipinos seem to have a set idea of what a lesbian looks like. Gay men are given more leeway in terms of their images, probably because of metrosexual culture, but gay women are often stereotyped as characters with cropped hair, bare faces, and oversized polo shirts. The more feminine a lesbian looks, the more resistance she might meet. I have heard doting aunts and mothers describe their femme daughters as “sayang” or “a waste [of beauty].”

This, like many other things in the Philippines, can be traced back to class issues and media portrayals. The class divide in the Philippines is something that is very deeply felt: the rich and the poor live in entirely different areas within the cities, and consume very different media. The middle class, or maybe just the social circles I am in, seems to be the most open-minded about how LGBT people – or people in general, for that matter – arrive in a multitude of forms, and I daresay the upper classes are more conservative, probably connected to religion and a maintenance of upper-class propriety.

I rarely spend much time outside the capital, where this divide can be observed, so I can’t speak for LGBT acceptance in the provinces, but what I know is this: the stereotypes that gay men and women bear – gay men run beauty parlors, gay women are all butch – are pervasive in media, and are sometimes yet another hurdle to leap in the process of coming out and living a life.

Bisexuals, however, are not as acknowledged as gays. They have little to no presence in media, and – I speak now from personal experience – are often understood to be people who simply can’t make up their mind.

What words are used to describe lesbian, gay, bi or nonheterosexual people in the Philippines?  Are these words equivalent to their English counterparts, or do they have a different meaning?

There is an entire list of words for gay men, ranging from casual to derogatory – bakla and bading are the most common – and the male gay culture itself has its own highly dynamic and fantastic vocabulary known as swardspeak. Swardspeak coins terms and verbal play that find their way into general Filipino slang, which, I think, nods to the gay man’s presence in Philippine popular culture. Lesbians, no matter how feminine, are accorded the terms tibo or t-bird, which are traced back to tomboy, which I personally find problematic because the root word is still, after all, male. Furthering my point on the lack of acknowledgement of bisexuals in Philippine culture: there is no Filipino word for bisexual.

You have written about your bisexuality in the Philippine media. What made you decide to speak out? What sort of response have you received?

My essay “Bi The Way” was written upon the request of a youth-targeted weekly publication: Young Star Philippines. They were working on an LGBT-themed issue, and reached out to me – along with a few other writers – to take on personal topics. It wasn’t a conscious decision to come out or speak out on behalf of anybody other than myself, but the gravity of being published as a bisexual hit me thrice: when my then-boyfriend tossed me my article and said, “You’ve come out in a national broadsheet,” when my mother casually mentioned that she didn’t read the essay despite it being shared by her enterprising friends on her Facebook Wall, and when the editor forwarded to me an email containing a ridiculously long and quote-heavy diatribe-cum-gospel from a rabidly Catholic reader.

Out of all of these, my mother’s silence stung the hardest. She has always been very proud of my writing and makes it a point to buy magazines in which I write about other people; why then did she refuse to read about me?

Do you have contact with bi activists in other countries? Do you see a value in transnational activism?

Funnily enough, I don’t see myself as an activist, nor am I very participatory in LGBT activism in the Philippines. I don’t join rallies nor do I spearhead events. What I do is write and speak and meet people, and if it moves people to action or changes minds for the better, I’d have done what I can in the best way I can.

Transnational activism is a tricky thing in the Philippines, a country with a long history of colonialism and, consequently, heaps of post-colonial issues. Filipino pride doesn’t take too well to foreign voices commenting on local culture, and when healthy transnational collaborations kick up noise or step on toes, these often get mistaken as interventions and are rebuffed. There is definitely value in transnational activism; welcoming it is a whole ‘nother issue.

What are your hopes for the future?

Oh, so much. To begin: the implementation of reproductive rights. Coming up with a Filipino word for bisexuality. The legalization of same-sex marriage. More accurate and multi-faceted portrayals of the LGBT in popular media. Also on my wish list would be open-mindedness about sexuality in general: the possibility of polyamory, open relationships,and all-around healthier discourse on gender. 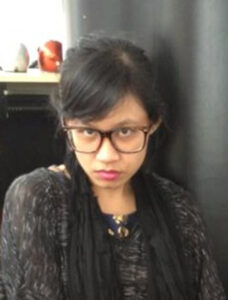