Around the World: On the Fence in Zimbabwe 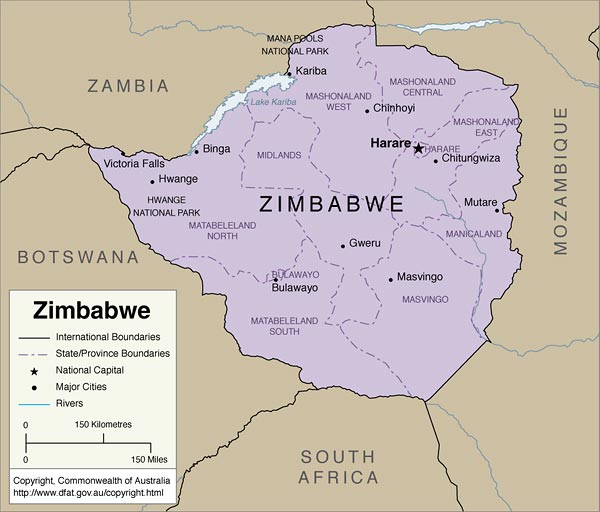 For this issue, we feature a short story written by Carol , a bi-identified woman living in Zimbabwe.

She sat there, the fence pricking her back. She looked to either side. There were many like her, male and female, sitting on that fence.

She wondered neutrally—without those certain feelings of uncertainty, undecision and confusion—how she had ended up on the fence. She remembered an argument she’d had a few years back with a now-friend. They had been at a party and this then-dimwit had told her she was bisexual. “What?” she had replied. “You are either straight or you are not. You people are just selfish. Do you ever consider people’s feelings? How can you sleep with two people of different sexes at the same time? Are you just sex crazed?”

Back then she could not understand how a person could be physically and otherwise attracted to both sexes. To her, as to many, it was either A or B, top or bottom, left or right, with nothing in between or other than that.

Now, back to the fence.

She just sat there quietly. She couldn’t voice her thoughts, that as long as she was with him, she would not sleep with anyone else, male or female, with him or separately. He would tell her she was confused, selfish and two-faced. There was no telling what he’d say or—worse—do if she told him the reason she had been going to school even after exams were over was not solely to check results. That she had exchanged looks with someone at school. That she had had interesting dreams. He would call her a lesbian…

He vanished. She exhaled a sigh of relief.

The girl from school came walking by on the other side of the fence and started moving toward her. Those eyes of hers did things to her, devastatingly good things. She looked down at her feet because she could not bear to lose herself in those eyes.

The girl moved closer and started touching her. “Do you feel this way when he touches you like this? I have seen how you look at me.”

She did not speak. She couldn’t. She merely cleared her throat.

“You need to leave your cocoon. Leave that facade of yours.”

The girl chuckled, a sarcastic chuckle. “So are you straight? Is that what you’re telling me?”

“I can’t listen to this nonsense. When you make up your mind, call me.”

A couple walked by. The woman on the fence looked down at her feet, still. The couple stopped. “Hi there, trying to hide? Look at us.” The guy spoke first. “Why are you sitting there all alone?” She couldn’t respond, just continued staring at her feet. They looked at each other, smiling. She had heard of bisexual couples who “understood” each other. She’d only thought it was something from a movie.

He got a phone call. “Ok hun, I’ll be there soon.” The woman smiled and nodded. He hugged her, they kissed and he left.

The woman turned to her. Still sitting on the fence, she cleared her throat and asked, “Where’s he going?” The woman chuckled, “To see his friend.” She couldn’t believe her ears. “And you don’t mind?” She shrugged. “Why should I mind?” “He also doesn’t mind?” She was not convinced. “Neither of you ever gets jealous?” The woman looked her straight in the eye. “Things are not all black and white.” The woman clasped her face in her hands and kissed her on the forehead. “Don’t worry, dear.” She gave her a reassuring glance and then she left.

Still sitting on the fence, she lifted her head up and just as the sun was being sent away by the moon, she saw a beautiful flag being hoisted in the distance. The colors of the rainbow glistened with the now orange sun.

Carol is a member of the Sexual Rights Centre in Bulawayo, Zimbabwe.