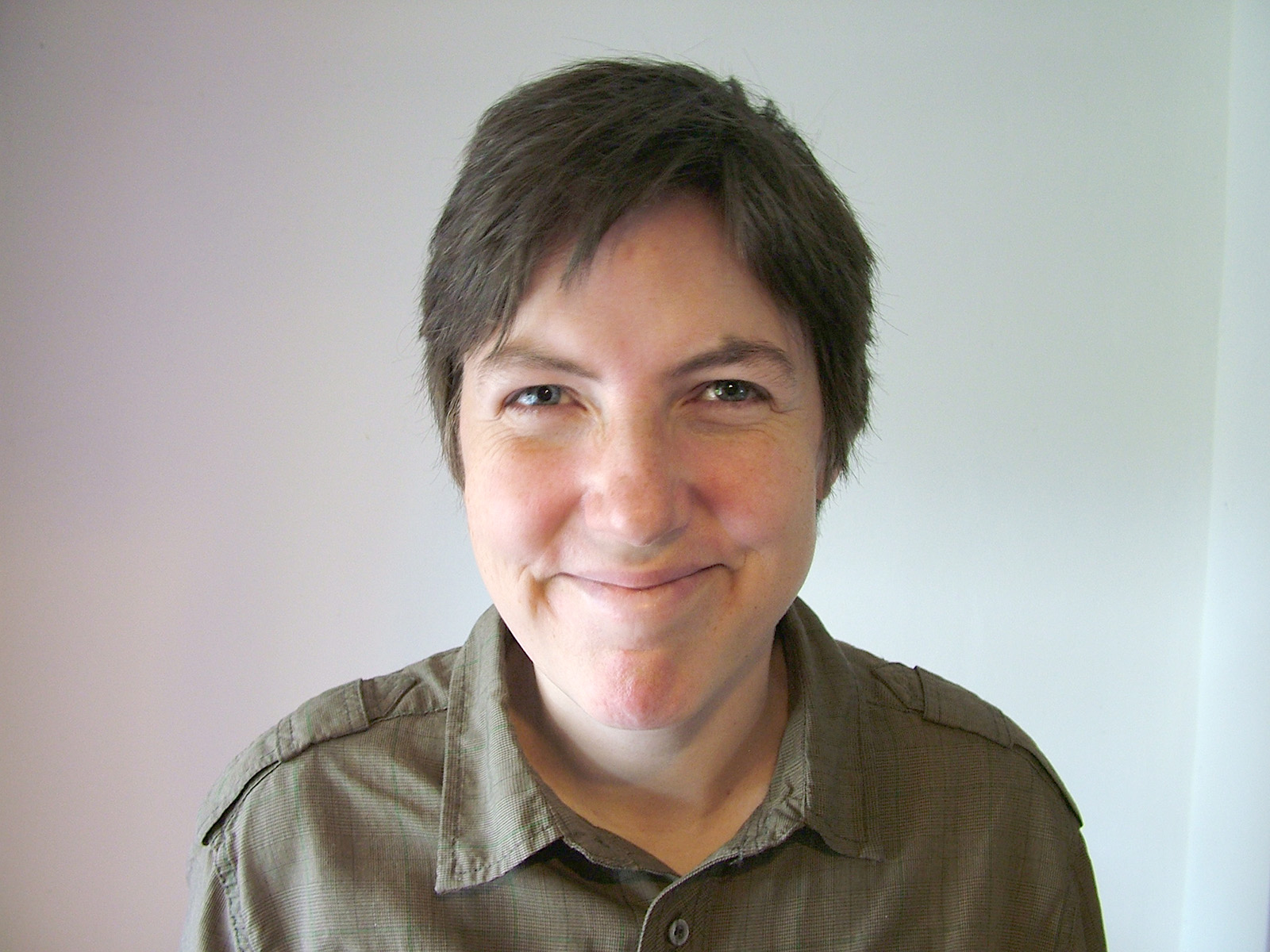 Robyn Ochs: Meg Barker, it is an honor to interview you! Please tell us about yourself.

Combining academic research, teaching, therapy, writing and activism is really important to me and I find that each of those feeds into the others, strengthening them all. I like not having terribly clear dividing lines between work and the rest of my life and most of my friends and partners have also been work colleagues, co-authors, and fellow activists.

My biggest passion is writing and blogging for a general audience, drawing on what I have learned from academic research, therapy and activism. Last year, I published my first book for a general audience, Rewriting the Rules (www.rewriting-the-rules.com) and that was one of the best moments of my life. The book is all about the taken-for-granted rules that we have about love and relationships, the ways in which those can limit us and the various alternatives that people have explored.

I’ve lived in the UK all my life and divide my time between the country and city. I enjoy climbing, running and foraging in the countryside and going out for meals, walking around town and socializing in the city. It’s a great balance.

RO: What is your main work around bisexuality?

MB: In relation to bisexuality, I’m a founding member of BiUK (www.biuk.org), a UK group dedicated to research and activism around bisexuality. We run BiReCon, a biennial conference which takes place before the annual UK BiCon community events. BiReCon brings researchers, activists, community members and organizations together to hear the latest bi research and to discuss how we can improve policy and practice for bisexual people. In 2010 BiReCon was before the International Conference on Bisexuality and we think it was the first international academic conference on bisexuality.

In 2012, BiUK produced The Bisexuality Report, which was similar to the San Francisco Bisexual Invisibility report, but focused on the UK. We’ve also produced guidelines for people researching and writing about bisexuality. And, of course, we do our own research on bisexuality, often using creative methods to get at different stories about people’s experiences of being bi, as well as more traditional survey techniques.

RO: What is your personal definition of “bisexual”? What about your own sexual and gender identity?

MB: I’m generally okay with “attraction to more than one gender.” I think that the “more than” part is important because there are definitely more than two genders. Some people like the definition “attraction regardless of gender” and I like that too because it suggests that things other than gender can be equally, or more, important in who we are attracted to. I like to question why our idea of sexuality is so bound up with gender of partners. Why not encompass other aspects such as the roles we like to take sexually, or how active or passive we like to be, or what practices we enjoy? Why is our gender, and the gender of our partners, seen as such a vital part of who we are?

I personally find it difficult to identify with one gender or one sexual identity, and my preferred gender pronoun is “they.” I also struggle with the distinctions that we often make between different kinds of relationships (e.g., partners and friends). I prefer to consider all the people I feel close to in my life, and all of the different aspects that connect me with them.

I think it is important to value the diversity of ways of experiencing gender, sexuality and relationships, rather than looking for any universal model that will apply to everyone.

RO: Do religion or spiritual beliefs relate at all to your views on sexuality?

MB: Over the years I’ve developed an interest in Buddhism and mindfulness and I think that has informed my views on gender and sexuality as well. One of the main ideas in Buddhism is that of “non-grasping,” so you try not to grab onto things too tightly when you like them, as well as trying not to hurl them away from yourself when you don’t like them. I think that’s a useful attitude in relation to so many things: feelings, relationships, and labels. Holding them lightly is a good way to value what they offer without demanding perfection. Buddhism also questions the idea of us being static, fixed selves, but rather uses metaphors such as that of a river for the way that we are always changing and becoming.

RO: What words are used to describe lesbian, gay, bi or non-heterosexual people in the UK? Are these words equivalent to their US counterparts, or do they have a different meaning?

MB: I recently examined a PhD viva [defense] about biphobia in sport, which found that bisexual members of UK sporting teams were often given nicknames like ‘half-pint’ or ‘half-blood’ suggesting that they aren’t really one thing or the other, or are somehow lesser than gay or straight people. Also the stereotypes of bisexual people being greedy or unable to make their minds up still persist. One thing that was tough for those bisexual sportspeople was that receiving nicknames also meant being accepted by the team, so they felt both positively and negatively about them at the same time.

RO: What rights are accorded to LGBT people in the UK/ England?

MB: We’re currently in the process of getting equal marriage (having had civil partnerships for some years), so that is the big LGBT rights issue at the moment. Unfortunately, a lot of the debates have involved arguing whether this will open the floodgates to acceptance of ‘polygamy, bestiality and pedophilia.’ It disturbs me to see consensual open nonmonogamy being lumped together with non-consensual activities by opponents and proponents of equal marriage alike. This suggests that we are a long way from folks in multiple relationships gaining any kind of recognition. As always there is a danger in rights activism that only the most normative people are included and others are still excluded.

That said, media representations of the diversity of genders, sexualities and relationship styles have been improving in the UK. Trans Media Watch have done some great work signing people up to guidelines regarding reasonable depictions of trans* people, and most of the articles written about Rewriting the Rules presented polyamory and open relationships as reasonable alternatives to cheating rather than sensationalizing and stigmatizing them. All of the reporting of The Bisexuality Report was really positive.

RO: What resources are available specifically for bisexuals in the UK? Are bi folks well-integrated into the UK’s sexual minority community?

MB: There’s a whole lot going on. BiCon has been running for nearly 30 years and there are local BiFest events in different places round the country. Bi Community News is a terrific magazine. The new Bis of Colour group is doing excellent work highlighting the intersections of bisexuality and race. And there’s so much more.

In terms of integration, it’s not so great. Many of the LG&B and LGB&T organizations claim to speak for bisexual people, but in actuality their work in this area is patchy. One of the recommendations of The Bisexuality Report was for all such organizations to be properly inclusive of bisexuality by having a dedicated member of staff, including visual representations of bisexual people in their materials and offices and making bisexual information available.

MB: Transnational activism is extremely important because we can learn from what people are doing globally around bisexuality. There may well have been an idea in the past that the UK and US are somehow the “furthest ahead” on LGBT&Q and bisexual activism and that really isn’t the case.

One very influential piece of work just out is Shiri Eisner’s excellent book (see page 14). Shiri’s ideas revolutionize bi activism, placing way more emphasis on intersectionality and power than we’ve seen in the past, proposing a totally different way of responding to bisexual myths and stereotypes, and drawing important links with other political movements like Palestine solidarity.

After that, Surya Monro’s next book also focuses on bisexuality and compares bisexual communities in different countries rather than maintaining the US/UK focus of much of the past research. Again, expect to see plenty on intersections of power and privilege, and on how bisexual activism relates to other political struggles.

The academic_bi list online (groups.yahoo.com/group/ academic_bi) is a great place for discussions of bisexuality research and activism globally.

Note: Meg keynoted the first US BiReCon. Coverage can be found later in this issue.