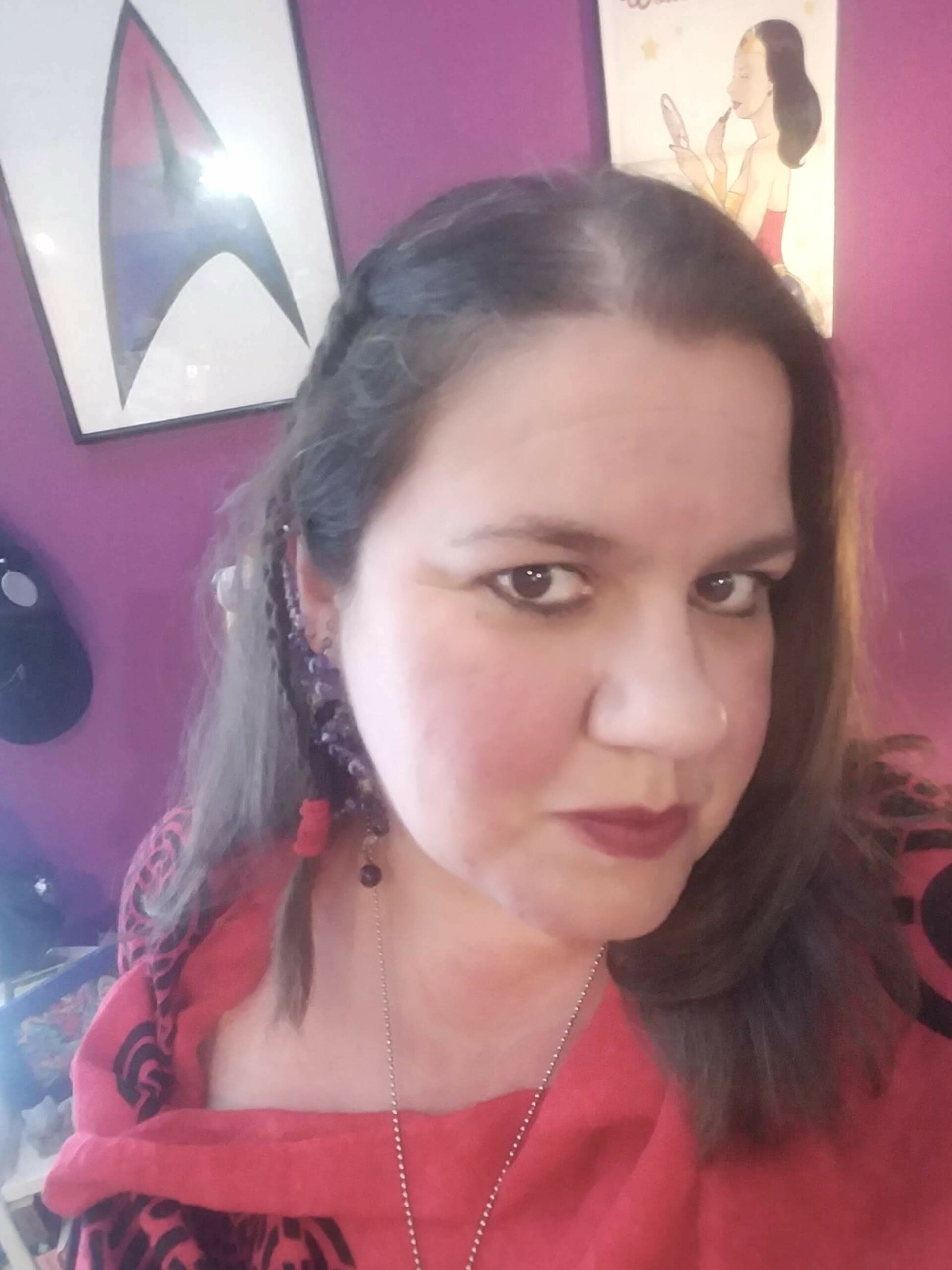 Legend tells of a party. It’s the late 1960s and George Takei walks up to Star Trek creator Gene Roddenberry and asks if he, a gay man, can see his character, Hikaru Sulu, portrayed as openly gay. Roddenberry tells him, very kindly, that it will never fly. It was hard enough convincing the network that Black women and other people of color could be in positions of authority on the show. Homosexuality? He just can’t do it. He still needs to be able to sell the show. The show still needs to make money for the network.

Star Trek is still canceled in 1969 and in a twist of irony that only the writing gods can truly appreciate, it is the queer love of the Kirk/Spock “slash” shippers that expand the fandom and usher in a whole new era of fanbase engagement. Later, Sulu would get his due when the character is shown as openly queer in the 2016 JJ Abrams Star Trek: Beyond movie. It is a small moment, but pays homage to Takei.

(For the uninitiated: the fanzines that featured the “slash” fic of Kirk/Spock were so popular that they helped to fuel the popularity of the show and keep it alive over the decades. You get the term “slash fic” from that little slash between their names, my queer friends.)

It is 1987. Patrick Stewart intones “Space, the final frontier” for the very first time. Star Trek: The Next Generation has premiered and for the next almost twenty years, queer children of what comes to be known as the Berman Era of Trek (referencing executive producer Rick Berman) will be given the likes of Tasha Yar, William Riker, Data, Kira Nerys, Jadzia Dax, Elim Garak, Julian Bashir, Quark, Odo, Kathryn Janeway, Harry Kim, Seven of Nine, and Malcolm Reed. A new era had arrived, one where the queerness was far more accessible.

But for all of the coded queer images the tellers of Trek tales gave us, and despite the best hopes and wishes of many of the actors and writers, the main characters of the franchise remained … well … straight.

There were the well-intentioned and yet often awkward episodes. Like the TNG one where Riker falls for the alien who is supposed to be non-gendered but identifies as female (legend has it that the character was initially supposed to identify as male, and Jonathan Frakes championed this idea, but the network shut it down). There was the Trill one where despite multiple host bodies, the symbiont loves Beverly. Then, there are the DS9 episodes that really don’t age very well, where Quark explores different concepts of Ferengi gender. There’s that Cogenitor episode of Enterprise that definitely had its heart in the right place even if, as with all of the other “gender and sexuality” episodes of the time, it tripped over itself trying to do the right thing.

There is one stand-out in all of that, though. In a moment of bittersweet tenderness we watch the joined Trill Jadzia Dax fall for the current host of a past spouse. In the episode, the taboos were not about same-sex love, but instead about the complexities of Trill society and the problems of falling for someone who was involved with a past host. The iconic image of Terry Ferrell and Susanna Thompson locked in a passionate embrace is still one of the first pictures to come up in a search for Deep Space Nine.

But for all of the coding, all of the promise, the only place we saw queer characters was in the mirror universe, where sex and sexuality were used to define personality and very rarely in a positive light. It didn’t matter that we learned how Andy Robinson played Garak as being in love with Bashir. Or that Nana Visitor and Terry Ferrell would have been open to Kira and Dax getting together. Coding is coding after all.

(And, for the record, there is a difference between coding and baiting. They are defined at the end of this article.)

But then, something happened. Trek fans resigned to writing and reading their queer fic into eternity learned of a new show. A new franchise. And, we soon learned, a future where “Queer in Space” was a very visible reality. Helmed by producer Alex Kurtzman, the franchise was about to take on a whole new dimension.

In 2017, Star Trek: Discovery premiered. A show starring a Black woman (Sonequa Martin-Green as Michael Burnham) and featuring multiple people of color in positions of leadership. And many of those characters were also openly queer.

Discovery gave us something that is so rare to see in mainstream television: queer people who are not just integral to the plot but who also have realistic, adult relationships that aren’t about the trauma of coming out. They’re just about the trauma of life on a starship. During wartime. In the middle of chaos. In the calm of peace. In season one, when we first see Stamets and Culber together, they are just brushing their teeth at the end of the day. Just brushing their teeth and talking. Not pushed to the side. Not ignored. Just being … people.

Over four seasons of Discovery, all of the openly queer characters have been played by openly queer and trans actors. Wilson Cruz, Anthony Rapp, Tig Notaro, Ian Alexander, and Blu del Bario all exist as this found family onboard the USS Discovery. In addition, Discovery actors Mary Weissman, Mary Chieffo, and Emily Coutts are also openly queer members of the company. The show is currently led by openly gay writer Michelle Paradise, who took over from Aaron Harberts, who is also openly gay.

But still Trek fans shifted uncomfortably, waiting to see what the other shows of this new Kurtzman Era would give us. Would Discovery be the only queer show? At first, it seemed so. Until (SPOILER ALERT!) the confirmation on Lower Decks of Mariner’s bisexuality, and the powerful relationship between Raffi and Seven on Star Trek: Picard.

Even more, as Star Trek: Strange New Worlds approaches a premiere date, we are seeing the portrayal of iconic characters by non-binary actors (Celia Gooding, as Uhura), and starting in May 2022, we will be able to see what they do with the gender and sexuality representation in this next Trek iteration. Will we see more bi male representation? Or more lesbian rep? (Raffi and Seven on Picard are both confirmed to be bisexual.)

It’s been a long road (see what I did there?). And it’s been a frustrating one. It shouldn’t have taken fifty years for fans to see active, open representation of themselves in the canon or for the producers to actively celebrate queer stories. Given the backlash against the queer characters on social media, it can be argued that there is a clear line from the network refusing to highlight representation from the get-go to how people blast newer Trek for being “too gay,” and that failure to cultivate positive stories is a legacy that era of producers must live with.

It is 2020. The story has been confirmed that at a convention, Michelle Hurd (Raffi, Star Trek: Picard) and Jeri Ryan (Seven, Star Trek: Voyager and Picard) took a photo together. When they looked at it, Michelle jokingly declared “now that’s the cutest couple ever.” The producers saw the picture and ran with the idea. They never questioned, never worried about what the network would say. They just looked at two women with amazing chemistry and said, “Let’s tell that story.”

Queer Baiting: to create the active belief in canon that a character is queer in order to attract and monetize queer viewers and then “bait and switch” to cement the character as straight.

Queer Coding: writing and acting in ways that “identify” a character as queer to audiences and never removing the idea that the character could be queer no matter how they end up romantically attached by the end of the story.

Shauna Brock is a (recovering) community organizer. She was the founder of Utah’s 1 to 5 Club and now focuses her time on writing queer romance and watching way too much Star Trek.