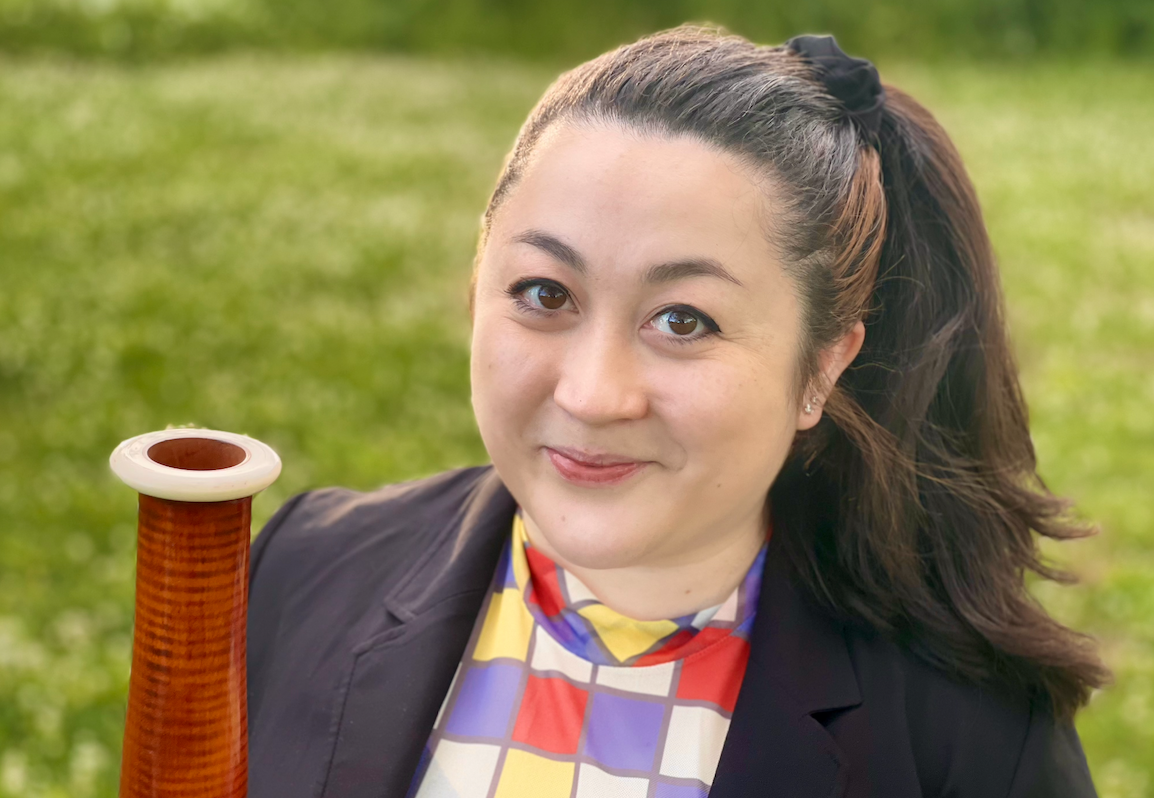 My electroacoustic compositions use found soundscapes and electronic distortion to explore themes of  identity, relationships, trauma, resilience, and reclamation. Professionally, I am a musician, educator, and social work scholar; personally, I am a mixed-race Asian woman and bisexual person. These intersecting identities are inseparable from my musicianship and influence everything I create, including this new work.

As an orchestral musician trained in the European classical tradition, I am usually expected to perform music written by other people, typically the white cis noblemen who have dominated the art form for centuries. During those performances, it is expected that I, as the performer, prioritize the creative voice of the composer over my own creative voice. On top of that, I must honor all the traditions of the concert hall: sit up straight and proper, wear all black to blend in, and make sure the music is elite and pretty. To subvert these harmful traditions, and in an attempt toward queering my instrument (the bassoon), I have composed Pantone 258. For the first time in my performance career, I can feel complete creative and bodily autonomy while I perform.

This chaotic six-minute piece for electronic soundscape track and improvised bassoon is in three distinct sections, each one inspired by the colors on the bisexual pride flag. The first: Pantone 226 is punk and celebratory. The second: Pantone 286 is aquatic and undulating. And the third: Pantone 258 finally finds stillness and harmony. The piece premiered in October 2022, on the anniversary of my coming out. Audio materials in the track include nature field recordings, percussion, speech recitations of each Pantone code, and sine tones at hertz numbers matching the Pantone codes.

A video of the premiere performance of Pantone 258 can be viewed here: bit.ly/pantone258