Planning has begun for a third MeetUp. If you are interested in attending, and/or if you would like to join the Bi+ World Network Facebook group, email Robyn at biwomeneditor@ gmail.com. The next meetups will be on July 11 and October 8. 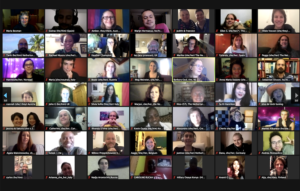 Below, two particpants describe their experience at this event:

What Attending My First World Bi+ Meetup Meant to Me

I was born and lived in Russia for the first 22 years of my life. I am now an Australian citizen based in Sydney.

Joining the Bi+ World online gathering was an interesting experience, and it was well worth getting up at 5am to join so many others at 6am—in my time zone—on Zoom.

My experience was colored by the fact that I have recently become an activist, supporting the local community of bisexual, pansexual, and omnisexual fellow humans in Greater Sydney. I joined the online conversation with this burning curiosity to hear about other people’s struggles, pursuits, and insights. And, of course, I had also heard of Robyn Ochs, albeit somewhat vaguely. I was excited to meet one of the heroes in the space of sexuality rights.

Breaking into four-person conversations provided a great opportunity to hear other people’s stories. I met people who were hiding while living in conservative small towns feeling invisible and alone, people who have been fighting for the right to exist longer than I have been alive, and those who are now joining forces with elder activists, following in their footsteps.

I felt simultaneously heartbroken and inspired by the challenges participants face in their hometowns. It reminded me how much more work there is to be done. At the same time, being a part of a Bi+ World gathering felt like a hopeful sign, because this would have not been possible for me back in Russia.

In Australia, I found out about the event on social media through other people’s shares. I think the reason  I even came across such a share is because I am the creator of the Bi & Prejudice account on Instagram, which connects with amazing people who encounter and notice information that is important and useful for myself and my community. I have been actively seeking out and connecting with organizations and communities all around the world, which has been adding to my understanding of myself and of the world around me.

Joining the Bi+ World MeetUp reminded me that I am not alone. It reminded me that my struggles aren’t weird or lonely, that my life is valid and worthy, and that I have friends all around the globe.

Anna Kochetkova is a Russian-born Australian author and poetess, social media strategist for not-for-profits all around the country, and a passionate bi+ activist based in Sydney. Anna is the creator of the Bi & Prejudice Instagram space, which celebrates multisexual attractions and human diversity. Anna’s book on bisexuality is coming out in October 2021. 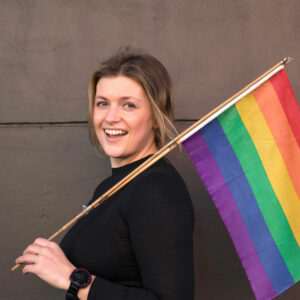 Bear with me for a moment as I walk you through some disheartening statistics: According to the 2010 National Intimate Partner and Sexual Violence Survey conducted by the Center for Disease Control and Prevention in the United States, bisexual women are at an increased risk of rape, physical violence, and/or stalking by an intimate partner (61.1%) compared to both lesbians (43.8%) and heterosexual women (35%). The Bisexual Resource Center reports that approximately 40% of bisexuals have considered or attempted suicide, compared to just over 25% of lesbians and gay men. As recently as 2019, a survey conducted by Stanford University and analyzed by Pew Research Center found that, while bisexuals make up approximately half of the total LGBTQ+ population, only 19% of bisexuals can report being out to everyone closest to them, compared to 75% of lesbians and gay men. According to the same survey, 26% of bisexuals are not out to any of the important people in their lives, compared to 4% of lesbian and gay adults. Bisexuals are frequently isolated, stigmatized, and subjected to mistreatment by heterosexual and gay communities alike; bisexual women in particular are denied agency as both bisexual people and as women, accused by heterosexuals of only “claiming to be bisexual” because it’s “trendy” and maligned by an incredibly vocal fringe of the lesbian community for “centering men” and “fetishizing” the experiences of women-loving women.

I’m sure I don’t need to overstate the importance of community and a strong support network, especially for those who are marginalized in some way, such as through racism or ableism. This goes double for bisexuals and perhaps triple for bisexual women, who are forced to contend with the unholy combination of misogyny and biphobia in both heterosexual and gay spaces. As a young bisexual woman living in conservative and rural Northeast Pennsylvania, I don’t have much of a community to speak of. Certainly, there are extremely few people with whom I’d feel safe and comfortable discussing my bisexuality! That’s why I immediately jumped at the opportunity to attend an international Zoom conference for bi+ people on April 30, 2021.

The Bi+ World Meetup, hosted by Bi Women Quarterly’s Robyn Ochs and Bi+ Nederland’s Barbara Oud, was advertised on Facebook as a low-key affair, intended for bi+ people of all ages, nationalities, and orientation labels to meet and make merry for an hour and a half. Forty-five minutes of the conference were spent in the main space with casual discussion directed by Robyn and Barbara, interspersed with three fifteen-minute sessions during which the 50+ people in attendance were split up into groups of three or four and given fun icebreakers to get the conversational ball rolling.

I learned of the meet-up through a post made by Robyn on Tumblr. It instantly struck me as a fantastic opportunity to do something I’d been yearning to do for years, ever since I realized I was bisexual in my late teens: meet and talk to other bisexuals to establish connections in the bi+ community. And the meet-up did not disappoint! During it, I had the privilege to speak with a number of fellow bi+ women of all ages and from many different countries; each one brought to the table their rich experiences, courageous outspokenness, and charming senses of humor. At the end of the meet-up, Barbara asked everyone to share how they felt, and the word that echoed loudest in my brain was held. I felt held, and warmed, and connected in a way I had never experienced before. I had known, of course, that there were other bi+ people out there—many of us! But it wasn’t until the meet-up, when I had the opportunity to meet some of those lovely people face to face, that the knowledge truly struck me and left me feeling reassured and brave: reassured because surely the bi+ community, full of such strong and vibrant people as it is, can weather anything the world throws at it, and brave because that strong and vibrant community includes me. Who would’ve thought?

If you would’ve liked to attend the meet-up but didn’t or couldn’t, fear not: This was the second one, and there will definitely be more events like this in the future. I encourage anyone interested to contact either Robyn or Barbara on Facebook and ask for an invitation to join their Bi+ World group. You can also find Robyn on Twitter, Facebook, Instagram, LinkedIn or Tumblr (@robynochs) or email her at biwomeneditor@gmail.com.

The second Bi+ World Meetup was a profound and heartwarming experience that I will cherish for the rest of my life. I very much look forward to attending the third this summer. Will you be there?

Nicole Swisher is a bisexual woman in her early twenties living in Northeast Pennsylvania. She enjoys reading, creative writing, and talking with others about bisexual feminism. 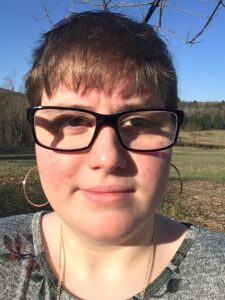