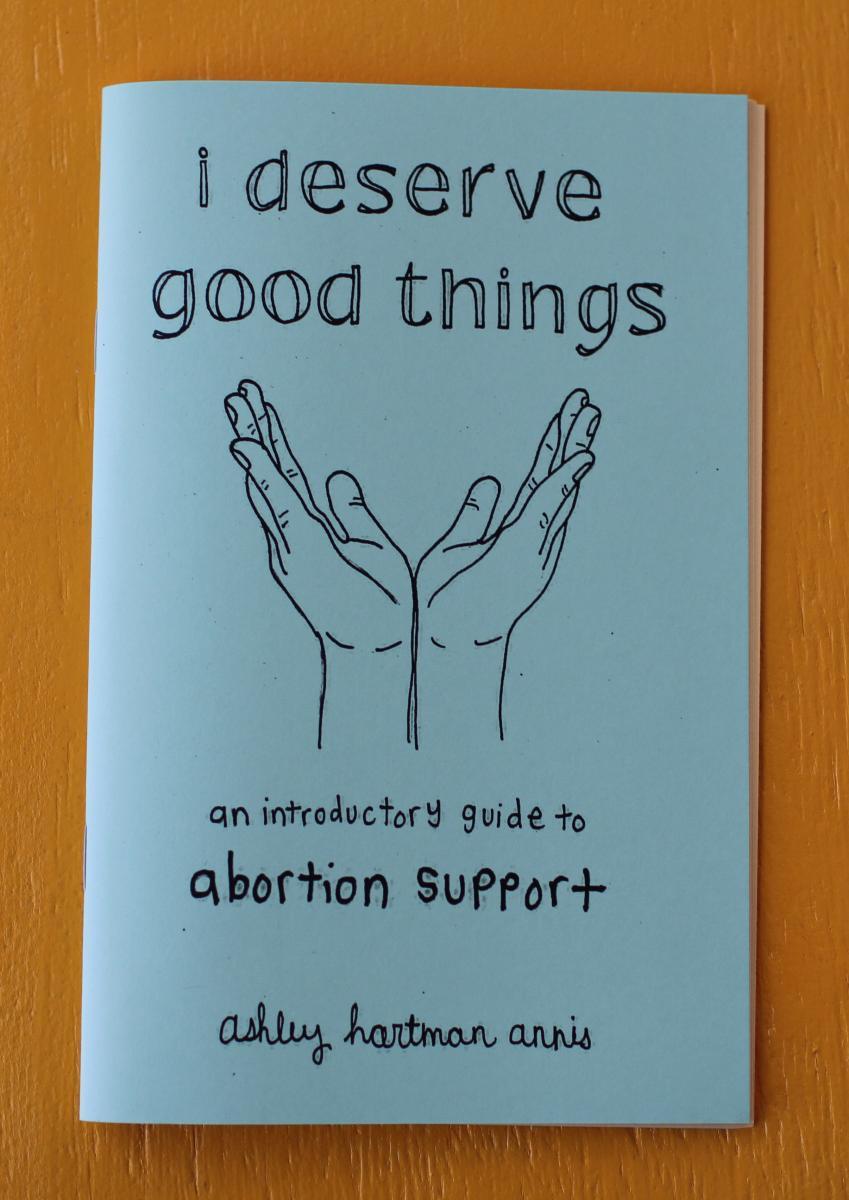 As a server in a small restaurant in my seaside town, I know to keep quiet about my politics if I want to keep my job. Unfortunately for people who don’t agree with me, I don’t need the job that much.

A man at the bar was talking about how he “doesn’t think Roe should have been overturned BUT…” while his wife made gentle pro-choice interjections. “Groups are trying to raise money for people who want abortions,” he said. “What do these women need money for?” I explained that most people can’t afford a last-minute plane ticket and hotel booking in a state that allows abortion. This appeared to blow his well-heeled mind.

“Shouldn’t we be concerned that there’s no limit on how late in the pregnancy you can get an abortion?” he continued. Both his wife and I argued that those cases are extraordinarily rare and virtually always the result of dire, desperate circumstances. I added that focusing on that part of the issue is a distraction from real concerns around reproductive health. The man countered that it is a real concern that abortions are happening mere hours before childbirth, where the limbs of the fetus are being vacuumed out of the womb. Rest assured, readers, I made the same Oh My God WHAT face that you are making right now.

Here’s the kicker: “As a doctor, I know that—” he started. “You’re an M.D.?” I interrupted. And that’s when I was officially done. Done leaving the fates of our lives to the powers that be, since they often be mean and stupid. And done thinking that anybody but the pregnant person themself, even if they are a minor, should direct the outcome of the pregnancy.

The rallying cry “Resist!” refers to resisting illegitimate authority. This was the kind of resistance offered by the Janes, a secret group of young American women who performed illegal abortions in the years before Roe v. Wade was decided (1973). In the zine Jane by Judith Arcana, one of their ranks explains, “The view of the members of Jane were simple: respect begets respect. If doctors and the law didn’t respect women, why should [women] respect unjust laws?” It’s with this quote in mind that I set up the Little Free Bodies (LFB) Project. With small donations, I buy certain zines that explain how to engineer your own abortion. I ship these zines to volunteers in different states who make them accessible by putting them in Little Free Libraries. (See littlefreelibrary.org.)

The LFB Project is on the website for Tiggy Upland, my alter ego who educates the public on bisexuality. Tiggy’s site seemed an apt place for this since bi+ folks have statistically awful health outcomes. This is largely due to a lack of societal support, which is also a major factor in being able to control one’s reproductive choices. The volunteers tell me that they most enjoy spreading information directly to people who need it. Even before Roe fell, many Americans did not have access to abortion; now, LFB puts the power to act right in their hands.

We need people supporting a variety of strategies in the fight for reproductive rights. I’m a big fan of democracy so when I try to effect change, it’s usually by writing to my political representatives, signing petitions, and voting. Another potent approach is donating to established pro-choice organizations that connect pregnant people to faraway resources. If you’re a small donor who wants to directly empower those most affected by an unwanted pregnancy, or a volunteer looking for a convenient one-time opportunity, the LFB Project might be the right action for you.

Well-meaning people ask, “Is this safe?” Some of the zines I use simply give resources and strategies, and the ones that give instruction are written by professionals. But if you are concerned that the methods of abortion discussed in these zines are riskier than a surgical abortion performed in a clinic with sterilized instruments by medically licensed staff, then you are correct. They are riskier than that. My close friend with a doctorate in pharmacology has these same concerns, but she has donated to LFB twice already. “I hate that we have to do this project,” she admits. “But I hate even more that people who don’t want to be pregnant are having their options taken away.” You’ll see on the website that I’ve done work in addressing the U.S. cash bail system in jails. One lesson I’ve learned doing that is: if you want to give the power back to the person most affected, then give it to them. No hesitating, no strings attached, no paternalistic handwringing. Be it bailing someone out of jail or making medically accurate abortion literature widely available, what you’re doing is perfectly legal. In fact, if the person you’re helping had money, they would have already helped themselves.

Another lesson I’ve learned is that when the state has chosen an unfair remedy to some societal ill (say, putting people in jail before their trials), your activism should present a different choice that attains justice (like bailing out as many of them as possible). If people are worried about the safety of what you’re doing (“What if you’re bailing dangerous people?”), do not budge. Make it clear that you will continue availing your option, so their best bet is to support a choice that satisfies safety and fairness concerns (pushing for automatic Dangerousness Hearings, for example). In this way, the mere existence of projects like LFB encourages the support of other pro-choice strategies.

When several states recently (re-)outlawed abortive options, the message was: “Now you have no choice but to bring your pregnancy to term.” I am comfortable responding to our government, “No. If a pregnant person believes that one of these do-it-yourself options is still better for themself than bringing a pregnancy to term, then I want to arm them with the best information on those options.” I’m proud to report that the Little Free Bodies Project has put zines on facilitating your own abortion in ten states so far.

The volunteers and donations that I initially rounded up among friends has dried up, so I’ve been trying to find the best organizational model to go forward. While I consider partnering with bi+ organizations to reach new supporters, I still check my inbox to see if anyone wants to help. If this project sounds like your jam, please visit www.tiggyupland.com and click on Little Free Bodies. No degree, job, or elected office gives anyone the right to decide the outcome of other people’s pregnancies. You don’t have to sit there and take this, so don’t.