How To Herd A Thousand Points of Light 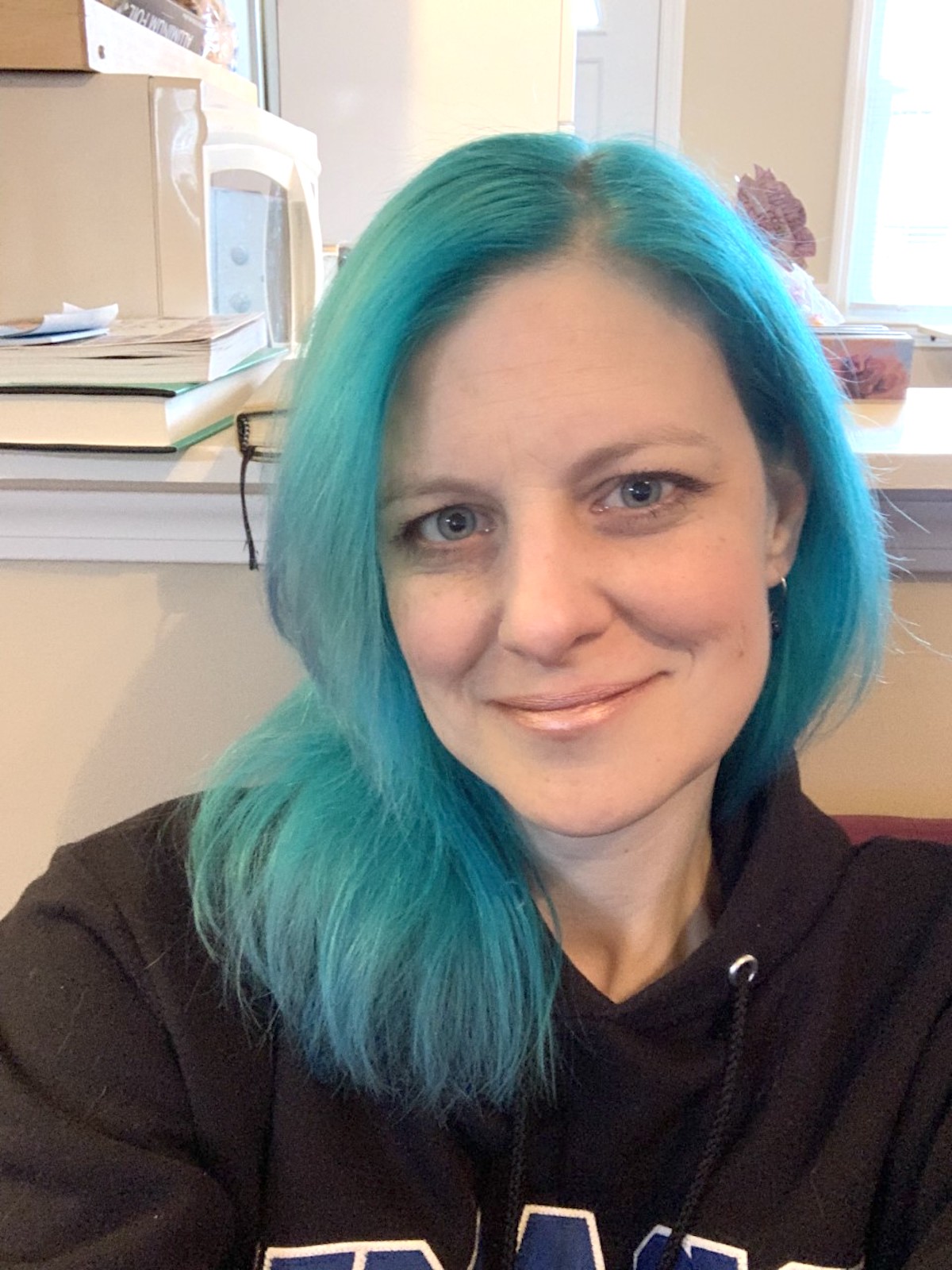 Even the most well-known bi+ organizations are likely to use faithful volunteers to do all of the work. As LGBTQ+ philanthropic groups give bi+ organizations less than 1% of their funds to serve over 50% of the queer community, paid positions have historically been elusive. Or, you know, imaginary.

So, we soldier on, money be damned. While we are certainly, uh, grateful for this opportunity to develop grit, and tenacity, and…um, lemme think…character, we’ve developed a lot of character…we’re also burnt out. How can small bi+ groups consistently recruit and retain volunteers without wringing every last drop of energy out of them?

To find out, I interviewed women from two queer community groups that have volunteer management down to a science. Eve Alpern and Jen Langely volunteered for and then helmed a project called The List after founding director Hannah Doress left. Belle Haggett Silverman, president of the Bisexual Resource Center, has been inducting volunteer members to this working board for several years now. Here are the best practices that they have adopted to cultivate a solid cadre of—ahem, unpaid—supporters.

Provide an indispensable service to the community.

Jen remembers that when The List resurrected the queer women’s scene in the 1990s, it quickly acquired responsibilities to the local press who expected the organization to regularly alert them to events.

But Eve notes that allegiance to The List went much deeper than its media responsibilities. “The List began managing volunteers through Hannah’s live events company. By the time we transitioned to solely the listserv, we had a long history of amazing events. People felt deeply indebted to us.”
Eve continues, “We didn’t know anyone who hadn’t gotten some benefit from The List. It was a whole social and dating scene. Lots of people were invested: it solved a problem.” Jen, who met her future wife through The List, agrees. She says, “We didn’t want this thing to go away. It became a part of our lives, like…a cousin.” I think we all have that cousin, bless her heart.

Give the people what they want.

“I learned clearly why each person was volunteering and what was in it for them,” Eve reports. “Are they lonely? Do they want to meet people? Learn Boston? Get a job? Get laid?”

Jen concurs. “You’d get someone who really wanted to, for example, run the Housing List and they would stay for a long time.” She and Eve were extremely busy with their own tasks at The List, but this worked in the volunteers’ favor. “We didn’t micromanage someone once we got them going,” Jen explains, “because we didn’t have time.”

This is an important tenet in managing volunteer board members. “I’m good at thinking about how to make sure that folks are not only doing the work but also doing it sustainably,” Belle says. “Are people enjoying their work? That’s the worst thing about burn out: the resentment.”

In order to avoid the dreaded Volunteer Burn Out affliction, Belle helped institute board term limits and a vice president position. The latter takes some work off the president’s plate and learns the President’s job in order to eventually move into it. At the annual retreat, she includes as a standing agenda item that everyone write down all of the things they do for the board and star which items they would like to hand off..

Belle feels that all this, plus a formal sabbatical policy, “allows for conversations around taking a break. It gives the volunteer a light at the end of the tunnel, and the board sees where it needs to recruit. We need institutional practices and cultural norming.”

Eve has a similar perspective. “We were not the most ambitious versions of ourselves, but that meant we could stick with it longer. We created systems and worked with volunteers on whom we could depend.”

Create a space for them to be their whole, best selves.

When the BRC recruits board members, there are no expectations for new members for about four months. “Try us on; see if you like it; we’ll see what your skills are and where you’re needed,” offers Belle. She regularly checks in with new recruits until the annual retreat, where they have a chance to choose a focus. This freedom has led to many more potential board members, particularly across the gender spectrum.

Eve thinks that The List’s success in consistently recruiting a large and diverse cadre of volunteers came from “[founder] Hannah Doress’s need to make everyone feel like they were in the in-crowd. She was doing programming for trans, genderqueer, and butch/femme people before we even had words for it.” She goes on to attest, “Hannah had a B and a T in everything she did. All of the conversations I’ve had about intersexuality were at The List.”

The bittersweet reality, says Eve, was that The List was the only place that felt like home to many of the trans people volunteering there. “The List definitely attracted quirky people who…wanted to try out parts of themselves.”

Looking back on those days at The List, Jen recalls that there were far fewer ways of connecting with potential volunteers. “We were often able to advertise for volunteers through The List itself and via word of mouth,” she shares. In fact, when Jen saw Scent of a Butch at Ryles Jazz Club, a performance produced by Hannah’s event company, she approached Hannah after the show and begged to volunteer in any capacity.

When asked how the BRC is recruiting so much new energy to the BRC board, Belle replies, “By being known in the community for good work and broadening our reach.” She reveals that the new members primarily know the BRC from its online presence, thanks to excellent social media management and one board member’s exquisite graphic design skills. “We’re a pufferfish!” Belle exclaims, referring to the organization’s ability to appear like a much larger operation. “That attracts talent.”

Change with the times.

Belle feels strongly that the BRC should shape the volunteer roles to the people and the organization, rather than maintaining what already exists. Jen and Eve demonstrably feel the same, as volunteering for The List changed dramatically with each shift in leadership. When founder Hannah Doress left in 2000, The List remained while her events production company, Hanarchy, dissolved. Volunteers who had been mostly helping with events had to pivot to the more solitary work of The List.

And yet, there was “no mass exodus” of volunteers. Eve and Jen were able to build on the goodwill that Hannah cultivated among volunteers. After a thoughtful leadership transition, they upgraded their systems and recruitment around these changes. Eve explains, “We’d meet with [new volunteers] and give them the passwords and the six steps to post to The List… We could go months without interacting with them.” Some much preferred this environment for reasons ranging from safety and privacy to the comfort and convenience of helping from home at any hour.

When The List’s leadership transitioned once again—this time to Kristen Porter, who continues to run it today—they faced the increasing technology demands of subscribers. I caught up with Kristen, who feels that it “was so different from the text-only List that Eve and Jen managed, in some ways comparisons are hard to make.”

Modifications included adding a social media presence, a Google calendar of events, a website, and an app-based submission mechanism. “We gave several surveys to subscribers to address their developing needs and the changing demographics of The List,” says Kristen. “As a result of all these additions to The List’s offerings, our volunteer needs grew, as did the technical skills required.” Currently, The List has traded out volunteers for community partners: 23 related organizations who, in Kristen’s words, “carry on The List’s mission by expanding the platform to many different voices.”

Success does not mean perfection; these organizations face common challenges in volunteer management. Both criticize the institution of volunteering as fundamentally exploitative. Both lack a proper application and assignment process. When I tell Jen and Eve how I wish I could manage volunteers as deftly they did, Eve assures me, “We burned people out, too, sometimes. It was messy.”

Having served on community boards and worked for many non-profits, I know how hard it can be to recruit and retain volunteers. I wrote this article because I was intensely curious as to how folks from The List and today’s BRC board have done it so well. Belle reminded me that the viewpoint of a group’s leaders may be the most important element. An abundance mindset teaches us that the more we give to the community, the more it will provide for us. Collectively eliminating a fearful, zero-sum attitude among your leadership is the first step to drawing the impassioned, loyal following that enables your very own bi+ organization to flourish.