Hacks Is Fresh and Original 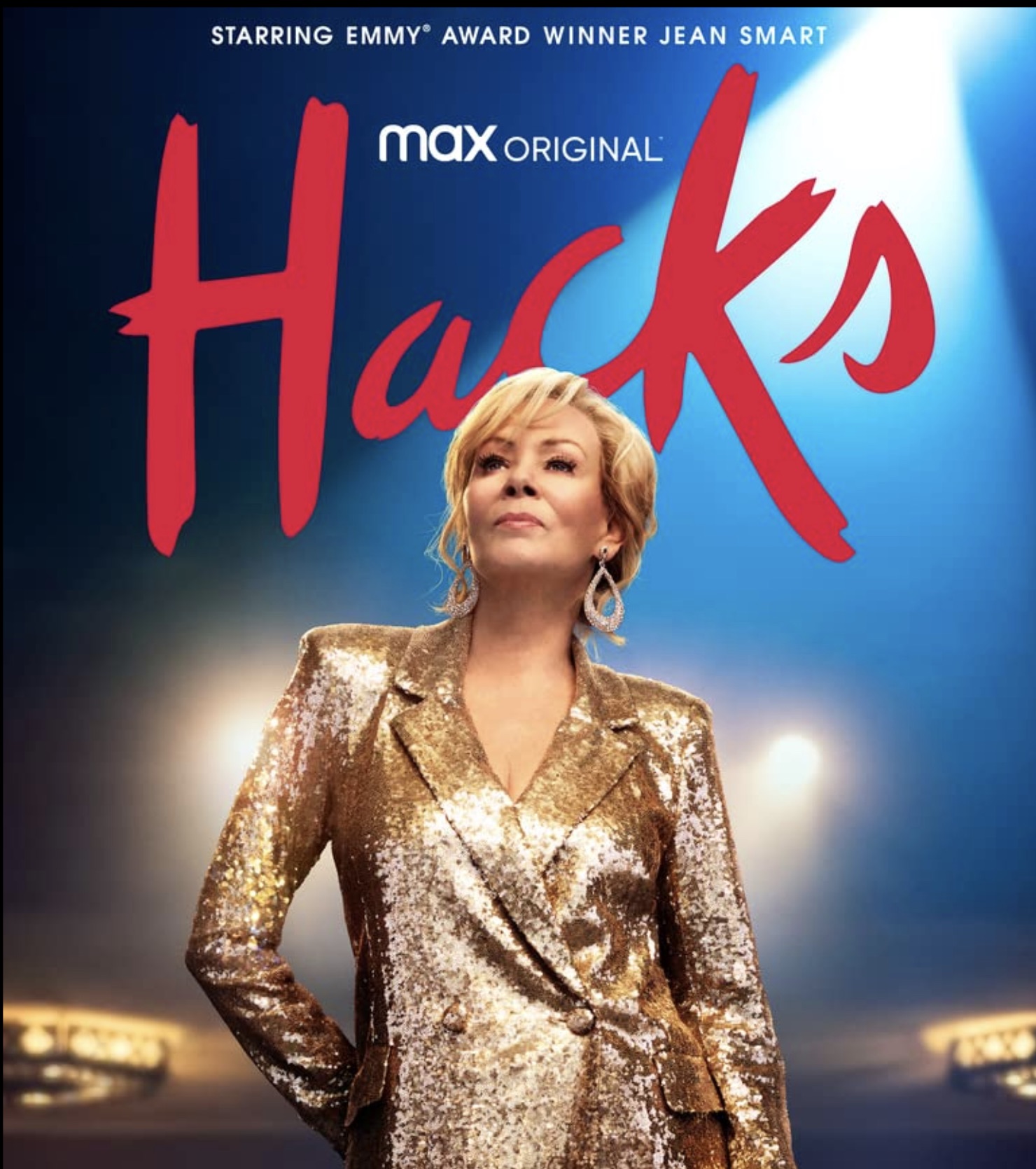 A Review by Jen Bonardi

In HBO Max’s Hacks, newcomer Hannah Einbinder is Ava, a 20-something social media phenom turned comedy writer who crossed the line online. In an effort to save her career, her agent assigns her to write jokes for Deborah Vance, played by the spectacular Jean Smart. With a background that’s a little Joan Rivers and a little Cher, Smart’s character has a career that spans the decades in which being a woman in comedy was lonely and rife with humiliating hurdles. Suffice it to say, Deborah is a force to reckon with. Meanwhile, Ava considers the idea of moving from glamorous Los Angeles to sweltering Las Vegas to work on a live show for an aging star to be the seventh circle of hell.
Throughout the show is woven a push-pull between the two women that mirrors that of L.A. vs. Vegas, networks vs. friendships, young adults with progressive values vs. older folks with the wisdom of experience. Ava is the rare bird who is both funny and politically correct, but it comes with tendency to be a bit of a judgmental know-it-all. Her ex-girlfriend brings it to her attention: “This is exactly why we broke up. You think that you know everybody better than they know themselves.”
Deborah is easier to read: she’s a wealthy woman of a certain age who wasn’t taught to care about the feelings of vulnerable people. Certainly, no one cared about her as a woman in comedy, and clawing her way to the top has made her into a bully. As much as Ava doesn’t immediately appreciate what Deborah had to do to achieve success as one of the only women in comedy, Deborah doesn’t quickly grasp that Ava didn’t just fall ass-backward from internet fame into a sustainable writing career.
Ava’s bisexuality serves as a subtle conduit for the overarching theme of inching toward intimacy. Neither Deborah nor Ava will let anyone within ten emotional feet of them; even casino owner Marty is someone Deborah holds at arm’s length, their undeniable chemistry notwithstanding. But as the two women slowly let each other in, we receive the message that this relationship is as important as any romantic relationship.
Hacks realistically depicts Ava’s bisexuality as an intrinsic part of her character but not central to the plot. In an early episode, she gives Deborah a wonderfully pithy yet precise description of her own bisexuality. The show includes uniquely bi experiences—including our ultimate nightmare: being outed on a date—and doesn’t shy away from using the B-word. Call it the Bisexdel Test* for bi+ representation: Hacks passes with flying colors.